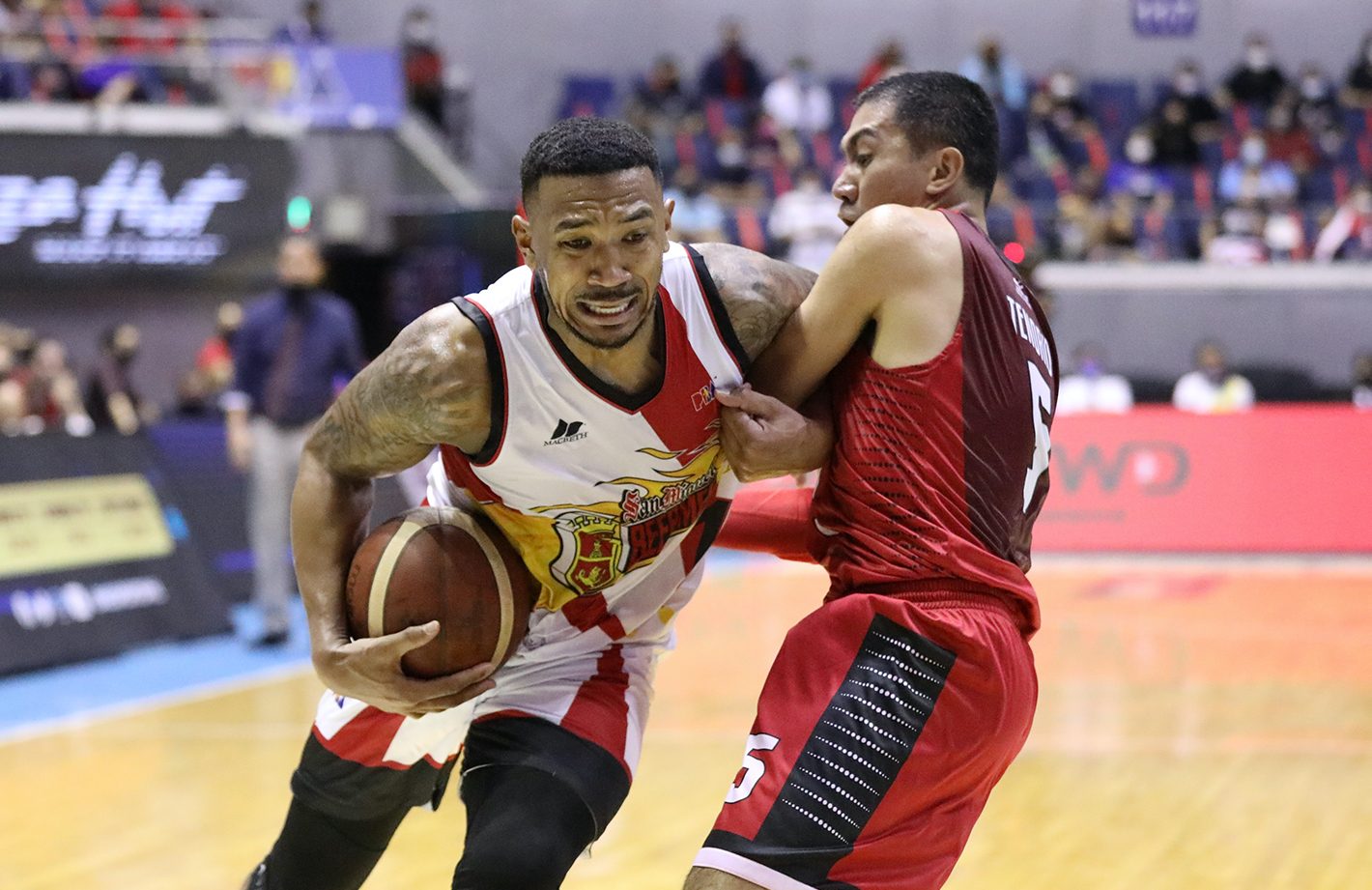 OTHER SIDE. Orlando Johnson proves to be a thorn on the side of his former team Ginebra.

MANILA, Philippines – Orlando Johnson apparently just needed a little bit of time to get a feel of the PBA game.

Redeeming himself from a humdrum PBA Governors’ Cup debut, Johnson churned out a near-triple-double as San Miguel returned to its winning ways with a 110-102 victory over Barangay Ginebra on Sunday, February 20.

The former NBA player tallied team-highs of 31 points, 10 rebounds, and 8 assists to help the Beermen improve to 4-3, good for fifth place in the standings.

His brilliant performance on Sunday proved to be a major upgrade from his dismal outing in their 15-point loss to TNT on Wednesday, February 16, where he put up only 12 points on a paltry 3-of-22 clip and 5 rebounds.

“My teammates have my back, they knew I took [the first] game personally because I wanted to do so well,” said Johnson, who came in as a replacement import for Brandon Brown.

“But I knew it was just going to be a matter of time before I find my rhythm again and got back to form.”

Johnson knocked down the big hits in crunch time.

With the Gin Kings trailing by just 6 points, the 32-year-old scored back-to-back buckets, including the dagger jumper with 45 seconds left, to put his side ahead for good.

Johnson dropped 13 points in the fourth period alone as he eclipsed his scoring output against the Tropang Giga in just a single quarter.

Interestingly, he accomplished all of that against his former team Ginebra, which he reinforced in the 2015 edition of the season-ending conference.

“Always love playing against NSD (Never Say Die). They’re always with me. But this time, I’m [with] SMB,” Johnson said.

“I think the first time here, everybody [saw] the amazing dunks and a lot of points, but it did not necessarily lead to as many wins as I would like,” he added.

“This team, we have a lot of guys who can play and I like being able to share the ball and see them get going as well.”

With more time together, Johnson said San Miguel is bound to develop its chemistry and fine-tune its teamwork.

“I think the more we keep practicing and playing with one another, I think that will show on the court how much better we can get.” – Rappler.com