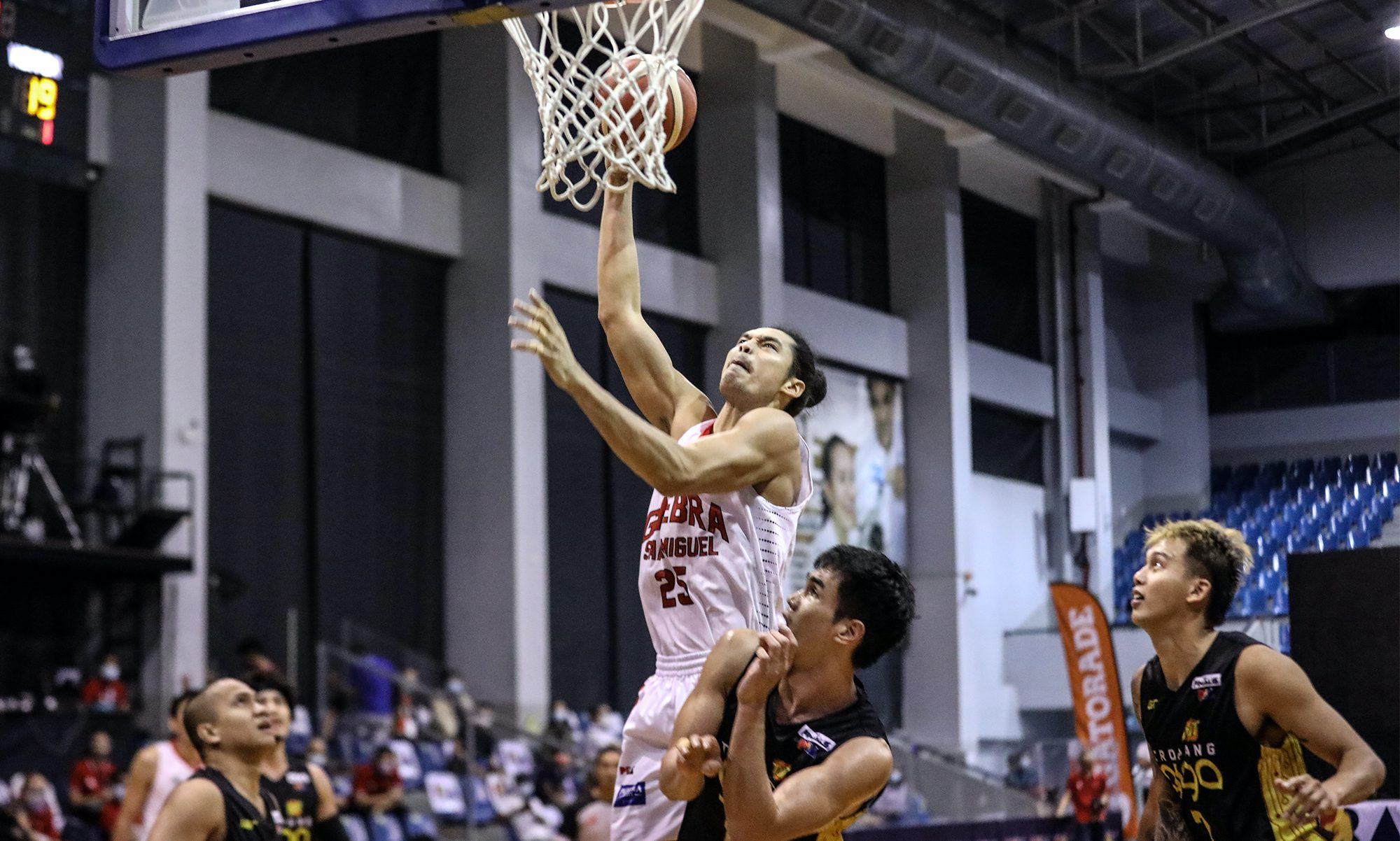 Japeth Aguilar played like a man possessed and keyed Barangay Ginebra to its first PBA Philippine Cup title since 2007 with an 82-78 win over TNT at the Angeles University Foundation in Pampanga on Wednesday, December 9.

Aguilar finished with a career-high tying 32 points on top of 8 rebounds and 3 steals as the Gin Kings wrapped up the best-of-seven series in 5 games to finally capture the crown jewel of all 3 PBA championships.

TNT threatened to force a Game 6 after leading 73-68 off back-to-back Simon Enciso triples with 5 minutes left but Ginebra answered with a 12-0 run highlighted by an Aguilar alley-oop slam for the win.

Shut down through the first 3 quarters, Stanley Pringle sank two straight triples to give the Gin Kings the upper hand before LA Tenorio assisted Aguilar and Joe Devance for an 80-73 lead with a minute remaining.

Pringle finished with 13 points, 6 assists, and 4 rebounds, while Tenorio chalked up 10 points and 6 assists en route to clinching his fourth Finals Most Valuable Player honors.

Scottie Thompson added 6 points, 7 rebounds, and 3 assists for Ginebra, which won its 13th championship to tie the storied Crispa franchise for third-most titles in PBA history.

“Little bit of an unreal, kind of a surreal feeling being here. Everything is different – the celebration is different, the awarding is different,” said Gin Kings head coach Tim Cone, who won his 23rd PBA crown in the league bubble.

“It is just a very different experience. But our guys really battled for this.”

Roger Pogoy once again led the way for the Tropang Giga with 23 points and 8 rebounds, but the absences of injured star players Jayson Castro and Ray Parks certainly took a toll on the team.

Poy Erram had 18 points, 15 rebounds, 3 blocks, and 2 steals, Simon Enciso had 17 points and 5 assists, while Troy Rosario chimed in 12 points and 8 rebounds in the loss.

It was another heartbreaking conference for TNT, which has not won a championship since 2015.