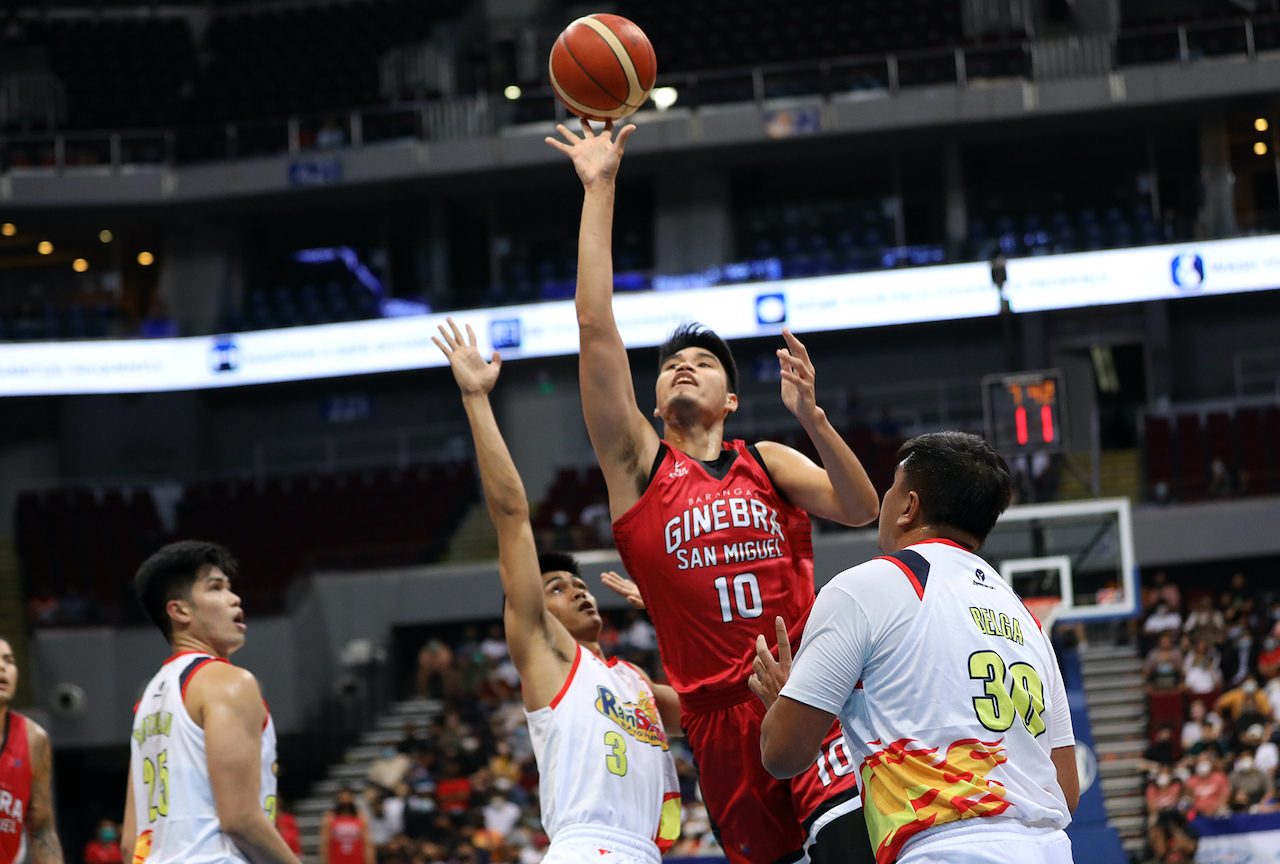 HOT HAND. Arvin Tolentino fires from all cylinders in the pivotal third quarter.

MANILA, Philippines – Arvin Tolentino shot the lights out in the third quarter and Barangay Ginebra edged Rain or Shine, 90-85, to stay unbeaten in the PBA Philippine Cup at the Mall of Asia Arena on Wednesday, June 15.

Tolentino scattered all of his 11 points in the pivotal third period as the Gin Kings built a sizable lead before they staved off a late Elasto Painters surge in the final frame for a 2-0 start.

Rain or Shine seized a 47-45 lead only to witness Tolentino ignite a tide-turning 27-8 run with three triples that gave Ginebra a sizable 72-55 cushion.

Japeth Aguilar then scored 8 of his game-high 23 points in the fourth quarter as the Gin Kings held on to the win after they were outscored 27-16 in the period.

Nambatac suffered a lower abdomen contusion, while Norwood sustained a laceration on his side after a freak accident in practice.

But Rain or Shine – relying on its young core of Nieto, Gian Mamuyac, Andrei Caracut, and Santi Santillan – did not waive the white flag despite trailing by as many as 21 points in the last salvo.

An Aguilar layup pushed the Ginebra lead to its biggest at 79-58, but the Elasto Painters retaliated with a 24-8 run capped by back-to-back triples from Nieto and Santillan to inch within 5 points.

Time, though, did not favor Rain or Shine as the Gin Kings banked on free throws from Aguilar and LA Tenorio to secure the win.

“We’d get up to a big lead and then we’d soften up a little bit and they’d come back. We got to clean that up,” said Ginebra head coach Tim Cone.

“We played Rain or Shine who has a lot of young guards and who played without their star, and so, we should have dictated the game a little bit better than we did.”

Belga tallied 14 points, 10 rebounds, and 7 assists, while Caracut and Mamuyac put up 12 and 10 points, respectively, for the Elasto Painters, who dropped to 1-2.