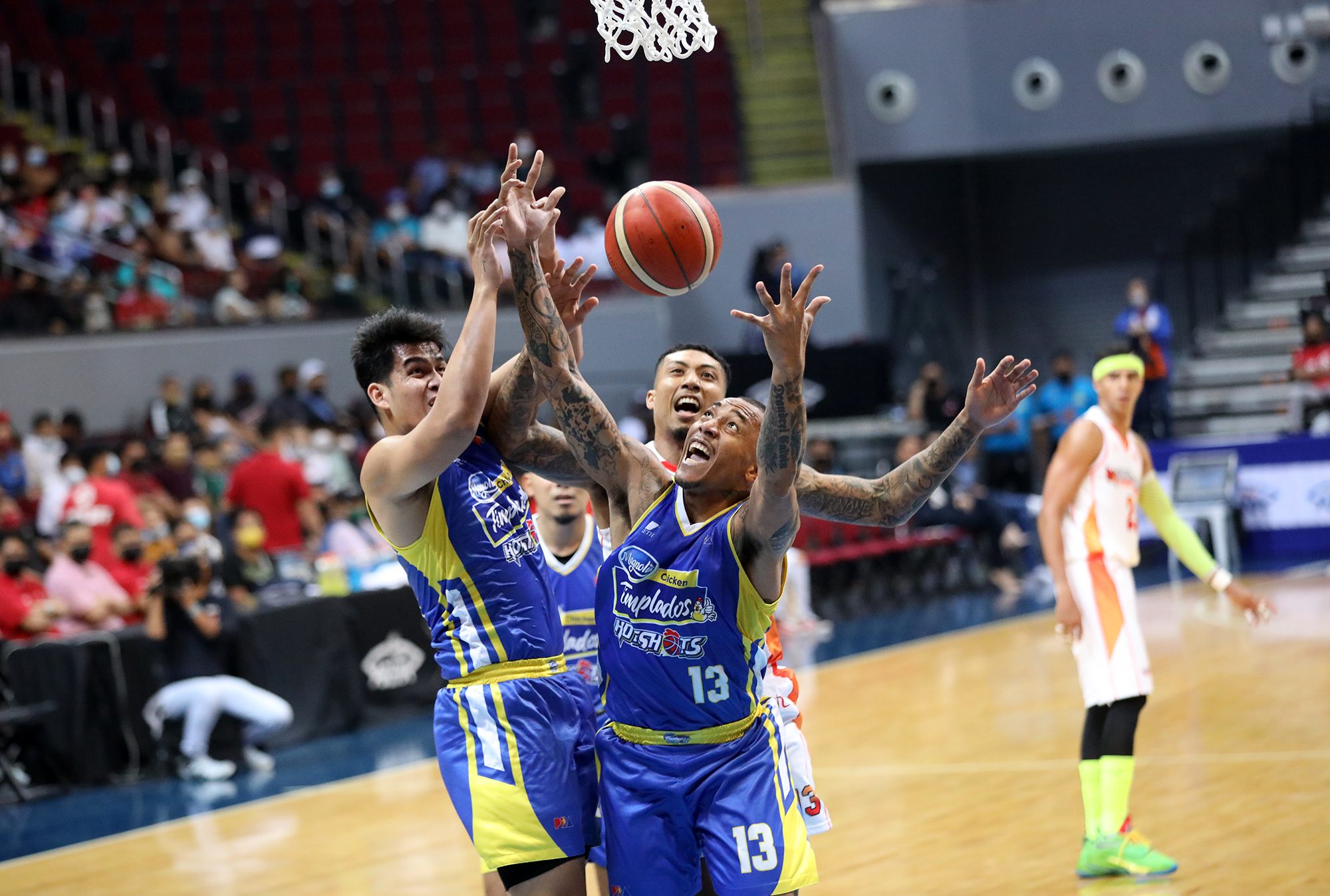 STEPPING UP. Calvin Abueva rises to the occasion for his ailing teammates.

MANILA, Philippines – Calvin Abueva carried the scoring load and Rome dela Rosa hit the game-winner as Magnolia staged an 80-77 escape over NorthPort in the PBA Philippine Cup at the Mall of Asia Arena on Wednesday, June 15.

Dela Rosa drained a wide open three-pointer from the left wing off a Jio Jalalon assist with six ticks left to help the Hotshots crack the winning column and avoid a horrendous 0-3 start.

Missing all of his first seven field goals, Dela Rosa delivered when it mattered most as they stymied the streaking Batang Pier, who absorbed their first loss after winning their first two matches.

Abueva rose to the occasion for his ailing teammates, churning out 23 points and 12 rebounds, including a tough layup in the final 40 seconds that knotted the score at 77-77.

NorthPort wasted its chances in the endgame as Kevin Ferrer bungled his two free throws with the game tied at 77-77 and Arwind Santos muffed the potential game-tying triple after that clutch Dela Rosa bucket.

Still not at tip-top shape after sitting out their previous game due to back spasms, Paul Lee still made his presence felt for Magnolia with 12 points and 4 assists.

“I need the contribution of each and every one of the players,” said Hotshots head coach Chito Victolero in a mix of Filipino and English.

“That is why we are down: because you can never tell when a player gets injured. I’m thankful [they stepped up].”

Handed the role as lead guard with the playing time of Lee and Mark Barroca still limited, Jalalon scattered 8 points, 10 rebounds, 6 assists, and 2 steals in 36 minutes of action.

Santos paced the Batang Pier with 18 points, 12 rebounds, and 2 blocks, but endured a cold shooting performance after going 1-of-10 from deep.

Jamie Malonzo chalked up his third straight double-double for NorthPort this season with 15 points, 10 rebounds, and 3 blocks, while Roi Sumang also chimed in 15 points, all from beyond the arc.