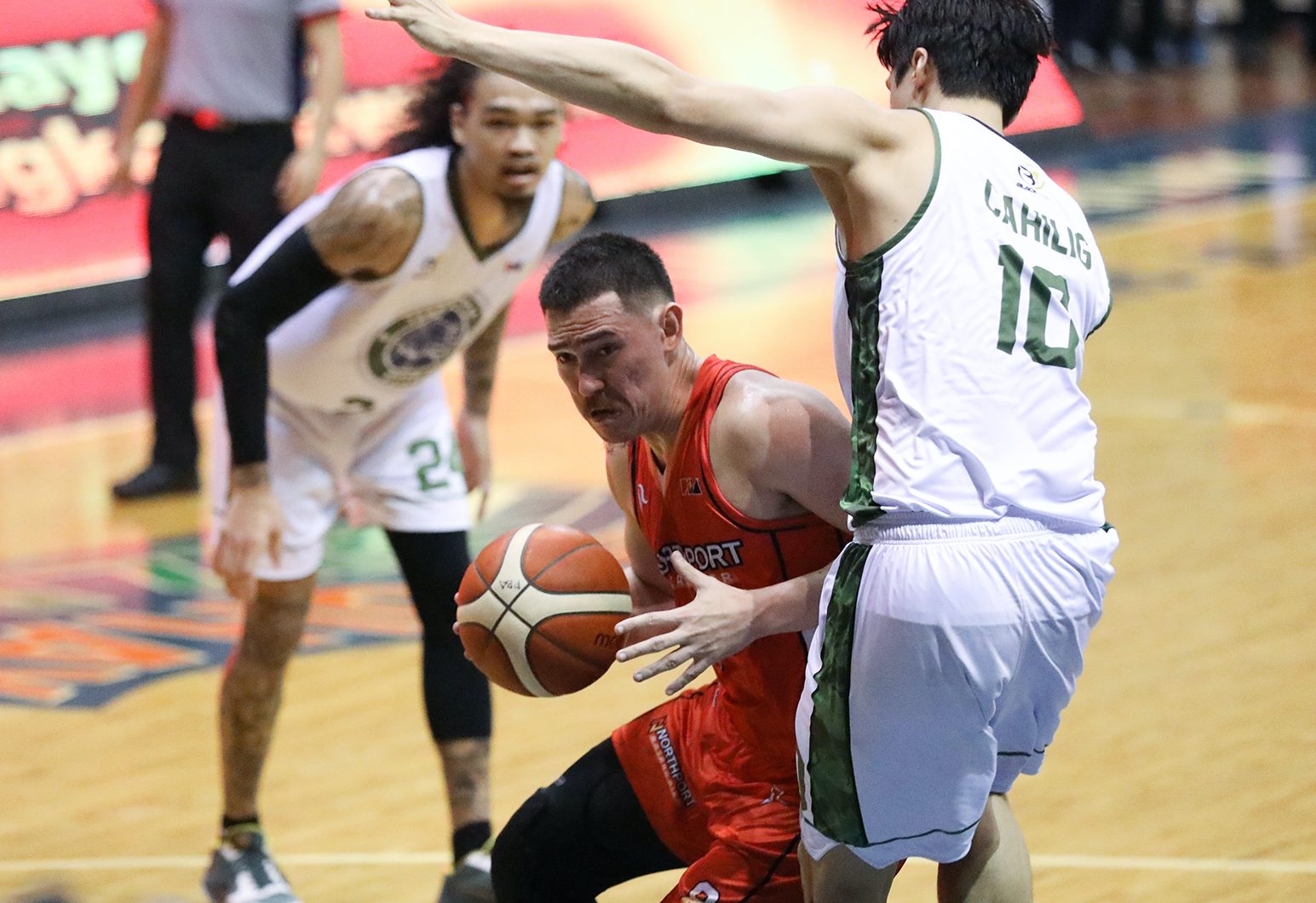 STELLAR START. Robert Bolick impresses across the board anew as NorthPort jumps to a 2-0 start for the first time since the 2019 Commissioner's Cup.

MANILA, Philippines – NorthPort grabbed a share of the lead in the PBA Philippine Cup after picking apart injury-riddled Terrafirma, 100-86, at the Ynares Center in Antipolo on Saturday, June 11.

Robert Bolick flirted with a triple-double after netting 26 points, 10 assists, and 8 rebounds as the Batang Pier got off to a 2-0 start for the first time since the 2019 Commissioner’s Cup.

NorthPort tied San Miguel at the top of the standings thanks to five more Batang Pier players breaching double figures.

Jamie Malonzo frolicked inside the paint with 19 points, 16 rebounds, and 2 steals, while Kevin Ferrer fired 15 points off the bench, including the three-pointer that gave NorthPort a 50-49 lead going into the break.

The Batang Pier never trailed since after outscoring the Dyip 50-37 in the second half, with Bolick and Roi Sumang delivering the goods down the stretch.

Sumang drained a trey to push the NorthPort advantage to double digits, 83-71, before Bolick put the nail in the coffin off a stepback triple as the Batang Pier savored their biggest lead at 100-82.

Rookie JM Calma fell short of a double-double with 15 points and 9 rebounds, Arwind Santos had 10 points and 7 rebounds, while Sumang tallied 10 points, 6 rebounds, and 5 assists.

Joshua Munzon and Juami Tiongson put Terrafirma on their backs with a combined 48 points, but the abrupt exit of Isaac Go, Eric Camson, and Ed Daquioag crippled the Dyip.

Go and Camson left the game in the first quarter following a bad landing, while Daquioag appeared to have broken his right ankle in the third quarter after contesting a Bolick shot.

Writhing in pain, Daquioag needed to be stretchered off the floor as his ankle bent outward.

Munzon finished with 24 points, 8 rebounds, 4 assists, and 2 steals for Terrafirma, which remained winless after two games.

Tiongson also posted 24 points and Aldrech Ramos churned out 10 points, 8 rebounds, and 4 assists as the only other Dyip player in twin digits.