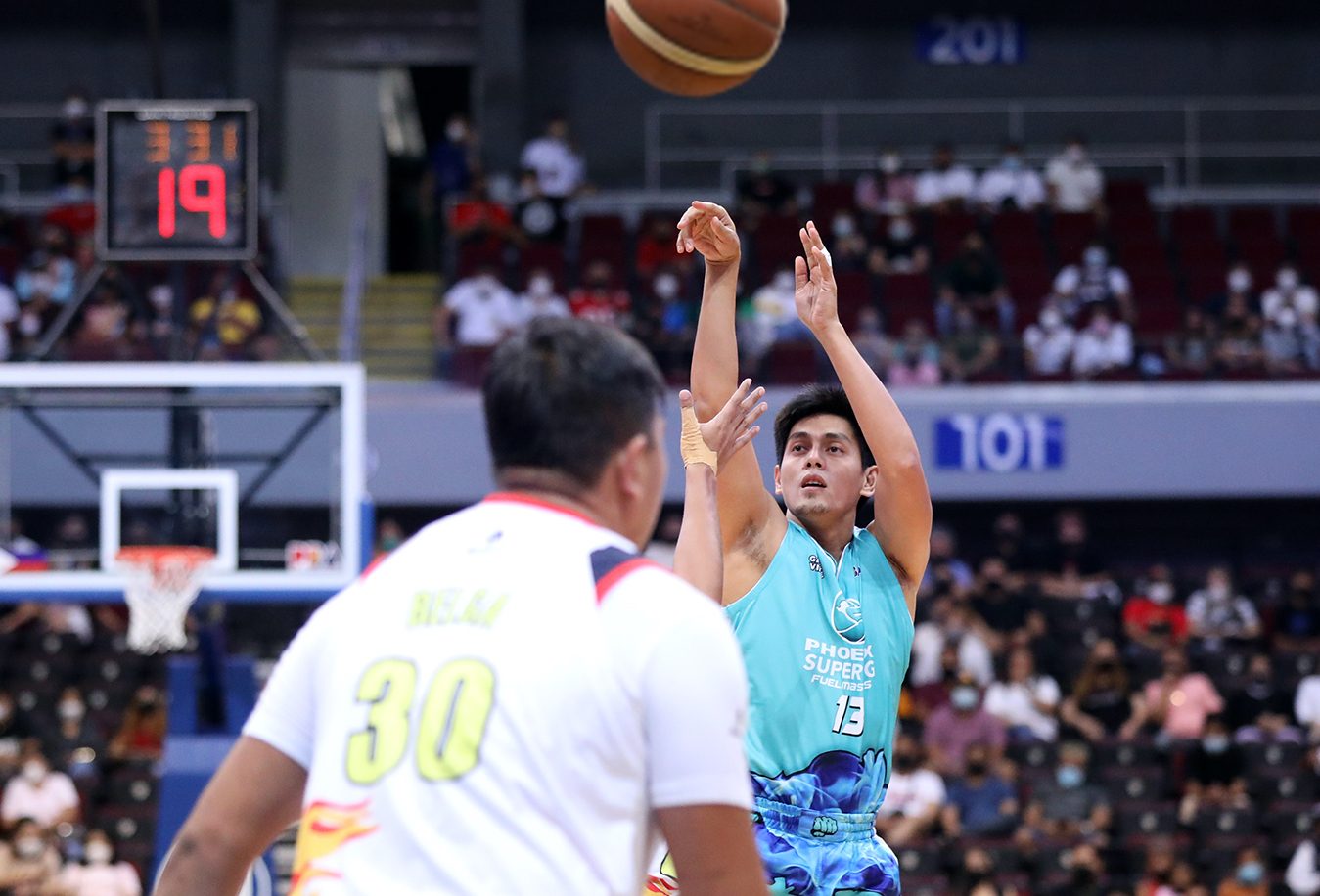 LEVEL. RJ Jazul and Phoenix even their record after starting the season with back-to-back losses.

MANILA, Philippines – RJ Jazul delivered the big hits and fueled Phoenix to its second straight win following a 106-102 squeaker against Rain or Shine in the PBA Philippine Cup at the Mall of Asia Arena on Sunday, June 19.

Jazul unloaded a team-high 25 points, including a clutch three-pointer with under 40 seconds left that allowed the Fuel Masters to hang on to the victory after squandering an 18-point lead.

Returning with aplomb from a muscle contusion, Rey Nambatac drained a triple that pulled the Elasto Painters within a single possession, 100-103, before Jazul retaliated with his own trey to give his side enough breathing room.

A quick Gabe Norwood bucket sliced the Rain or Shine deficit with 30 ticks remaining, but the Elasto Painters fell short of their comeback as time ran out.

Matthew Wright shared the spotlight with Jazul after chalking up 20 points, 6 rebounds, 6 assists, and 3 steals, while Jason Perkins chalked up 17 points and 9 rebounds.

Nambatac netted a game-high 27 points off the bench, but his impressive comeback performance went for naught as Rain or Shine crashed to its third straight defeat.