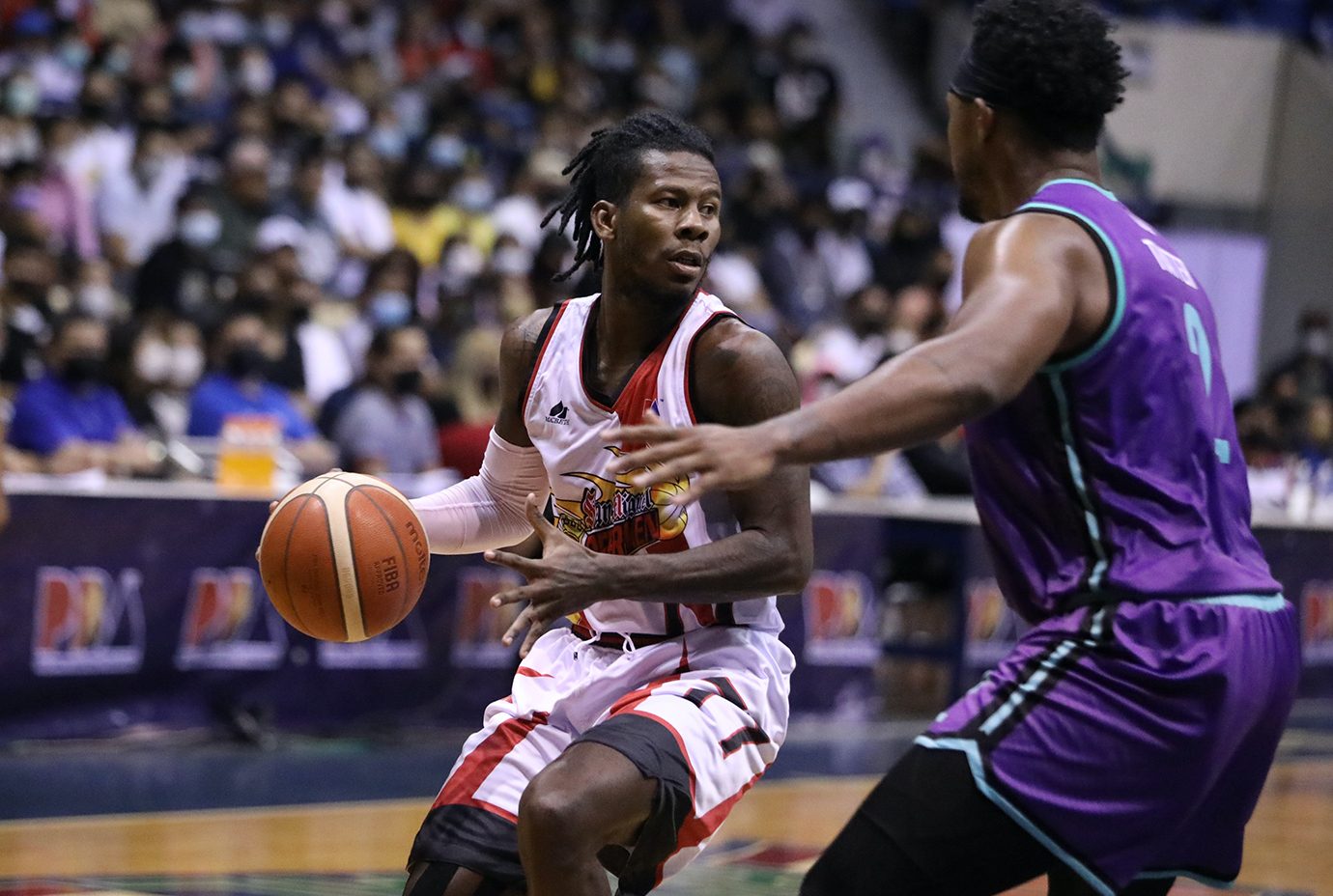 STEPPING UP. CJ Perez scores in double figures along with five other San Miguel players.

ANTIPOLO, Philippines – An undermanned San Miguel crew displayed its depth in full effect after cruising to a 111-92 thrashing of Converge in the PBA Philippine Cup at the Ynares Center here on Sunday, June 26.

Missing key cogs Chris Ross, Vic Manuel, and Terrence Romeo, the Beermen banked on six players in double figures to notch their biggest winning margin this conference and return to the winning column.

Jericho Cruz came off the bench and set the tone in the rout, unloading 18 of his team-high 22 points in the first half as San Miguel improved to 4-1 to gain a share of the lead in the standings with Barangay Ginebra.

CJ Perez also starred for the Beermen by notching his first PBA triple-double with 15 points, 13 rebounds, 12 assists, and 3 steals in the win that saw his side open the floodgates with a 34-point eruption in the second quarter.

Ending the opening salvo with a comfortable 28-16 advantage, San Miguel broke away by draining six triples in the second period – with three coming from Marcio Lassiter – to lead by as many as 31 points.

June Mar Fajardo even joined the three-point party for his first trey of the season, a shot that is worth P1,000 in his season-long donation drive.

Mo Tautuaa also chalked up a double-double of 19 points and 10 rebounds for the Beermen, who got 10 points from seldom-used Michael Canete.

Sophomore guard Allyn Bulanadi fired 22 points on a 5-of-8 clip from long range, but not even his PBA career-high could save the FiberXers from their lethargic start.

Mike DiGregorio and rookie Tyrus Hill added 21 and 15 points, respectively, in the loss.