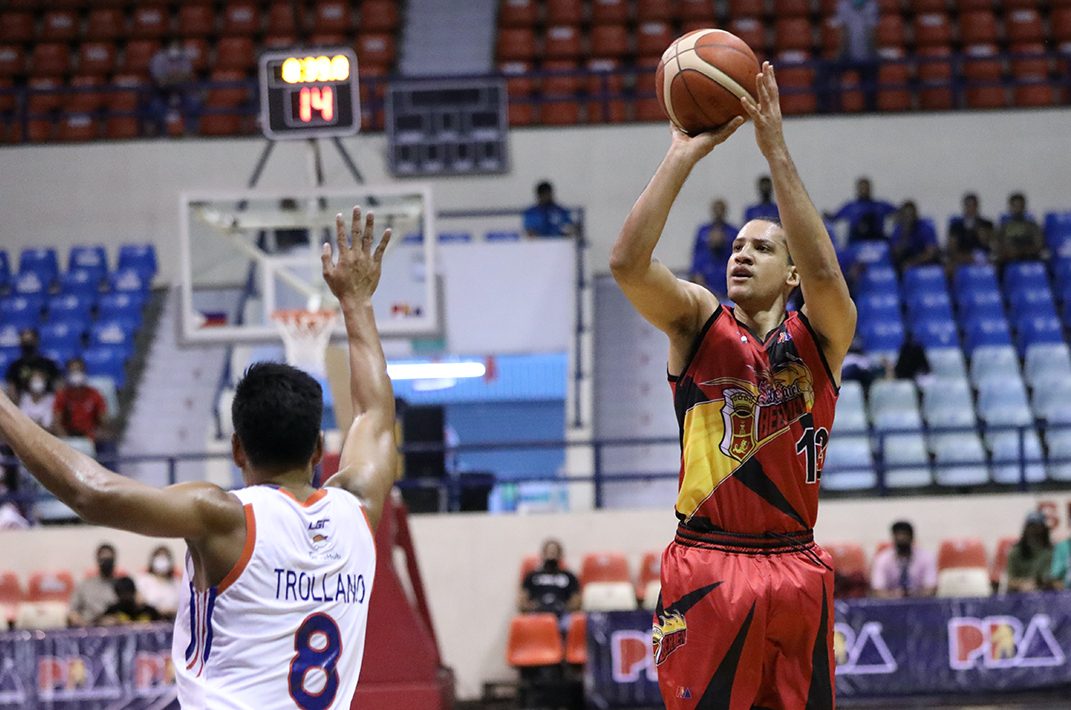 COMEBACK. Marcio Lassiter and San Miguel fight back from a 12-point deficit to beat NLEX.

ANTIPOLO, Philippines – Marcio Lassiter joined elite PBA company and fueled San Miguel to a 100-92 win over NLEX in the Philippine Cup at the Ynares Center here on Friday, June 10.

Lassiter finished with 18 points on a 4-of-8 clip from long range to become only the ninth player in PBA history to make 1,000 three-pointers as the Beermen gained an early lead in the standings with a 2-0 card.

Now in his 11th season, Lassiter achieved the feat with 3:56 minutes left in the second quarter, with his triple helping San Miguel enter the break trailing just 50-53 after being down by as many as 12 points.

The Beermen then outscored the Road Warriors 28-20 in the third quarter to seize a 78-73 lead en route to the win as San Miguel showcased its vaunted depth with five players scoring in double figures.

CJ Perez led the way for the Beermen with 19 points, 6 rebounds, 5 assists, and 3 steals, Vic Manuel tallied 14 points off the bench, while Chris Ross churned out 13 points, 3 rebounds, and 3 steals.

Facing his former team NLEX for the first time since joining San Miguel, Jericho Cruz contributed in the victory with 10 points, 4 rebounds, and 3 assists.

It was such a balanced scoring attack that June Mar Fajardo did not need to score in bunches after starring in their conference opener against Phoenix with 24 points and 15 rebounds.

Fajardo, though, still made his presence felt for the Beermen with 9 points and 14 rebounds.

But NLEX – which overcame a 16-point deficit against Terrafirma for a triumphant season debut – failed to protect its double-digit lead as San Miguel notched its first 2-0 start since the 2019 Governors’ Cup.

Calvin Oftana put up 16 points, 4 rebounds, and 4 assists in the loss.