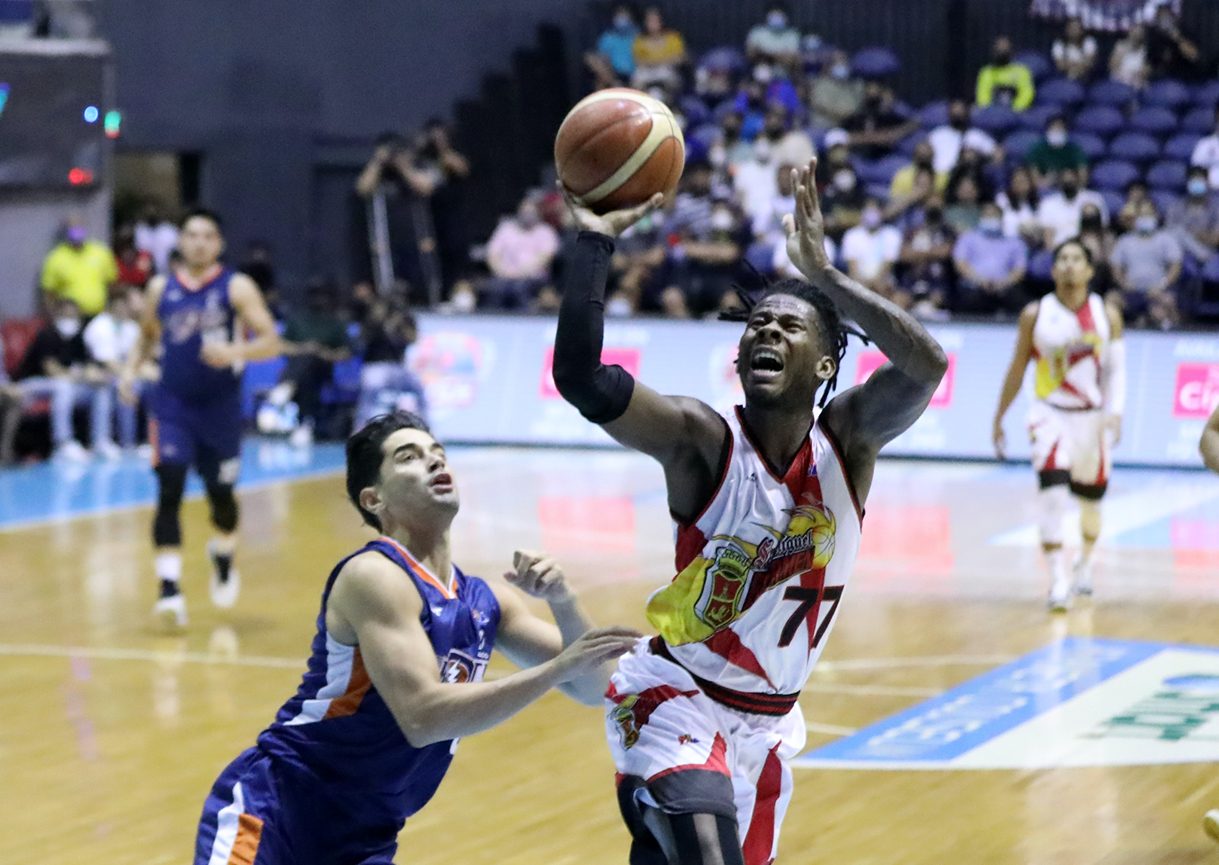 NO. 1. CJ Perez and San Miguel prove why they finished the elimination round as the top seed.

Facebook Twitter Copy URL
Copied
Fresh from a landmark playoff win over Ginebra, Meralco gets a dose of reality as San Miguel coasts to a 24-point rout

MANILA, Philippines – Well-rested San Miguel sent Meralco crashing back to earth with a dominant 121-97 win in Game 1 of their PBA Philippine Cup semifinals at the Araneta Coliseum on Wednesday, August 3.

Fresh from a landmark playoff win over longtime tormentor Barangay Ginebra, the Bolts got a dose of reality as the top seed Beermen seized a 1-0 lead in the best-of-seven affair.

CJ Perez took charge with all-around numbers of 25 points, 5 rebounds, and 4 assists, and 4 steals in the wire-to-wire victory that saw San Miguel lead by as many as 26 points.

Perez dropped 10 points in a sterling 33-17 start and knocked down key buckets down the stretch that kept Meralco at bay.

The Bolts trimmed their deficit to 14 points off a Chris Banchero trey, 88-102, but Perez tallied 5 straight points with a layup and a triple en route to the 24-point romp.

Rodney Brondial backstopped Perez with a double-double of 20 points and 11 rebounds as he rose to the occasion following a relative quiet performance from Best Player of the Conference frontrunner June Mar Fajardo.

Fajardo – who averages nearly 18 points – scored just 11 points, but contributed in other departments with 6 rebounds, 5 assists, and 1 block.

Vic Manuel provided a spark off the bench for the Beermen with 16 points, 4 assists, and 3 rebounds, while Marcio Lassiter added 10 points.

It was such an offensive masterclass from San Miguel against the vaunted Meralco defense as four more players scored at least 7 points in addition to five guys breaching double figures.

Banchero tied his conference-high of 17 points to go with 5 assists, but that went down the drain as the Bolts allowed a team to score at least 110 for the first time this conference.

Through 14 games, Meralco ranked second in points allowed with an impressive 86.8 points just behind fellow semifinalist Magnolia, which averages 85.5 points.

Raymond Almazan netted 16 points and 6 rebounds in the loss.