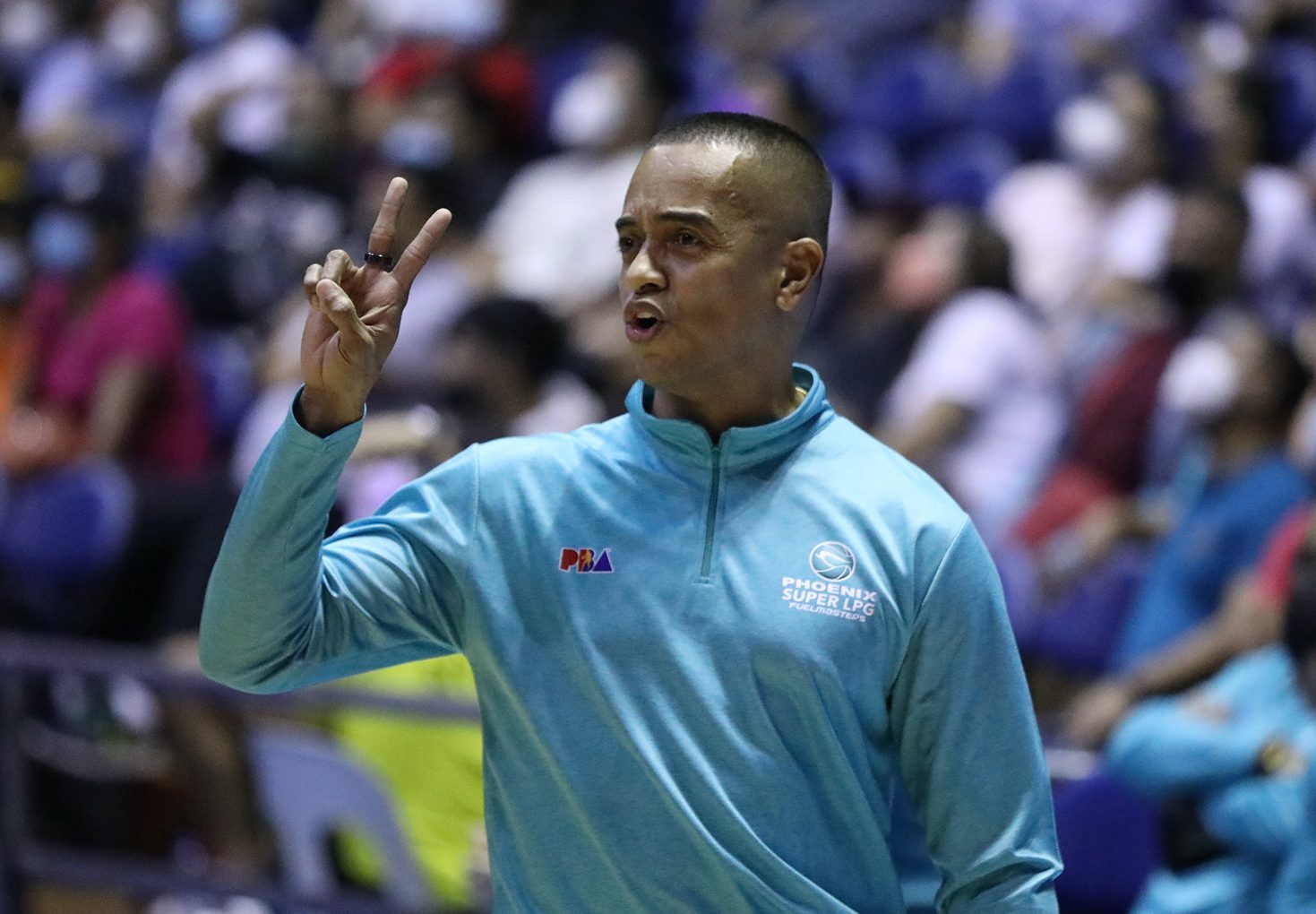 CHANCE. Topex Robinson says he will always be grateful to Yeng Guiao for giving him his PBA shot.

“The Phoenix Super LPG Fuel Masters announces that it will part ways today with its head coach, Topex Robinson,” the team said in a statement released on Thursday, January 12.

“We thank coach Topex for his five years of service with Phoenix, and wish him the very best as he pursues other endeavors,” it added.

Robinson, who compiled a 20-20 record with the Fuel Masters, saw his contract expire last December 31, 2022.

The former PBA defensive stalwart had his most memorable stretch as a professional head coach during the 2020 Philippine Cup “bubble,” where the team led by Matthew Wright, Calvin Abueva, and Justin Chua fell to TNT in a tight five-game semifinals.

Prior to his stint with Phoenix, Robinson mentored collegiate teams San Sebastian and Lyceum, where he steered both teams to the NCAA championship series.

The 48-year-old is reportedly one of the frontrunners for the La Salle head coaching gig, which was previously held by Derick Pumaren.

With less than three weeks before the start of the Governors’ Cup, he will be replaced by lead assistant Jamike Jarin, who also has extensive coaching experience in the high school and collegiate ranks.

“Coach Jamike has been with the team since 2020 and has played a significant role in the team’s building and development process,” the statement said.

Jarin told Rappler that he plans to build on what Robinson started.

“It’s a new challenge that presented itself. We just need to continue and improve what coach Topex has started,” he said. – Rappler.com