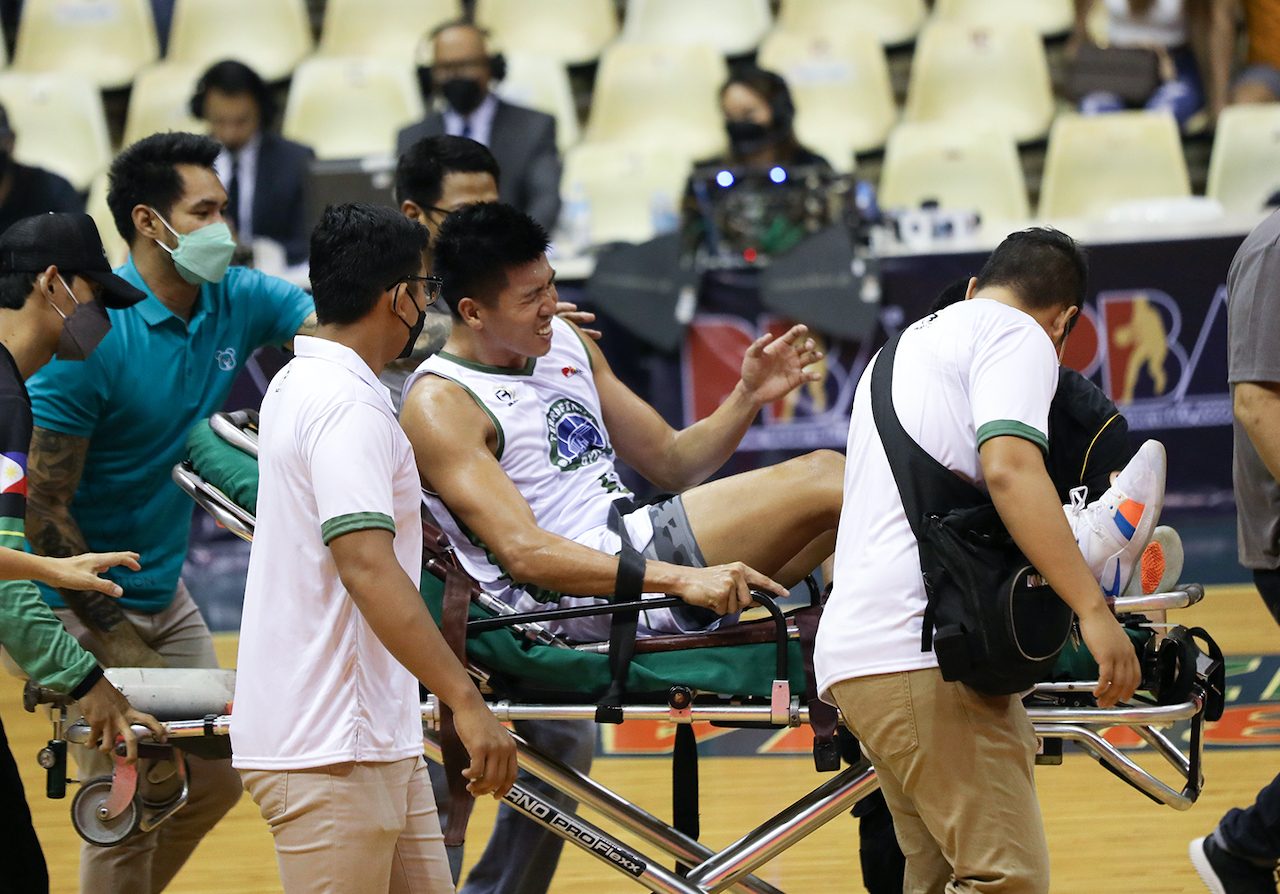 SCARY SIGHT. Ed Daquioag needs to be stretchered off the court following a nasty injury.

MANILA, Philippines – They may be foes on the PBA hard court, but no one wants to see a player get hurt.

Daquioag – who played for Jarencio in the UAAP when they were still at UST – suffered the worst injury among the three as he appeared to have broken his ankle following a scary fall in the third quarter.

The wiry guard challenged Robert Bolick midair but twisted his foot upon landing, which followed with unpleasant scenes of Daquioag grimacing in pain and getting stretchered out of the Ynares Center in Antipolo.

“I hope their injuries are not that grave. Ed Daquioag played for me in college so I love that kid,” said Jarencio in a mix of Filipino and English.

Go and Camson also suffered from bad landings as they left the game in the first quarter.

Camson fell on his back after contesting a Jamie Malonzo shot, while Go seemed to have injured his knee following a battle for the rebound as the two never returned.

As the Dyip missed the services of Daquioag, Go, and Camson, the Batang Pier pulled away in the second half en route to a 100-86 win that marked their first 2-0 start in three years.

NorthPort will shoot for a third straight win on June 15 against Magnolia, while Terrafirma guns for a breakthrough victory on June 17 against Phoenix in a battle of winless squads. – Rappler.com