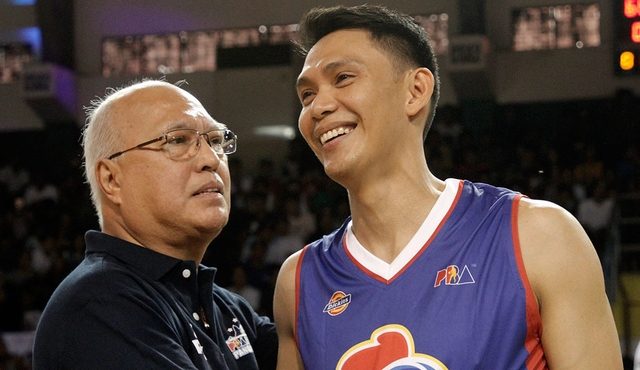 Peter June Simon has decided to hang up his spurs as he retires from the PBA after a colorful 16-year career that saw him win 8 championships with the storied Magnolia franchise.

The 40-year-old announced his retirement on Wednesday, September 23, less than 3 weeks before the PBA resumes its delayed season in a semi-bubble setting in Clark, Pampanga.

Simon was supposed to see action in the Philippine Cup as his last hurrah but he chose to call it a career following the death of his father.

(I needed to come home to Davao when my father got sick and died and I had trouble coming back because of the pandemic.)

(Maybe it was a sign for me that this is the right time to retire.)

(It may be sad but this is probably the right time to bid the league goodbye.)

Simon exceeded expectations from someone who got drafted in the fifth round of the 2001 PBA Draft.

Earning the moniker “Scoring Apostle” and “Super Sub,” Simon built a reputation as a potent offensive option and a spark plug off the bench.

He formed a “Big Three” with James Yap and Marc Pingris as they led the franchise to multiple titles, including a rare Grand Slam in 2014.

Simon said building his own family played a part in his retirement.

“My wife is pregnant and gusto ko magkasama kami as we start a family,” said Simon, who is married to beauty queen Jehza Huelar.

(My wife is pregnant and I want us to be together as we start a family.)

Magnolia initially planned to hold a jersey retirement ceremony for Simon in its game against Barangay Ginebra last May but that has been pushed back as the pandemic stalled the all-Filipino conference.

(I’m expecting that I will see all of you again at the time that I have my number retired.)

“This is PJ Simon, The Super Sub, your Scoring Apostle, signing out.” – Rappler.com