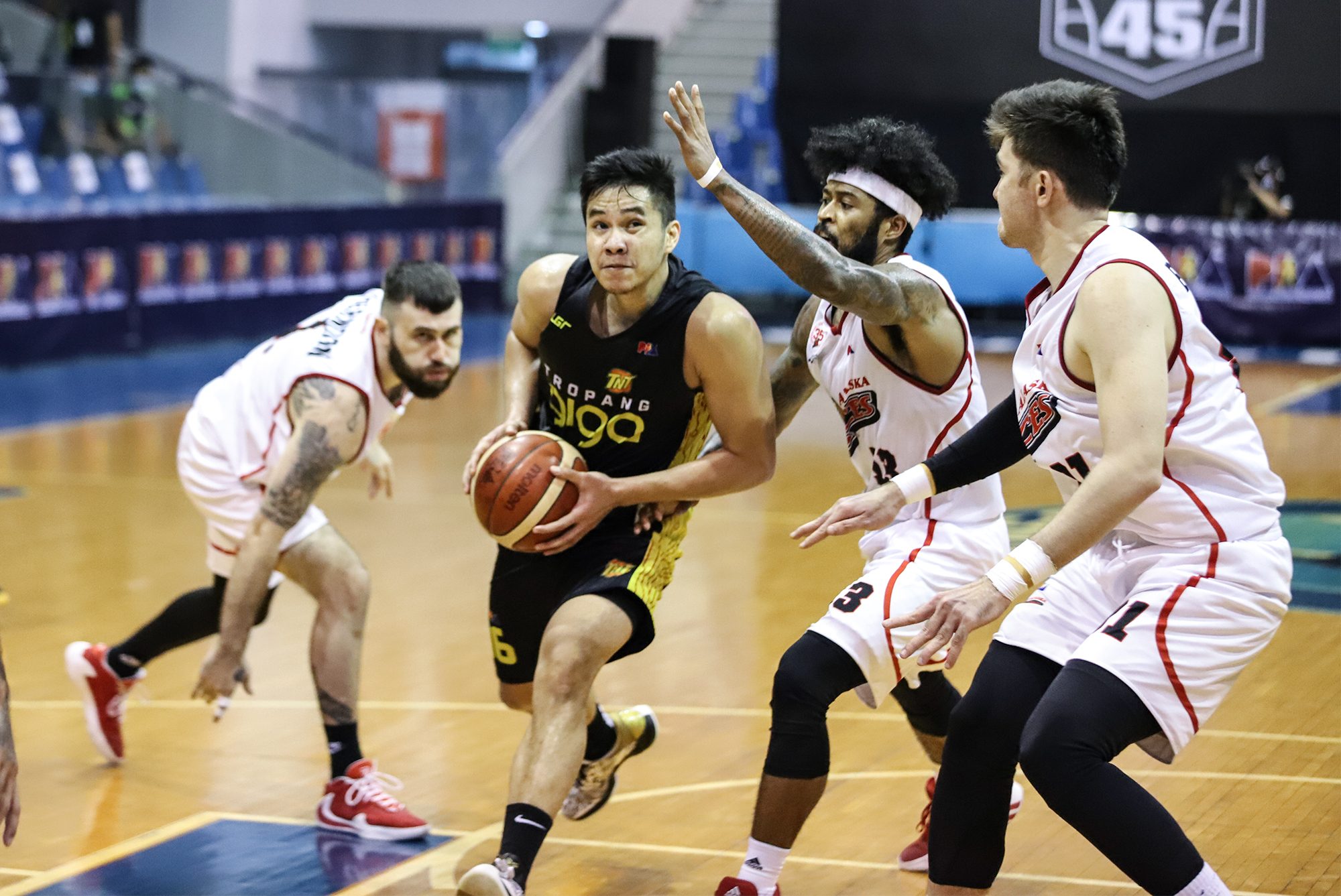 In the very first game of the PBA season restart at the AUF Gym in Pampanga, TNT star guard RR Pogoy showed fans what they missed throughout the pandemic-stricken year as he dropped a career-high 45 points in a win against the Alaska Aces.

Although Alaska bounced back well as the conference rolled along, and eventually clinched the playoffs, Pogoy apparently did not forget where his offense worked best.

In the Tropang Giga’s quarterfinals rematch against the Aces on Saturday, November 14, Pogoy reignited with 34 points on a 6-of-10 clip from downtown en route to a 104-83 blowout win.

(We’re just playing the game. We took what the defense was giving us. They were focused on Ray and Jayson, so I got open looks.)

After a 51-all deadlock by intermission, TNT detonated on Alaska at the start of the second half with a game-changing 16-3 blitz for the 67-54 lead, and never looked back.

Pogoy dropped 10 of his 16 third-quarter points in that run alone, which head coach Bong Ravena rightfully complimented his prized guard for.

“Thankfully, RR’s true game showed tonight,” he said. “Not only on the offense, but as a team, I must say we really, really played hard defense against Alaska, and we hope that he’ll continue his contributions in our coming games.”

Although he has played well for the majority of the conference, Pogoy’s offense has been somewhat inconsistent lately, as he was held to less than 37% field goal shooting in 3 of his last 4 games.

Two of those outings were in single-digit scoring, including a conference-low, 7-point stinker in a loss against top-seeded Barangay Ginebra.

However, the league veteran kept a cool head in the midst of that slump, and believed he would get his deadly stroke back sooner rather than later.

(I just focus really on the game. If you’re focused on the game, your own game will follow. And I just lean on the Lord’s blessings. He’s the one who gives us strength.)

TNT will definitely need more of the same from their star gunner moving forward, as they have no easy way out through the semifinals against either the relentless Phoenix Super LPG Fuel Masters or the battle-hardened Magnolia Hotshots. – Rappler.com