MANILA, Philippines – Blackwater plugged its gaping hole in the middle by using its No. 1 pick on Brandon Ganuelas-Rosser in the PBA Draft at the Robinsons Place Manila in Ermita on Sunday, May 15.

The 6-foot-7 Ganuelas-Rosser provides much-needed heft and size for a Bossing squad reeling from a forgettable season that saw Blackwater win just one of its 22 games.

Selecting the next best available talent, Terrafirma bolstered its roster with the addition of Filipino-American forward Jeremiah Gray.

Gray played with Brandon Ganuelas-Rosser for Alab Pilipinas in the ASEAN Basketball League and powered TNT to a PBA 3×3 title before he went down with a knee injury.

Converge announced its arrival in the PBA with a bang by taking two promising big men in Letran’s Jeo Ambohot and Arellano’s Justin Arana with the third and fourth overall picks, respectively.

Ateneo’s Gian Mamuyac rounded out the top five as he landed at Rain or Shine. 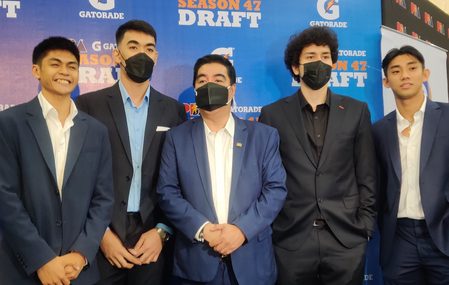