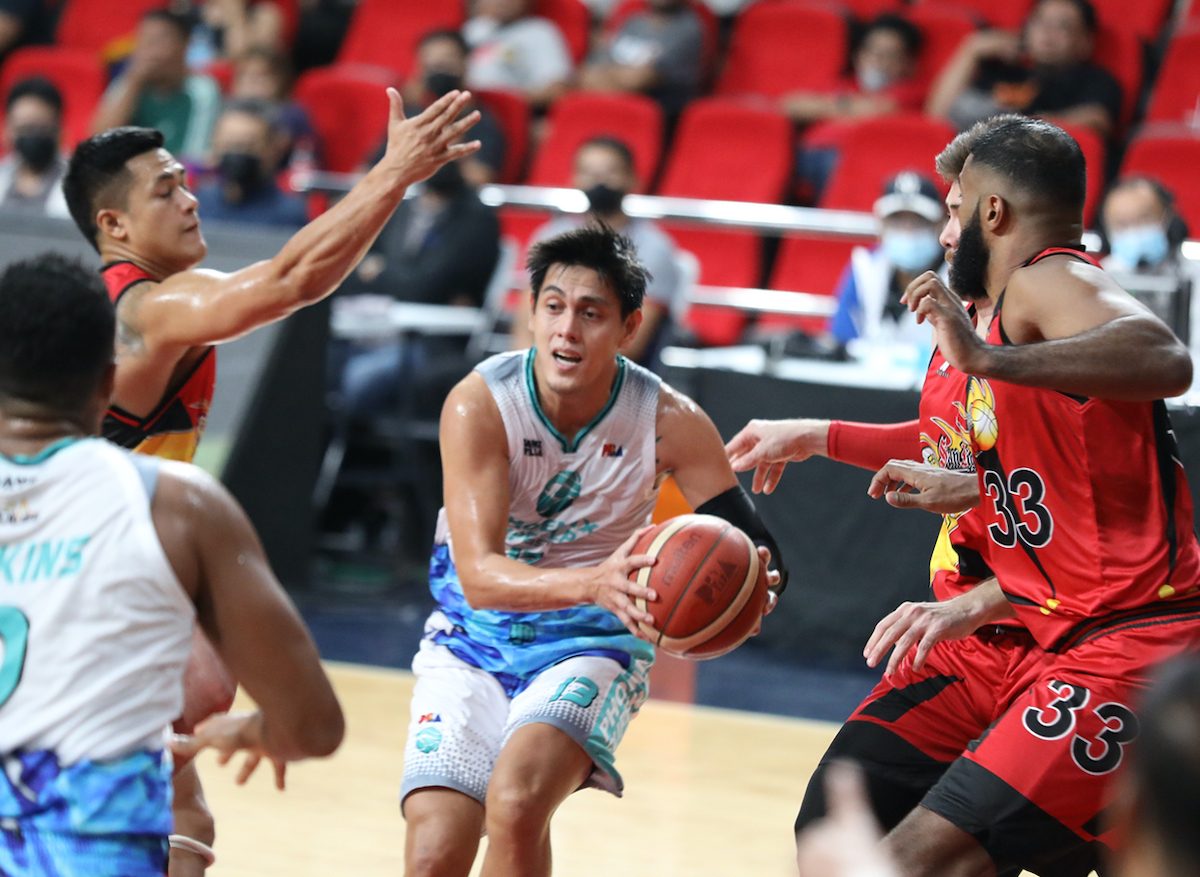 MANILA, Philippines – RJ Jazul took responsibility for his rushed shot that prevented Phoenix from completing its comeback against San Miguel.

Jazul missed a contested three-pointer with plenty of time left in the clock as the Beermen warded off the Fuel Masters and escaped with a 108-104 win on Saturday, November 19.

Phoenix trailed 104-106 with 11.8 seconds left, but instead of going for a two-pointer for the equalizer, Jazul hurriedly launched a triple that hit only the back of the rim.

Simon Enciso then hauled down the defensive rebound and CJ Perez calmly sank his free throws to seal the victory for San Miguel.

“Looking back, I should have probably called a timeout because I think we have one more timeout,” said Jazul in a mix of Filipino and English.

“It is on me. I shot it. That was my judgment, my fault. I will take responsibility for that. Moving forward, I will learn from that. Those plays, they will make or break you. I’ll be better next time.”

The loss dropped the Fuel Masters to 5-6 as they suddenly hit a slump.

Starting the conference with a 0-3 record, Phoenix rode on blazing five-game winning streak only to lose three consecutive games again.

“It hurts for us, but [from] today, we should bounce back. There is nowhere to go,” Jazul said.

Phoenix needs to beat Terrafirma in its final elimination-round game on November 26 at the PhilSports Arena as it tries to secure a top-six finish and avoid a twice-to-win disadvantage in the quarterfinals.

The top two seeds will be armed with a twice-to-beat bonus against the No. 7 and No. 8 teams, while the third to sixth placers will duke it out in a pair of best-of-three affairs.

“We cannot be too low. We have one more game to make it, I hope, [for us to be] at least in the middle of the pack,” Jazul said.

“If we want to stay alive, in the hunt for the best-of-three, we should get the last game.” – Rappler.com