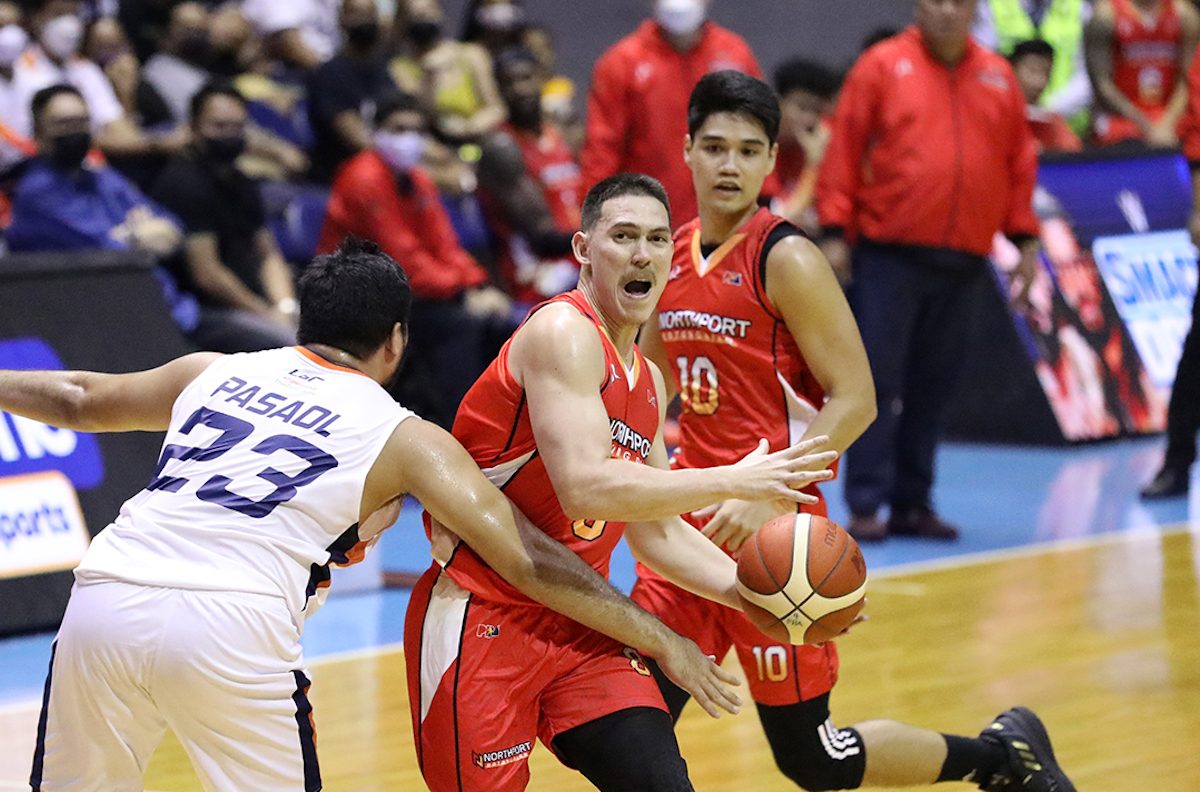 STAR SCORER. Robert Bolick puts NorthPort on his back with a virtuoso performance.

Bolick earned the PBA Press Corps Player of the Week honors for the period of September 28 to October 2 following his career-high 44-point performance that lifted NorthPort to a 101-95 overtime win over Meralco.

The sweet-shooting guard shot 16-of-31 from the field as the Batang Pier came back from 20 points down to stun the Bolts and clinch their second win of the Commissioners Cup.

Bolick churned out 17 consecutive points in the fourth quarter to force overtime and opened the extra period with 5 points in a row en route to becoming the second straight NorthPort player to win the weekly citation.

“We just fought. We did not give up,” said Bolick, who also finished with 7 assists and 6 rebounds as NorthPort improved to 2-1.

His 44 points is the most by a local since TNT star Roger Pogoy erupted for 45 points against Alaska in the 2020 Philippine Cup.

Bolick has been on a tear this conference, averaging 32.7 points, 6 assists, and 3 rebounds as he looks to lead the Batang Pier to the quarterfinals after the team missed the playoffs of the last two conferences.

Others who contended for the plum were Magnolia veterans Paul Lee, Jio Jalalon, and Mark Barroca, and Rain or Shine young guns Gian Mamuyac, Santi Santillan, and Andrei Caracut.