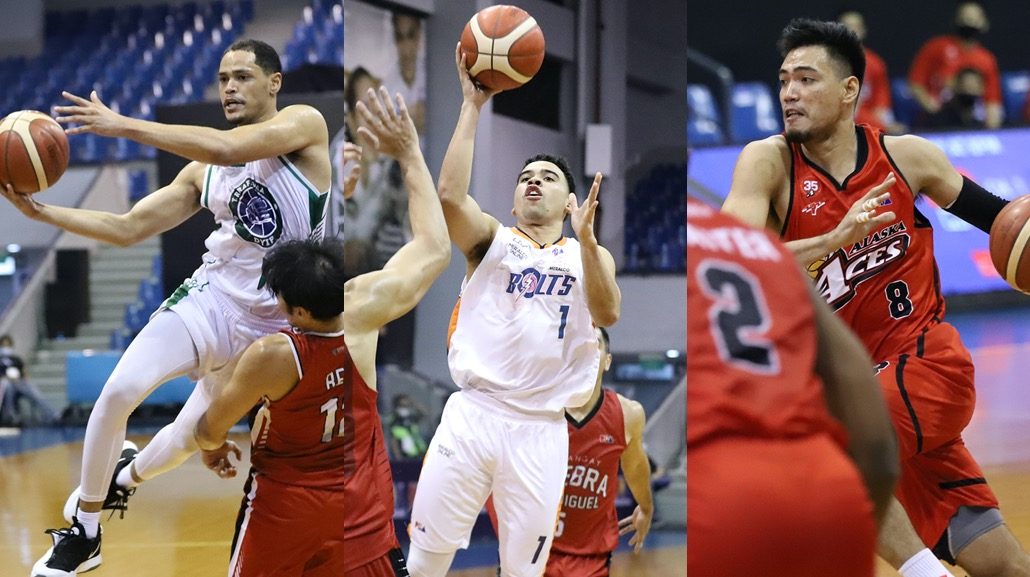 PBA Outstanding Rookie bets Roosevelt Adams, Aaron Black, and Barkley Eboña had a rookie season unlike any other as they completed their first year in the league inside a bubble.

Because of the coronavirus pandemic, these up-and-coming players made their PBA debuts inside an empty arena with no fans – a sight not one of them ever imagined.

Terrafirma’s top pick Adams, however, had no complaints as he was just grateful to be given a chance to play amid the pandemic.

“I’m just glad we got a chance to even play this year with the circumstances that we had due to the pandemic so we thank the PBA for that,” Adams told Rappler.

Adams, though, admitted that he misses the energy from the fans in the arena.

“I do miss the fan vibes, where people are cheering after each score and you feel all the energy from the fans,” said Adams.

Having played in front of large crowds in the UAAP, Meralco’s Black and Alaska’s Eboña admitted it was a totally different experience for them, but the two players eventually got used to it.

Eboña even took it as an advantage, saying that playing without fans in the arena helped him focus only on his game.

(For me, it was an advantage as a rookie. I was able to just focus on my game. You would get distracted and pressured if there are a lot of fans.)

With limited preparation and a shortened season due to the pandemic, the frontrunners for the Outstanding Rookie award had plenty to adjust to in their first season as pros.

For the 6-foot-5 Adams, playing the power forward position was the biggest challenge he encountered.

“I’m used to playing the wing position. Playing at the 4 at this high of a level was very difficult for myself. Obviously, I didn’t have the body weight for it,” he said.

“I’m more of a shooter/guard/slash type of player so I had to just learn from the 4 position to do what I could do to help the team win. I focused more on rebounding a lot, just at that position,” added Adams, who averaged 10.3 points and 8.1 rebounds in 9 games for the Dyip.

Black, who averaged 6.6 points and 3.7 rebounds in 18 games for the Bolts, said getting accustomed to the speed, physicality, and size in the PBA were the biggest adjustments for him.

“The speed of the game, guys know when to slow down or when to be fast. Their veteran smarts, I could see it right away when they outplay me,” said Black, sharing he learned so much from his veteran teammates Reynel Hugnatan, Chris Newsome, and Cliff Hodge.

“As well as I guess the physicality, because you know you’re a rookie so you won’t really get a lot of calls, and then on the other end, the players play very physical on you but they don’t get the calls,” he added in a mix of Filipino and English.

“The PBA also has bigger players. When you’re in the MPBL, D-League, and the UAAP, you won’t see guards like Chris Ross, who is like 6’2, 6’3,” added the former Ateneo Blue Eagle.

For the 6-foot-5 bruiser Eboña, he found it tough going up against experienced and smarter veterans in the league.

(I adjusted because the veteran players always outsmarted me. In college, I was able to position myself well, but in the PBA, I had a difficult time since my opponents knew how to outmuscle me, making it difficult to grab the rebounds.)

The 3 players will contend against Barangay Ginebra’s Arvin Tolentino and Magnolia’s Aris Dionisio for the Outstanding Rookie honors, which will be awarded virtually on January 17. – Rappler.com