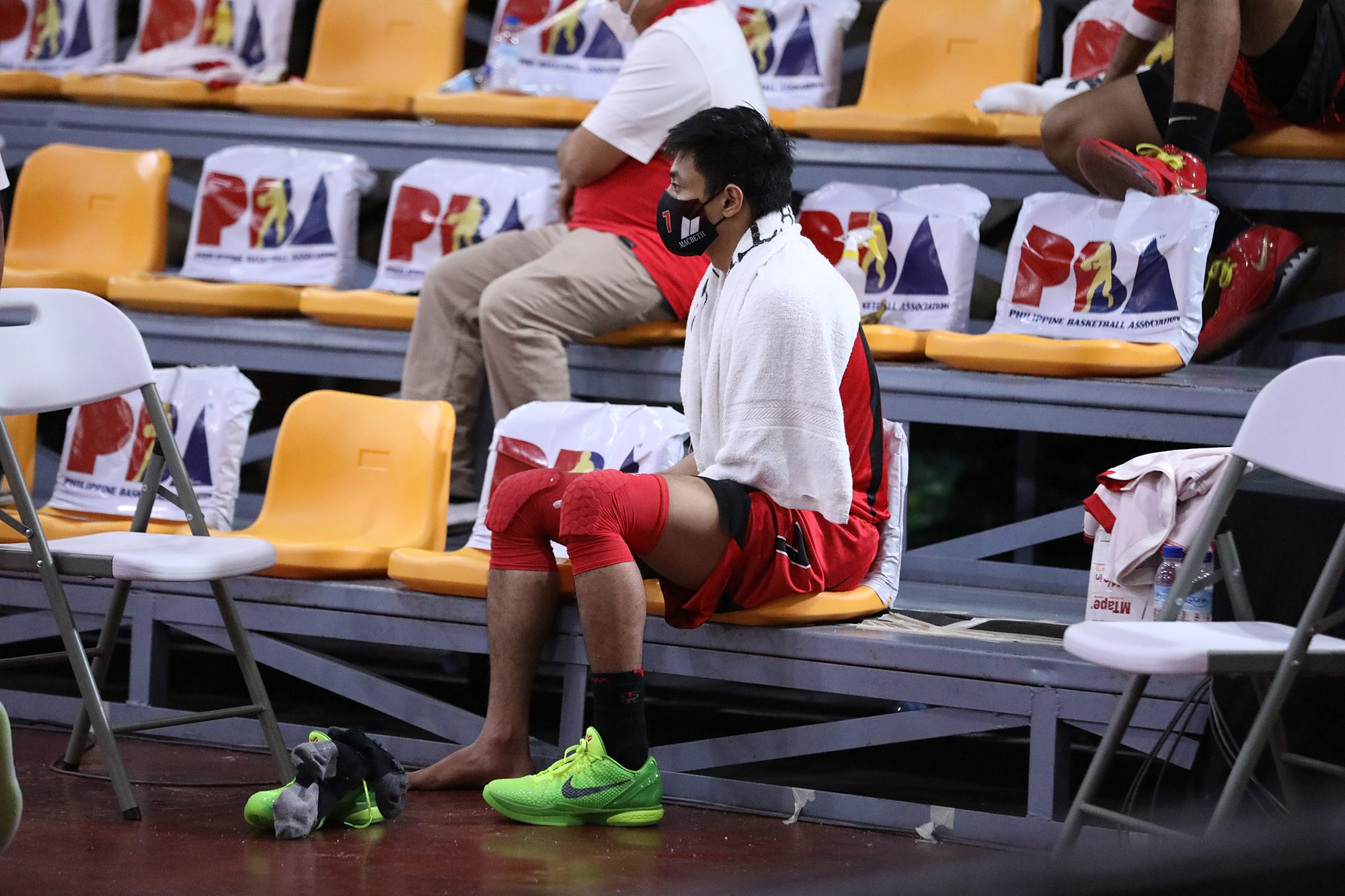 Facebook Twitter Copy URL
Copied
Already without Alex Cabagnot, San Miguel loses one of its best players as Terrence Romeo, the second-highest scorer in the PBA, injures his right foot

The injury bug has bitten San Miguel once again, further crippling its backcourt unit with Terrence Romeo hurting his foot.

Already without Alex Cabagnot, San Miguel lost one of its best players as Romeo sustained an injured right foot early in its 110-80 blowout win over Phoenix in the PBA Philippine Cup on Friday, September 17.

Romeo left the game late in the opening period and did not return.

“Terrence is a hard worker. I’m sure he wants to play because he really prepared for this tournament,” San Miguel coach Leo Austria said of Romeo, who got sidelined earlier in the season due to an injured knee.

“If he gets injured again, it will not be good for us because we all know Terrence right now, before this game, he was one of the top scorers in the league,” Austria added.

Although San Miguel missed the point production of Romeo, who averages a second league-best 19 points, it relied on its other stars to notch its sixth win in nine games and punch its quarterfinals ticket.

Austria now is banking on his other guards, particularly Paul Zamar, to fill in the void left by Romeo.

Zamar played more than 21 minutes against Phoenix – his longest playing time since the PBA restarted the conference in Bacolor, Pampanga.

“We need to develop his (Zamar) confidence so I gave him a longer playing time in preparation for our next games, because as of now, we are undermanned in the point guard spot.”

Still, Austria has his fingers crossed that Romeo will be able to return as soon as possible, especially with the playoffs looming.

“We do not know yet when he will play again but I’m praying and hoping that it is nothing serious,” Austria said. – Rappler.com