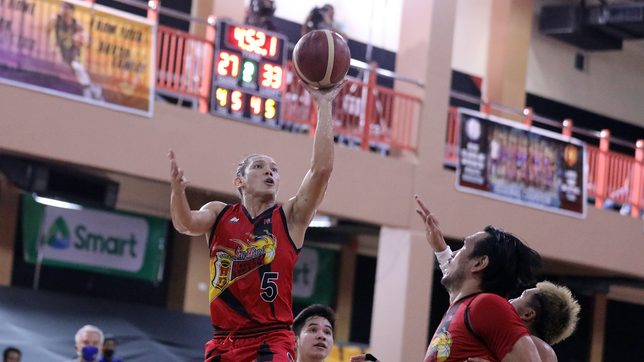 Another member of the “Death Lineup” has parted ways with San Miguel.

The PBA approved the deal on Saturday, November 13.

Seeking to end their three-conference title drought, San Miguel has undergone a major revamp by letting go of their two oldest players: the 40-year-old Santos and the 38-year-old Cabagnot.

He also earned a Mythical First Team and two Mythical Team selections during his stint with San Miguel.

It was not the first time, though, that San Miguel dealt Cabagnot.

San Miguel traded Cabagnot to GlobalPort – now NorthPort – in 2014 but he found himself back to the team after less than a year.

Meanwhile, Enciso led Blackwater in scoring with 13.7 points on top of 4.1 assists and 2.8 rebounds in the all-Filipino conference, although the team finished at the bottom with a 0-11 record.