San Miguel hoping to get hurt Terrence Romeo back for playoffs 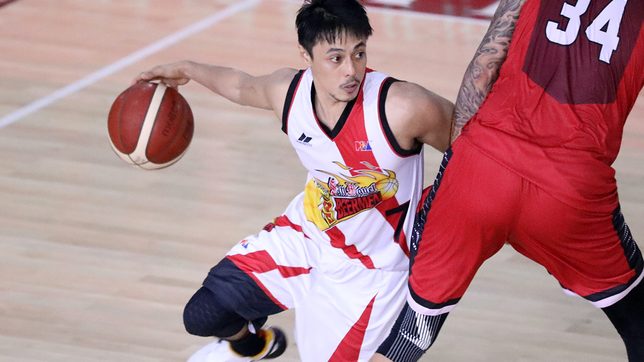 TOP GUARD. Terrence Romeo had been on a tear before hurting his foot.

There is a possibility that San Miguel will have Terrence Romeo back in the lineup just in time for the PBA Philippine Cup playoffs.

Romeo has been sidelined for the last two games after hurting his right foot in the first quarter of their 30-point blowout victory over Phoenix on Friday, September 17.

“MRI results show that his achilles is intact. However, his foot is still swollen and is still under a lot of pain,” said San Miguel team manager Gee Abanilla.

While San Miguel managed to do fine without Romeo against Phoenix, it missed his scoring against Magnolia on Sunday, September 19, in a loss that kept the team out of contention for a twice-to-beat quarterfinals bonus.

San Miguel slipped to 6-4 for fourth place after its 10-point loss to Magnolia.

Romeo is expected to sit out their final elimination-round match against Alaska on Wednesday, September 22.

But the flamboyant guard could return sooner than expected.

“[T]here is a chance for him to rejoin the team hopefully, by the quarters, although of course, he won’t be a 100 percent,” Abanilla said.

Romeo had been on a tear before his injury.