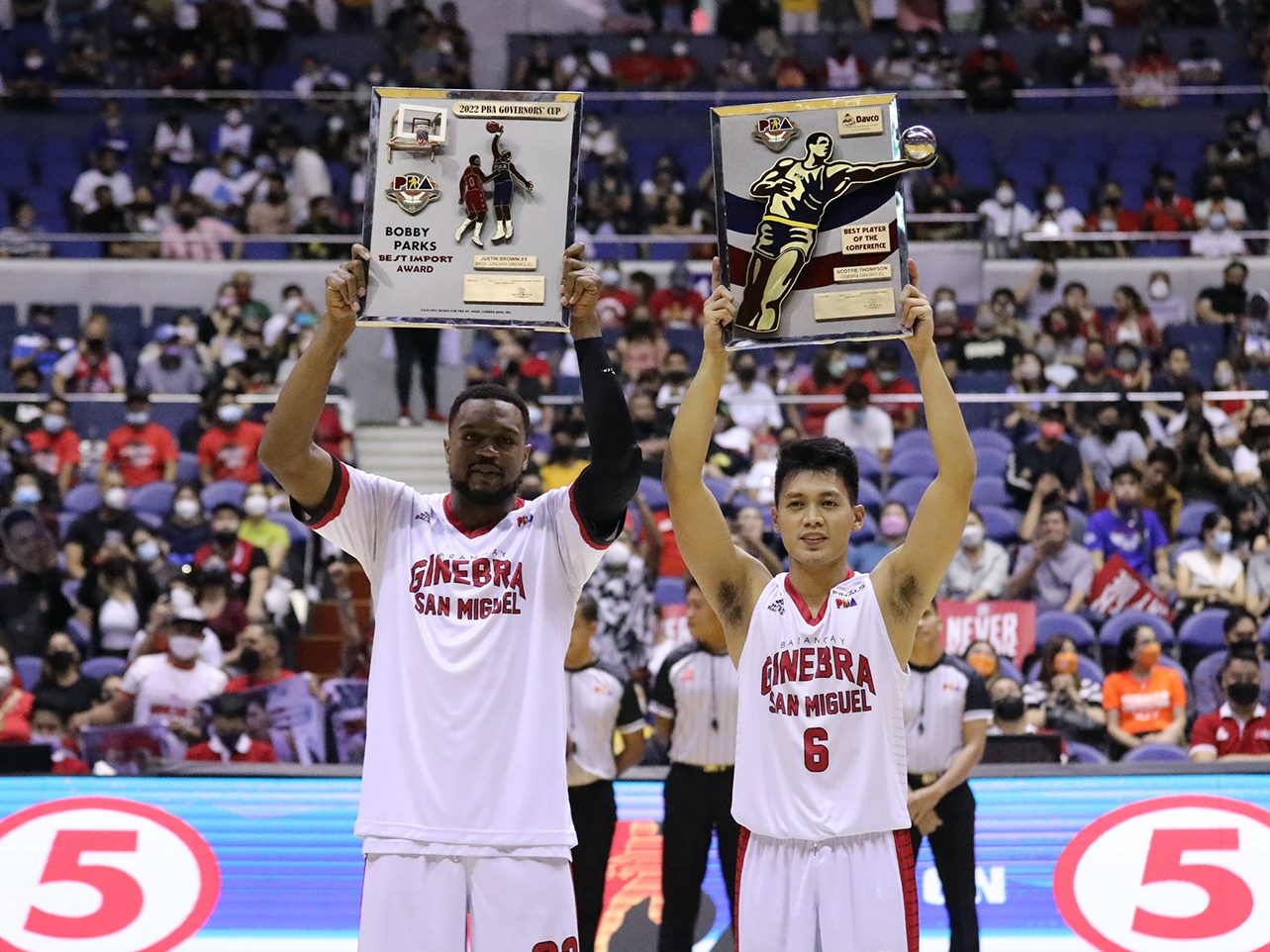 MANILA, Philippines – Winning the Best Player of the Conference in the PBA Governors’ Cup still came as a surprise to Scottie Thompson.

The Barangay Ginebra star admitted he did not expect to capture his maiden BPC plum considering he is not really known for scoring in bunches like past winners.

“You all know that I’m not really a scorer. I got surprised because I never thought that a role player like me can win an award like this,” Thompson said in a mix of Filipino and English.

In fact, Thompson posted the lowest scoring average among the top five contenders for the BPC honors with 13.5 points through the semifinals.

All the other players in the top five – NorthPort’s Robert Bolick and Arwind Santos, Phoenix’s Matthew Wright, and TNT’s Mikey Williams – averaged at least 17 points.

But what Thompson lacked in scoring, he made up for in his do-it-all play.

Thompson led the top five in rebounding with 9.6 boards and ranked third in assists with 6 dimes on top of 1.1 steals.

It also helped Thompson that he reached the semifinals, while the rest of the top five failed to make it past the quarterfinals, with statistical front-runner Bolick falling short of a playoff appearance.

“The thing that makes me most proud about Scottie getting this award is that people are rewarding him not just for being a scorer. They’re rewarding him for an all-around game,” said Gin Kings head coach Tim Cone.

“I do not think there is any doubt that Scottie is the premier all-around player in the league at this point in the PBA.”

Scoring, though, is slowly becoming another weapon for Thompson.

Overall, Thompson has upped his scoring numbers in the finals, where he is averaging 18.3 points to go with 9 rebounds and 4.8 assists.

“I’m truly blessed to be under coach Tim. I’m grateful for his trust,” Thompson said. “I admire him because he finds a way how to use us – not just me – effectively.” – Rappler.com