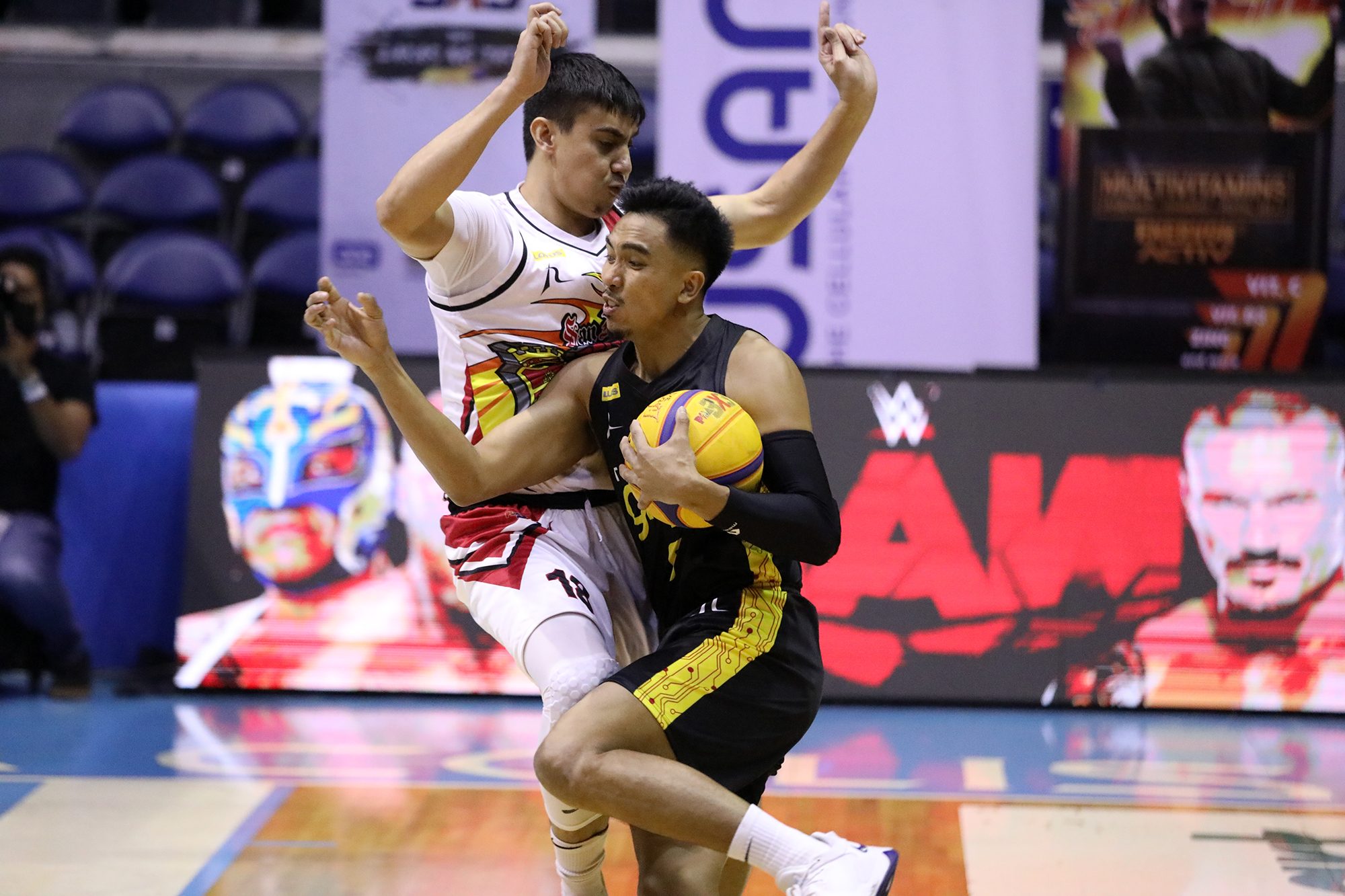 MANILA, Philippines – The big guns began flexing their muscles even as favorite Limitless App got off to a slow start in the Leg 6 opener of the PBA 3×3 second conference Tuesday, April 12 at the Smart Araneta Coliseum.

Meralco, TNT, Pioneer Pro Tibay, and Purefoods emerged unscathed and seized the top spot in their respective groups on opening day of the leg pool play of the half-court tournament.

The Bolts, still playing minus injured big man Alfred Batino, booked a berth in the knockout stage by topping Pool A with a 3-0 record, including a thrilling 22-18 victory over Jorey Napoles and the Appmasters.

Over in Pool B, TNT and Pioneer shared the top spot with similar 2-0 records on separate victories over San Miguel and Terrafirma 3×3.

Purefoods, meanwhile, lorded it over in Pool C also behind a 2-0 slate after turning back Master Sardines (21-9) and Platinum Karaoke (21-17) one after the other.

Limitless currently sports a 1-2 record in Pool A for third place behind Barangay Ginebra (2-1), and tied with Sista (1-2), while NorthPort occupies the bottom spot at 1-3.

The Kings are also assured of advancing to the next stage after beating Limitless (21-17) and Sista (21-11), leaving the Appmasters and Super Sealers to dispute the remaining quarterfinal berth in the group.

Limitless and Sista are set to clash in the final match of a six-game schedule on the final day of pool play at 11 am for the last playoff berth in their pool.

The top two teams in Pool B and C will also progress to the next round, with the eighth and last quarterfinal berth to be disputed between the third best team in Pools B and C.

The knockout phase will be played in the afternoon also at the Big Dome and serves as preliminary to Game 4 of the PBA Governors’ Cup finals between Meralco and Barangay Ginebra. – Rappler.com