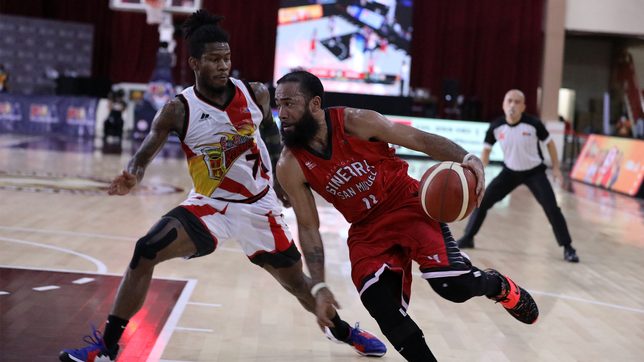 MAJOR LOSS. Stanley Pringle has only played one game this conference.

Answering a fan’s follow-up on Pringle’s status on Twitter, the legendary tactician revealed that the 34-year-old combo guard had surgery on his left meniscus sometime last week, and at least put fears of an anterior cruciate ligament (ACL) tear to rest.

Pringle, the 2020 Philippine Cup Best Player of the Conference, only played Ginebra’s opening game last December 12, and finished with 7 points, 4 rebounds, 3 assists, and 1 block in a nail-biting 80-77 win against the Alaska Aces.

The two-time PBA champion has since been an active supporter of his team from the sidelines, and has joined Jared Dillinger, Joe Devance, Mark Caguioa, and Aljon Mariano in Ginebra’s so-called “injured squad.”

The Kings, who are technically still the reigning Governors’ Cup champions after their 2019 championship, currently hold a 3-1 record with fan favorite import Justin Brownlee back in the mix. – Rappler.com