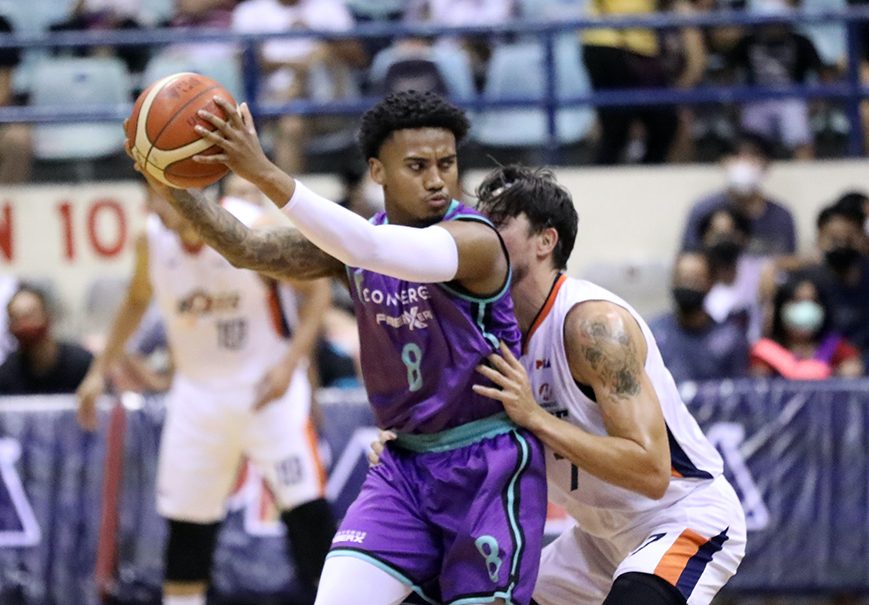 MANILA, Philippines – It took quite some time, but Taylor Browne is beginning to show his worth.

Browne proved to be one of the few bright spots in another Converge loss as he netted a career-high 14 points in a 74-90 defeat to Meralco in the PBA Philippine Cup on Thursday, June 16.

Leading all scorers for the FiberXers, the Filipino-Canadian standout shot an ultra-efficient 4-of-5 clip from three-point land in his breakout game in the PBA.

“Always wondered why he was not playing more, but at the same time, that is not really my concern,” said Bolts head coach Norman Black.

“Tonight, he surprised us by making those three-pointers.”

Drafted 16th overall by Alaska, the sophomore guard struggled to live up to expectations as he mostly rode the bench throughout his rookie season.

He appeared in just four games last season – all in the Philippine Cup – on an average of 6.2 minutes and sat out the entire Governors’ Cup.

In fact, the 14 points Browne dropped against Meralco eclipsed the 12 points he recorded throughout the previous season.

But Browne took advantage of his extended playing time as he churned out 11 of their 12 second-quarter points to keep Converge afloat, with RK Ilagan the only other FiberXers player to score in the period.

“Obviously, he is a really good shooter and looks like he has a future in the league.”

Toting a 1-3 card, Converge needs another efficient shooting performance from Browne as it tries to snap a two-game skid when it tangles with winless Terrafirma on June 22. – Rappler.com