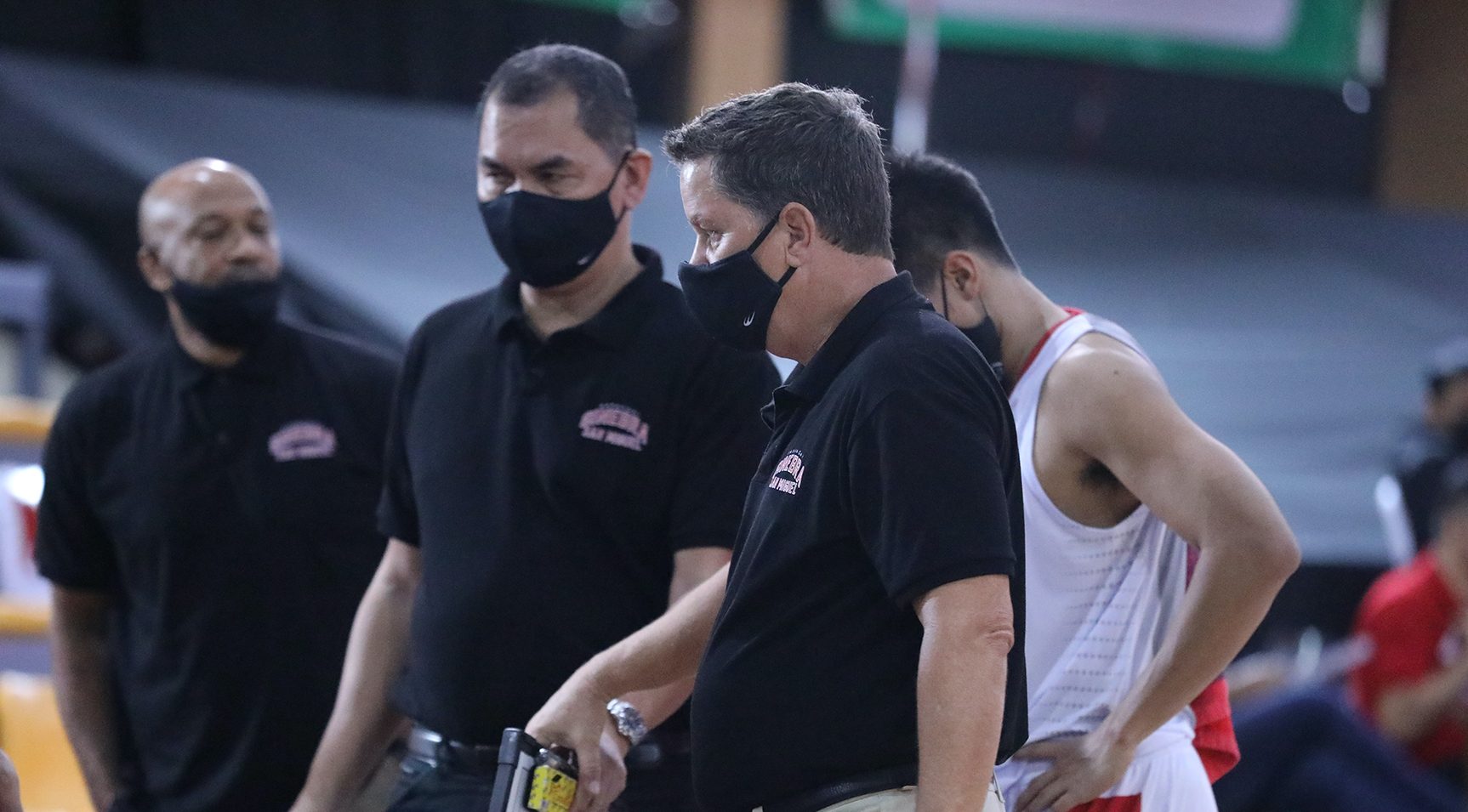 EVEN. Tim Cone and Barangay Ginebra level their record to 3-3 with a win over Rain or Shine.

Barangay Ginebra head coach Tim Cone admitted he should not have lost his cool after confronting Beau Belga in the third quarter of their 83-77 win over Rain or Shine in the PBA Philippine Cup on Wednesday, September 8.

Cone and Belga engaged in a verbal spat with less than seven minutes left in the third period as the Rain or Shine big man committed a hard foul on Ginebra star Christian Standhardinger.

Officials slapped Belga with a technical foul for second motion.

Upset by the hard foul, Cone shouted at Belga, who had to be pushed away by teammates and opponents as he tried to come near, also visibly irked by the reaction of the Ginebra mentor.

Cone, however, had a realization as the dust settled.

“Beau just got his second motion on Christian and I said something to him and he took offense, which he should,” Cone said.

“The opposition coach shouldn’t be saying stuff like that,” Cone added. “I just got mad at him for giving the second motion to Christian. That’s not me, I shouldn’t be doing that.”

Cone and Belga immediately patched things up at the end of the game as they shared a hug at the middle of the court.

“I went over to apologize, I said I shouldn’t be doing that,” Cone said.

Cone even praised Belga for his basketball savvy and guile, saying the burly forward comes close to the level of PBA legend Bong Hawkins in terms of basketball intelligence.

“Beau and I have a good relationship. And no one plays a smarter game, I think, in my last 30 years of coaching, I think Beau might be the smartest player,” Cone said.

“I have to give maybe a little bit of an edge to Bong Hawkins but Bong and Beau are the two smartest players I’ve ever seen play in the PBA just in terms of pure intelligence. And I appreciate Beau’s game.”

Belga and Rain or Shine, though, failed to outsmart Ginebra as they suffered their second straight loss to drop to 4-4 for sixth place.