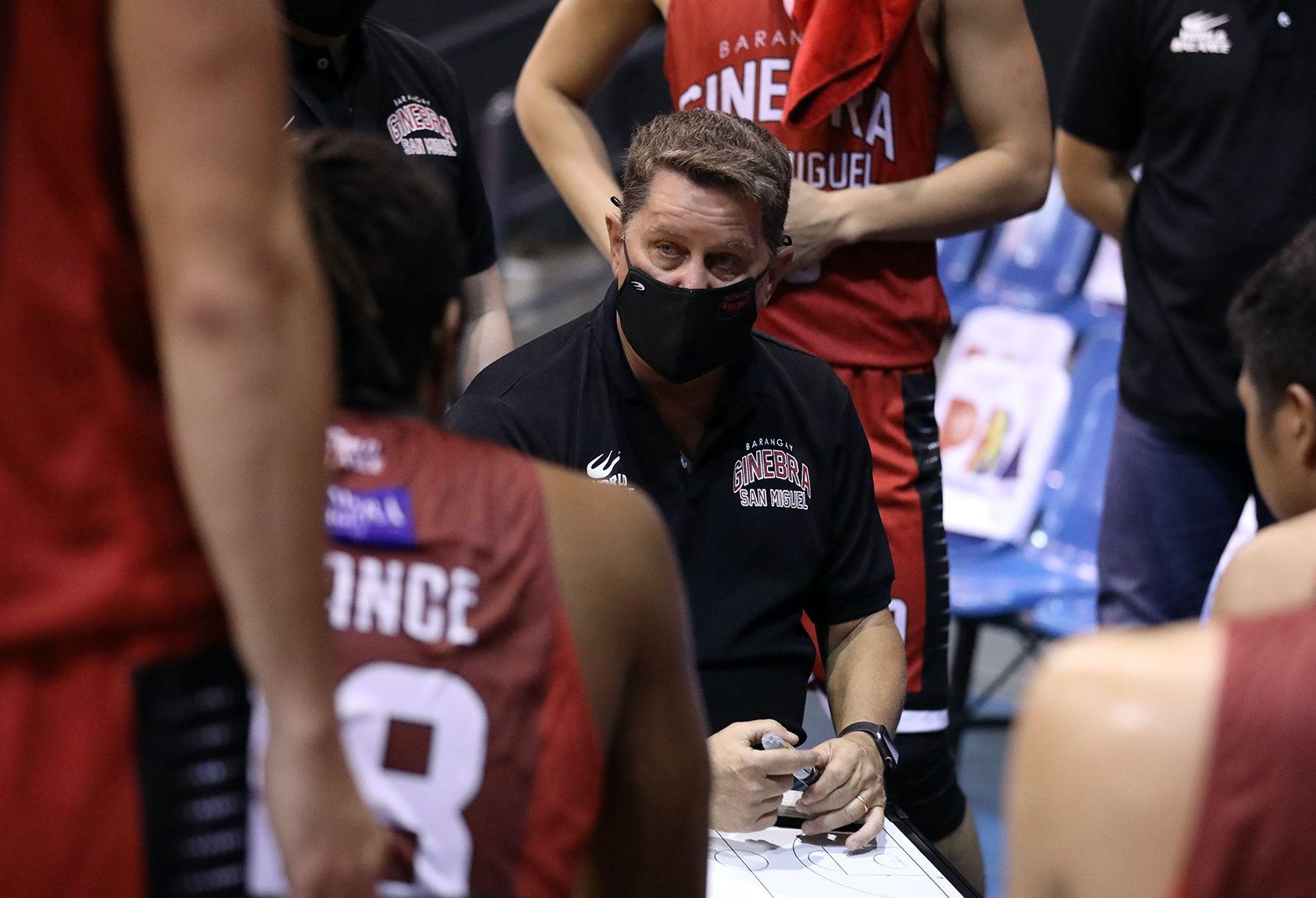 Tim Cone apologized after Barangay Ginebra fell prey to San Miguel in the PBA Philippine Cup, a result that sparked suspicion that it deliberately lost to help its sister team get back on track.

Ginebra hardly looked like the team that leads the conference after absorbing a 66-81 blowout loss to San Miguel on Sunday, November 8.

With the victory, San Miguel arrested a two-game skid and improved to 6-4 to force a four-way tie at 4th place with Meralco, Alaska, and Magnolia.

“I truly apologize to the fans if what we did was construed differently,” Cone said in a series of tweets explaining his perspective on the loss.

Fans took notice how Cone used his rotation of players against San Miguel as he limited the playing time of several of his stars.

Stanley Pringle and Japeth Aguilar, for example, both saw action for less than 20 minutes after averaging more than 30 minutes in their previous games for Ginebra.

Also, fans questioned why Cone did not field in his usual starters when Ginebra narrowed the gap to single digits in the second half.

Cone said he wanted to preserve the energy of his stars, considering Ginebra will play a second game in back-to-back days against Terrafirma on Monday, November 9.

“If we lose both of our last two games, we’re not assured of top 4 finish. We had to make a decision. If we fall behind early, we’re going to rest guys that were banged up,” Cone said.

“We weren’t going to risk losing two games trying to fight back in one game,” he added.

Cone, though, admitted his players did not perform to level expected of them, particularly in a marquee matchup against their rivals.

“Ultimately, our guys didn’t show up for SMB and that was disappointing and unacceptable. They know that. But that’s also on me. I didn’t prepare them well,” Cone said.

“It’s always on me to see the Big Picture. Hopefully, I’m doing that.”

Ginebra (7-3) will try to lock up its position in the top 4, which merits a twice-to-beat incentive in the quarterfinals, with a win over also-ran Terrafirma (1-8). – Rappler.com