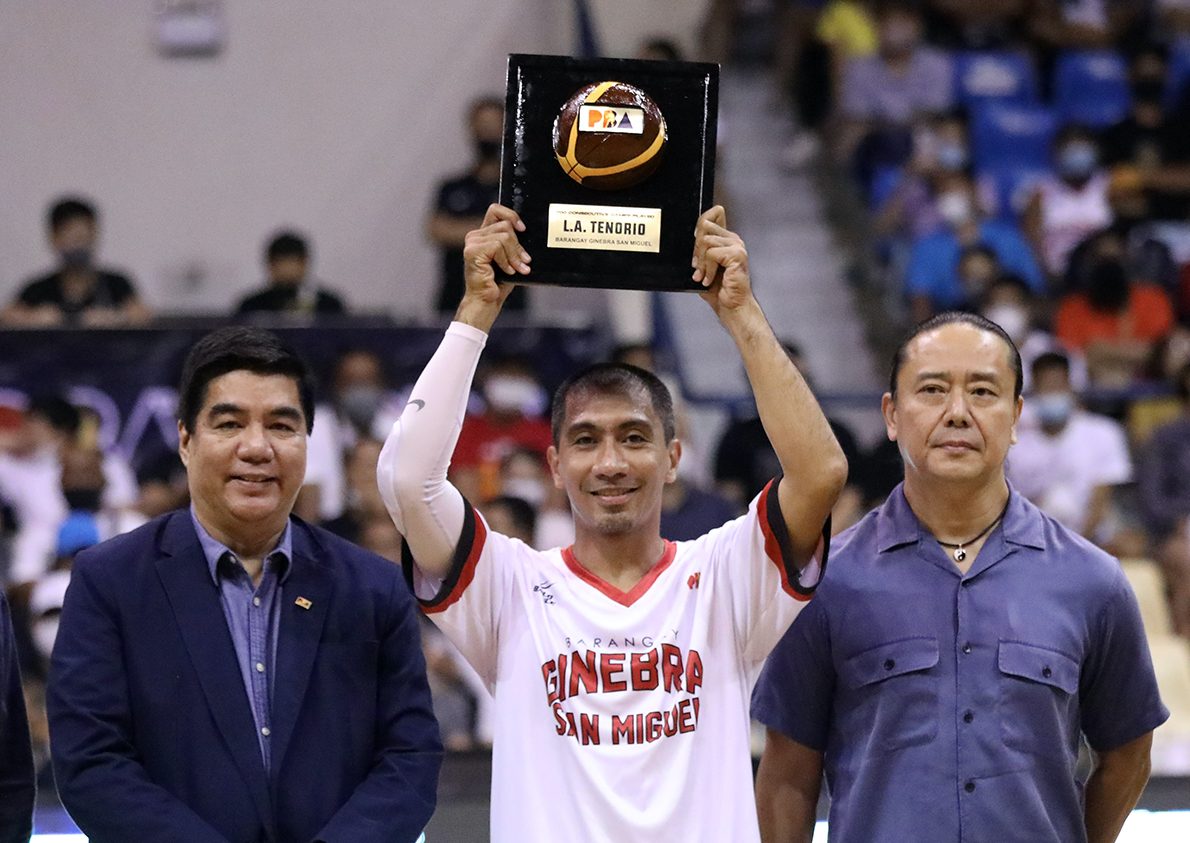 MANILA, Philippines – LA Tenorio is a freak of nature.

That is how Barangay Ginebra coach Tim Cone simply put it as Tenorio played his 700th straight PBA game in the Gin Kings’ 85-82 escape over the Blackwater Bossing in the Philippine Cup on Sunday, June 12.

Breaking the record for most consecutive games played previously held by PBA legend Alvin Patrimonio three years ago, Tenorio further cemented his status as the “Iron Man” by logging in 31 minutes.

Tenorio finished with 5 points and 4 assists, the last of which secured the win for Ginebra as he dished a dime to Japeth Aguilar for the go-ahead jumper in the waning seconds.

“He is a freak of nature. Some people just have a certain thing that is different about them,” said Cone, who coincidentally also set a personal milestone by coaching his 1,700th PBA game.

Cone even used NBA star LeBron James and Major League Baseball (MLB) icon Cal Ripken as examples to underline the feat of Tenorio, who is seeing action in his 16th season in the PBA.

Ripken holds the record for most consecutive games played in MLB history of 2,632 outings.

“Those guys are just freaks of nature, they just have a different gene, I think, a different DNA than everybody else. LA has it,” Cone said.

Tenorio nearly saw his Iron Man streak come to an abrupt halt when he underwent an appendectomy in 2020 just weeks before the first PBA bubble.

But the 37-year-old veteran kept his record intact and went on to lead the Gin Kings to their first Philippine Cup championship in 13 years as he captured the Finals MVP honors.

“He does not get injured, knock on wood. He had an appendicitis and he had an operation and five days later, he is playing in a basketball game, he is draining his wound while he is playing,” said Cone.

Setting aside the fact that Tenorio is physically gifted, Cone lauded the floor general for his discipline and attention to detail – qualities that worked wonders for his longevity.

“We used to see him…completely submerged up to his neck in ice bath after every practice. I cannot even put my little toe into it and he submerges his own body and sits in there,” Cone said.

“He brings his own food at practice. You never see him going and eating any fast food or anything like that. He really takes care of himself.” – Rappler.com