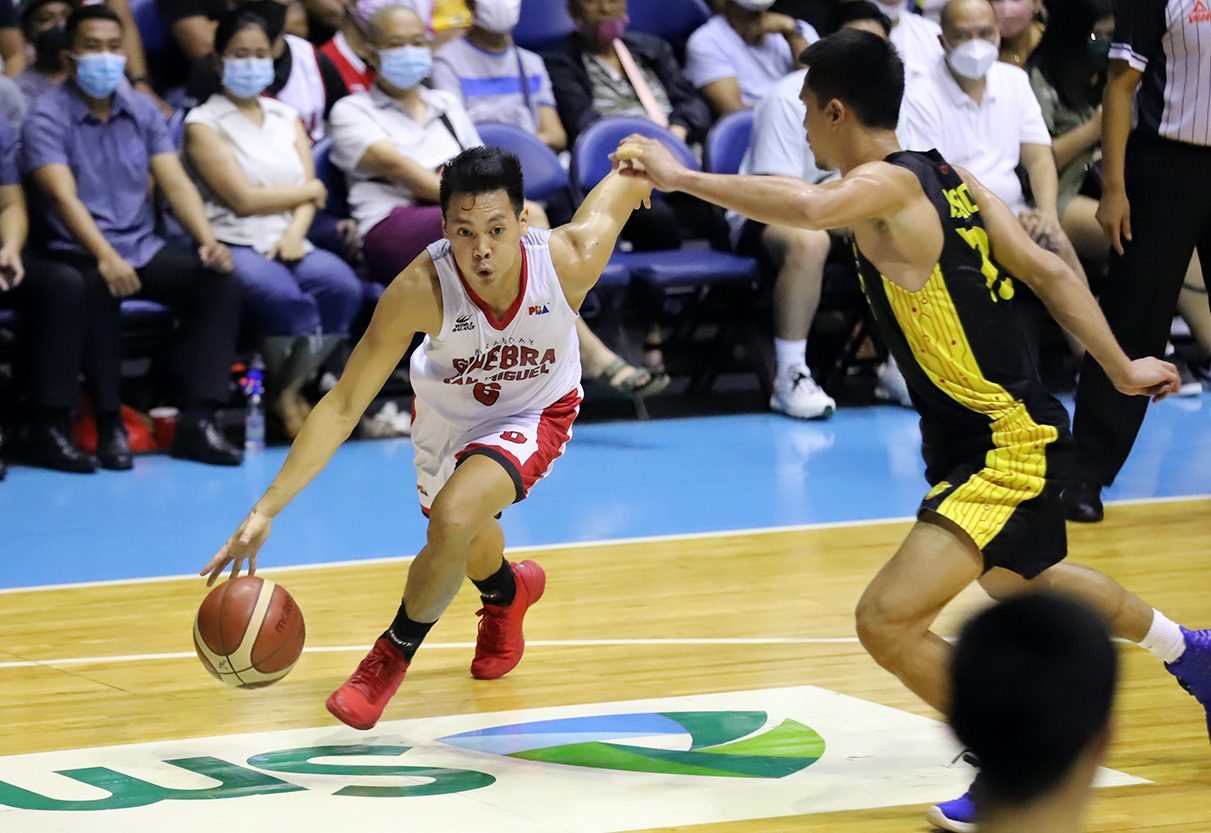 MANILA, Philippines – It was just another day in the office for Scottie Thompson.

Tim Cone said he is no longer surprised to see Thompson deliver another masterful performance as Barangay Ginebra stayed alive in the PBA Governors’ Cup with a 104-92 quarterfinals win over TNT on Wednesday, March 16.

Helping the Gin Kings stave off elimination, Thompson scattered 23 points on 8-of-15 shooting to go with 15 rebounds, 8 assists, and 2 blocks.

“I think those are the kind of numbers he’s going to put up consistently all the time as his career continues to evolve and get better. So I’m not surprised by that,” Cone said.

Thompson churned out 9 crucial points in the fourth quarter, none bigger than the clutch three-pointer with two minutes left.

The Tropang Giga trailed by just 4 points, 90-94, before Thompson found his mark from beyond the arc for the triple that sparked their win-clinching 10-2 run.

As proof of his positive impact, Thompson tallied a plus-minus of +18 – the second-highest in the team – despite playing 45 minutes.

“That’s Scottie, man. That’s all I can say about that,” Cone said.

“I took him out of the game twice and we lost leads as soon as he walked off the court. So that should tell you how important that all is.”

For Cone, what made Thompson more impressive was the fact that he did all of that while being the primary defender of Mikey Williams.

Williams struggled as he scored 19 points on 18 shots – a subpar performance for the Best Player of the Conference contender.

“I know he’s popular because he plays for Ginebra, but even if he’s on another team, I think that he would be considered one of the top players in the league.” – Rappler.com