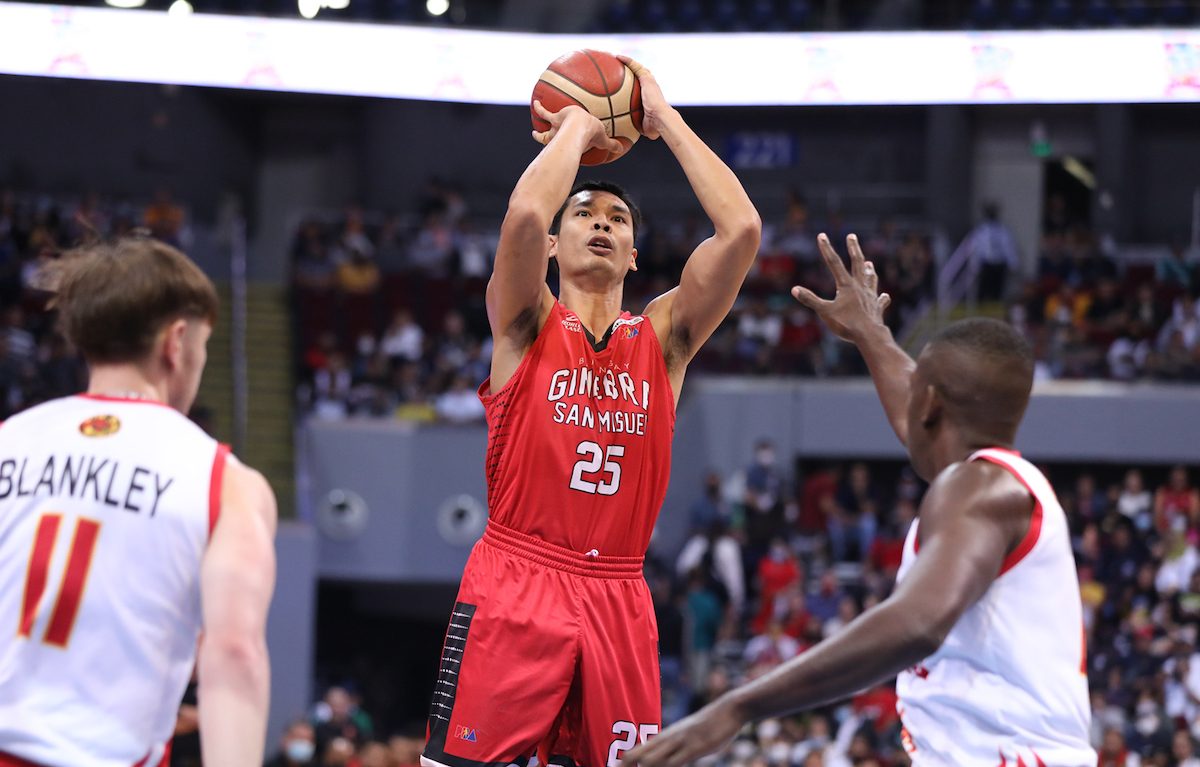 STRUGGLE. Japeth Aguilar has been a shell of his former self in the finals.

MANILA, Philippines – Barangay Ginebra head coach Tim Cone lauded Japeth Aguilar for powering through in the PBA Commissioner’s Cup finals despite not being at his best shape.

Cone bared Aguilar has been dealing with health issues, which has largely affected his production in the best-of-seven series against guest team Bay Area.

“We’re not sure what it is. We’re going to get him checked out.”

Aguilar has been a shell of his former self in the finals, averaging just 4.7 points and 3.3 rebounds through the first three games.

Prior to the championship affair, the high-flying forward delivered his finest performance of the conference and put up 19 points, 8 rebounds, 3 assists, and 2 steals in a 99-84 win that eliminated Magnolia in the semifinals.

That turned out to be the last time Aguilar scored in double figures as his struggles continued in Game 3, recording a conference-low 3 points on top of 2 rebounds and 1 steals in an 89-82 victory on Wednesday, January 4.

“Before practice yesterday morning, he was throwing up – quite violently, in fact – so we weren’t sure if he was going to play today. But he’s been a trooper, he’s been battling through it,” said Cone.

Although Aguilar has yet to produce his usual numbers in the finals, his presence alone has been a major factor for Ginebra as it enjoys a 2-1 series lead.

“He keeps coming out and he keeps putting his uniform on. He keeps playing. So credit to Japeth,” Cone said.

The Gin Kings look to push the Dragons to the brink when they meet in Game 4 on Friday, January 6, at the Mall of Asia Arena. – Rappler.com