Cone proud as Tenorio redeems self from infamous blunders 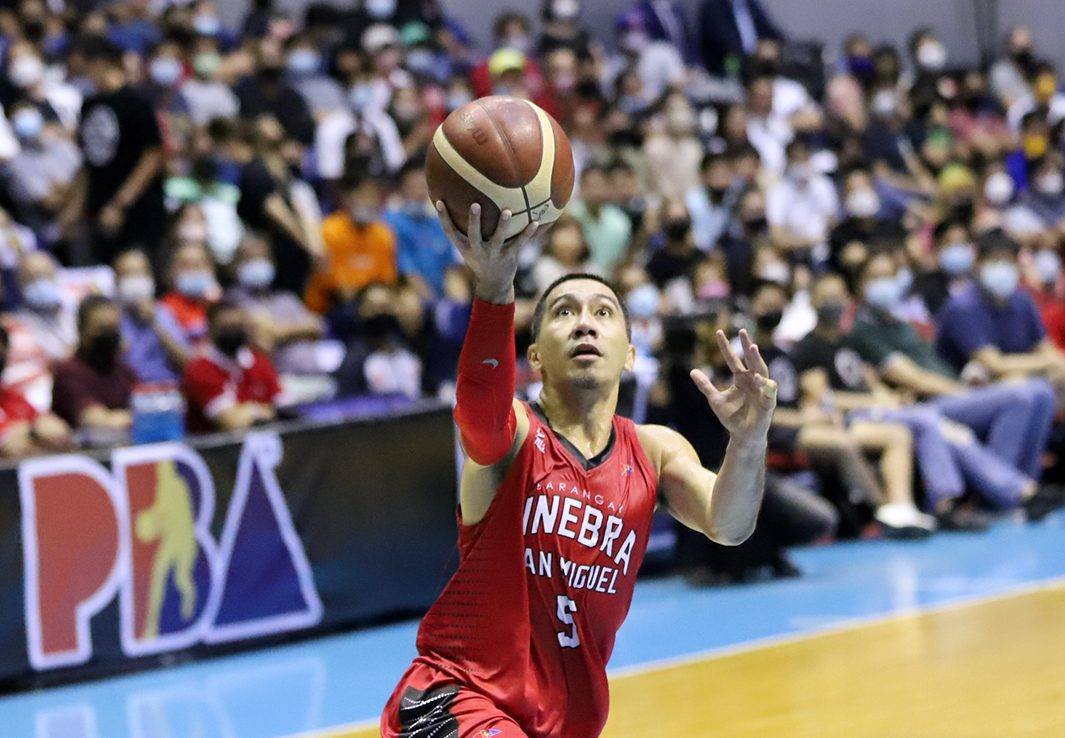 MANILA, Philippines – Tim Cone has fought countless battles with LA Tenorio that he knew it will not take long for his prized guard to regain his bearings.

Tenorio redeemed himself from his infamous blunders in Game 3, proving to be a steadying presence as Barangay Ginebra advanced to the PBA Governors’ Cup finals with 112-93 win over NLEX on Wednesday, March 30.

He finished with 14 points, 3 rebounds, 2 assists, and 2 steals to help the sixth seed Gin Kings dispose of the second seed Road Warriors in four games in their best-of-five semifinal series.

“LA is a vet. I just had no concern for him. We just kind of ignored the whole thing, we didn’t really talk it out,” said Cone.

“We just kind of [pretended] like it never happened and we just moved forward.”

Tenorio found himself the subject of scrutiny – even by their own fans – after his endgame errors denied the defending champion Gin Kings what would have been a semifinals sweep.

With Game 3 tied at 83-83 late, Tenorio turned the ball over as his pass intended for Brownlee got stolen by Cameron Clark, who completed an and-one play to give the Road Warriors a three-point lead.

Tenorio then went for an easy layup just before the final buzzer sounded, unaware that his team needed a three-pointer to force overtime, allowing NLEX to escape with an 86-85 victory and survive for another day. “I know it had to be a really difficult thing for him, at home, by himself, or with his wife, discussing it, people staying stuff about it,” Cone said.

Cone showed how much he trusts Tenorio by fielding him for more than 42 minutes – no other Ginebra player saw action for more than 40 minutes aside from import Justin Brownlee, who logged nearly 45 minutes.

While Tenorio shot a meager 37% (6-of-16) from the field, he still tallied a game-high-tying plus-minus of +21 to key the Gin Kings to their fourth finals appearance in the last five editions of the Governors’ Cup.

Cone said he is “proud” of Tenorio.

“I had no worries. I’m sure some people had worries, but I’ve known LA for so long, I knew he’d get right through it and move on.”  – Rappler.com