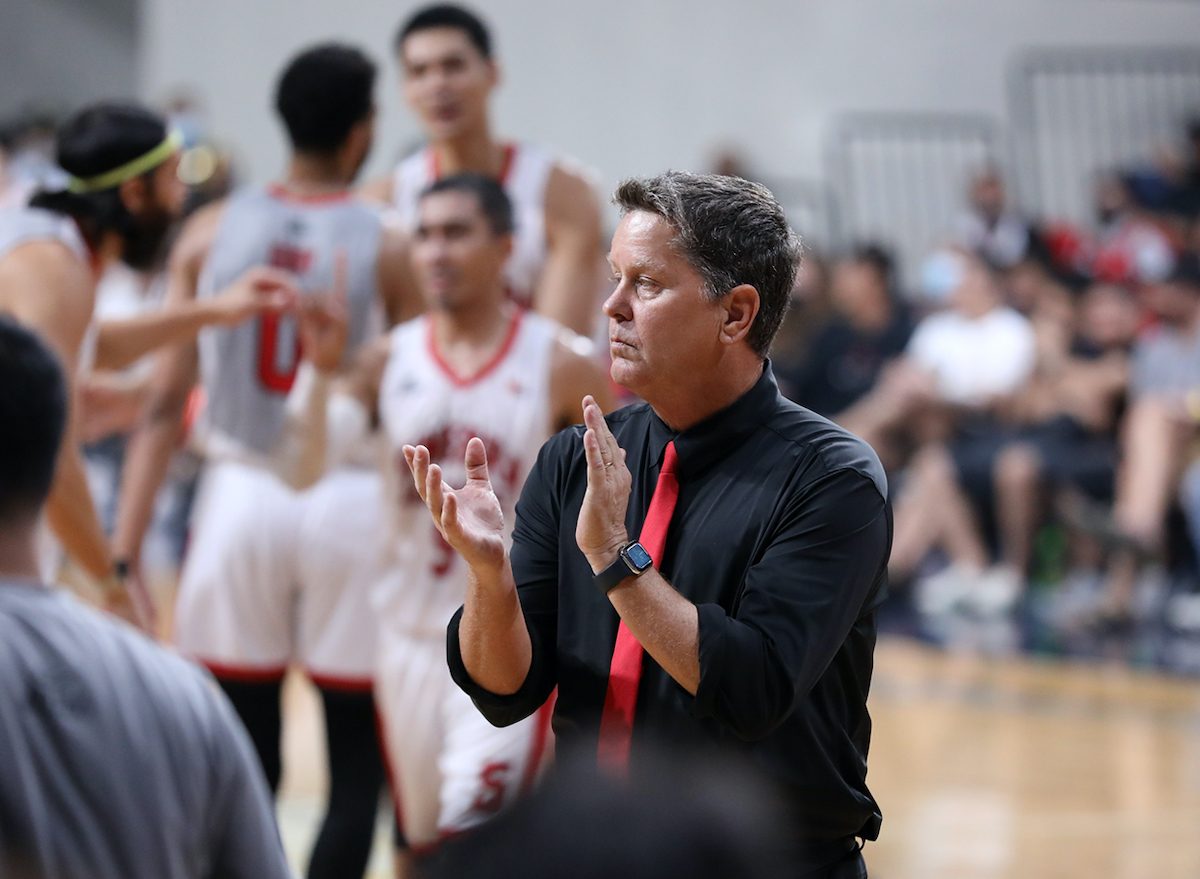 IN THE RUNNING. Tim Cone and Barangay Ginebra stay in the hunt for a win-once incentive in the quarterfinals.

Facebook Twitter Copy URL
Copied
In order to clinch the last available twice-to-beat advantage in the quarterfinals, Barangay Ginebra needs Magnolia to lose to Rain or Shine in the final game of the elimination round

MANILA, Philippines – Tim Cone will have to root for the opponent of the team he guided to a rare PBA Grand Slam.

Cone has his fingers crossed that Magnolia loses to Rain or Shine in the final game of the elimination round on Friday, December 2, as Barangay Ginebra tries to claim the last available twice-to-beat advantage in the quarterfinals.

Improving to 9-3 for third place after their 115-96 win over Converge on Wednesday, the Gin Kings need the second seed Hotshots (8-2) to get beaten by the Elasto Painters and finish with the same record.

Ginebra will then clinch the playoff bonus by virtue of its win over Magnolia earlier in the eliminations.

“Sorry Mark (Barroca) and Rafi (Reavis) and all the guys I used to coach over there, but we’re going to be cheering madly against you,” said Cone, who steered the Purefoods franchise to five titles during his four-year stint.

The Hotshots are heavily favored to remain as the second seed as they consistently maintained their place at the top of the standings throughout the conference.

But Cone hopes Rain or Shine coach Yeng Guiao whips up the same magic just like the time the Elasto Painters gave the Gin Kings a rude awakening.

Ginebra absorbed a 22-point beating at the hands of Rain or Shine in its conference opener.

“Coach Yeng has always come up with great games. So we’re going to be cheering for coach Yeng. Probably the only time in my whole life, I will, except when he was with the national team,” said Cone with a smile.

Although claiming the second spot arms the Gin Kings with the win-once armor, Cone said he will gladly accept the No. 3 spot.

“We’re just glad we did not slip down to seven or eight and have to play Bay Area or someone like that [with a] twice-to-beat,” said Cone.

“Right now, it is difficult to prepare because we do not know exactly where we are, who we play yet, and we do not even know when we play yet. So we have to wait and see what happens with all the other teams.”

If it ends up as the third seed, Ginebra will go up against either NorthPort or Phoenix in a best-of-three quarterfinals. – Rappler.com