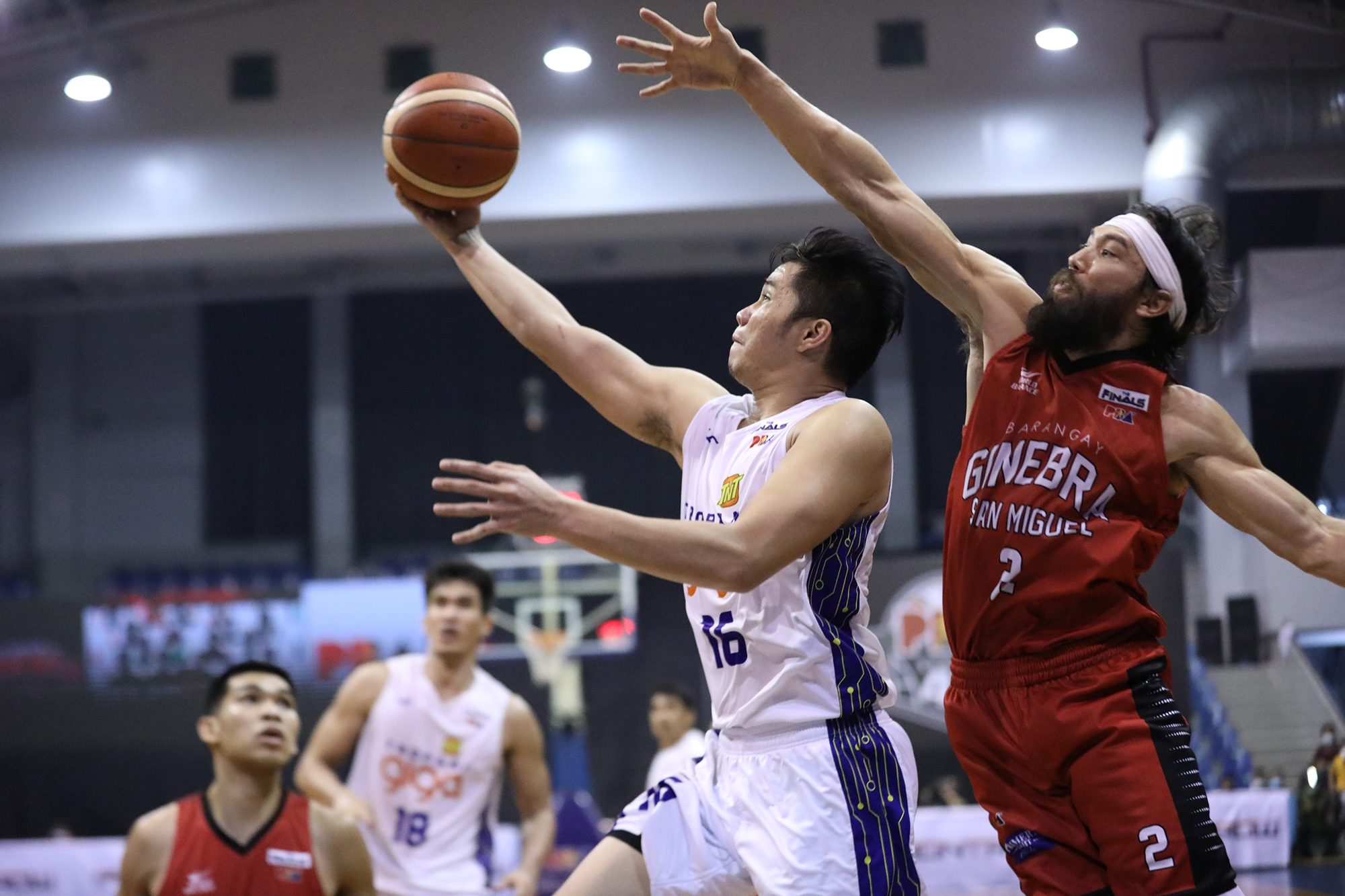 Facebook Twitter Copy URL
Copied
‘How can we be comfortable at this point knowing they dominated us pretty much the last two games, and yet we were able to win?’ says Barangay Ginebra coach Tim Cone

After stunning the TNT Tropang Giga in a come-from-behind Game 2 victory, Barangay Ginebra head coach Tim Cone reminded everyone that a 2-0 advantage against a team like TNT means nothing.

“These games could have gone either way, and that means a 2-0 lead means nothing with a team like TNT. I honestly, and truly feel that from the bottom of my heart,” Cone emphasized.

Down by as many as 15 points early in the second half of Game 2, the Gin Kings displayed their ‘Never Say Die’ attitude and went on a furious comeback to grab the win and take a 2-0 lead in the best-of-seven finals series.

However, Cone, the multi-titled tactician, still doesn’t feel comfortable at this point, as he believes his team did not play well in the first two games of the series.

“I need to say it again, we’re thankful of the win… but we didn’t play well,” said Cone. “Just like in Game 1, I felt like we could have played a lot better. We were thankful to win that, we were lucky. That was separated by one free throw.”

“How can we be comfortable at this point knowing they dominated us pretty much the last two games, and yet we were able to win?” he continued.

Cone also hopes to change Ginebra’s mindset moving forward, as they felt that the absence of TNT leading scorer Ray Parks Jr due to a left calf strain would make things easier for the Gin Kings.

“For us to think that it was going to be easier without Bobby Ray Parks was really wrong thinking on our part and that’s something we’re going to have to try to correct as we go forward.” – Rappler.com