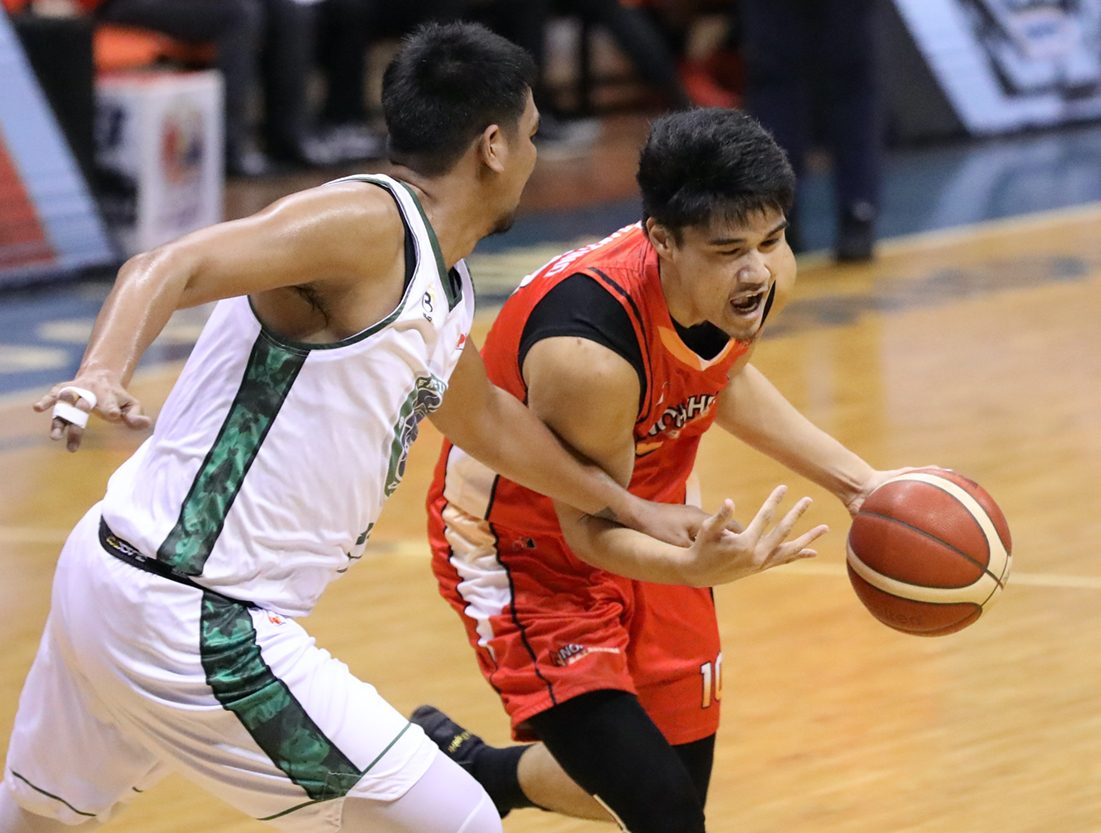 REINVIGORATED. Arvin Tolentino has been crucial as NorthPort revives its playoff bid.

ANTIPOLO, Philippines – Arvin Tolentino may have missed Gilas Pilipinas’ cut, but he is reaping the gains from his time with the national team.

Tolentino fired a PBA career-high 31 points on top of 12 rebounds and 3 steals as NorthPort completed a 91-85 comeback win that sent Terrafirma to its 25th consecutive defeat on Saturday, November 12.

He breathe life to a slow Batang Pier start by scattering 20 points in the first half before he poured in his last 11 points in their 4th-quarter fightback.

“I gained a lot practicing with the best players in the PBA,” said Tolentino in a mix of English and Filipino after being included in the 20-man pool for the fifth window of the FIBA World Cup Asian Qualifiers.

The former FEU standout joined the national team in its weekly practices but ended up as one of the last cuts before Gilas Pilipinas left the country for its pair of away games against Jordan and Saudi Arabia.

“I grabbed the opportunity. I never missed practice because it was an extra time to improve. I was not really expecting to be included because of our schedule, but I wanted to be there to help the team.”

His non-inclusion, though, has benefited NorthPort as the Batang Pier revived their playoff bid in the Commissioner’s Cup with back-to-back wins.

The sweet-shooting forward averaged 20.5 points, 9 rebounds, 3 assists, and 2 steals in those pair of victories that raised their record to an even 5-5.

Still, Tolentino wants to fulfill his dream of representing the national team on the senior level.

“I’ll do my best to prove to the team that I’m deserving, but it is a long way, I’ll try to keep on improving my game,” Tolentino said.

For now, Tolentino serves as one of Gilas Pilipinas’ cheerleaders as the team, which is fresh from a 74-66 win over Jordan, eyes a sweep of the fifth window as it faces Saudi Arabia on Monday, November 14.

“Even if I’m not with them, they have my full support. It is still our country they’re representing, and I’m proud because they won last time. Hopefully, they win the next game.” – Rappler.com