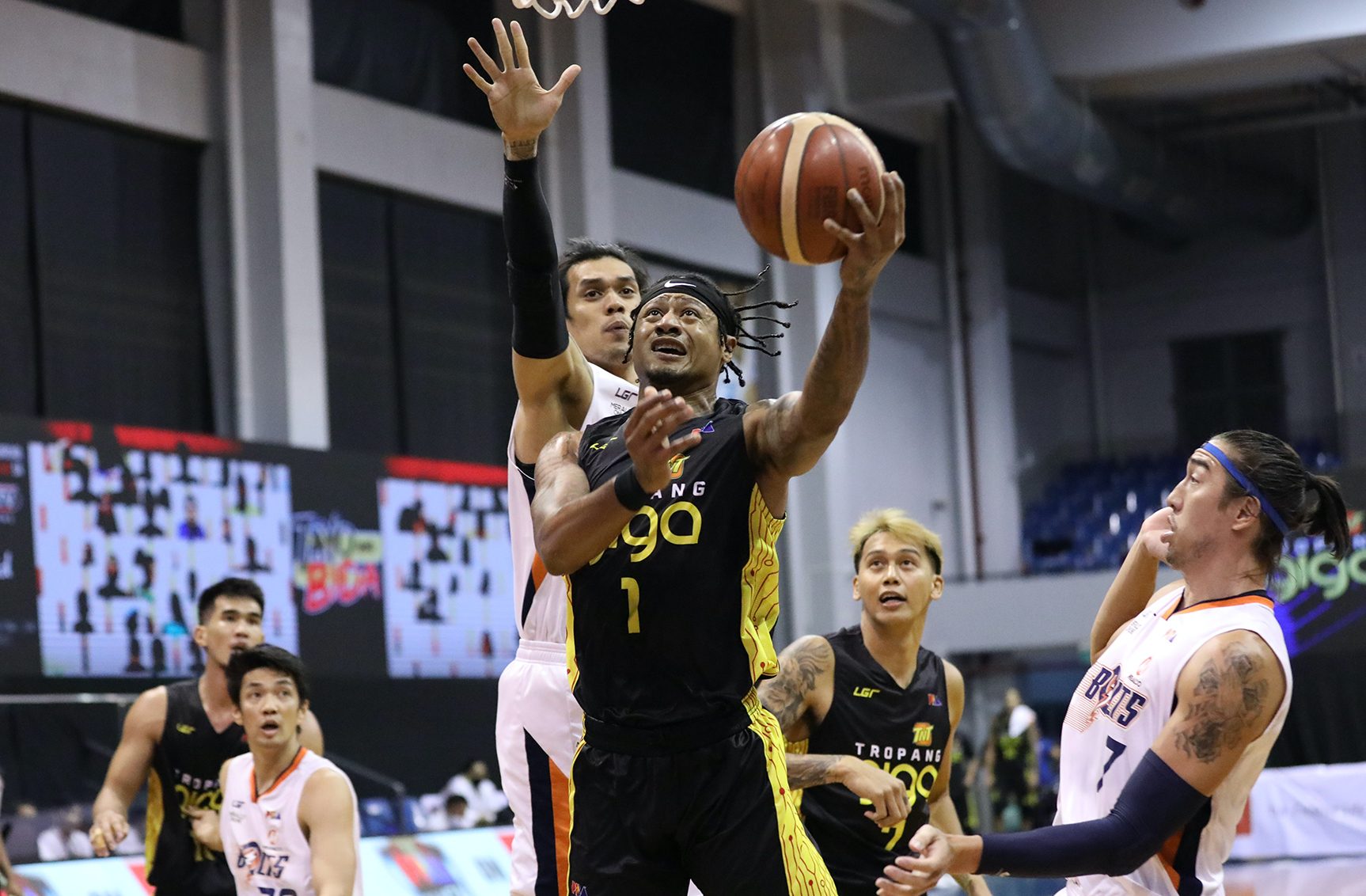 Black turned out to be a lucky color for the TNT Tropang Giga.

TNT arrested its two-game losing streak in the PBA Philippine Cup after thwarting Meralco on Friday, November 7, in a game where it debuted its “Giga Mamba” jerseys.

“Ryan and the players had the idea, maybe the excellence of Kobe and his Mamba Mentality will rub off on us,” said Ravena in Filipino.

The Los Angeles Lakers notably thrived with their own “Black Mamba” jerseys as they won 4 of their 5 playoff games last season while sporting the kit en route to capturing the NBA title.

“Fortunately, we got lucky from the All Blacks and the Mamba Mentality.”

Once the No. 1 team in the standings, TNT ceded its hold of the top spot following back-to-back losses to Magnolia and Barangay Ginebra.

But the Tropang Giga looked like a rejuvenated team against the Bolts, building a 10-point lead after the maiden quarter and never looked back to raised their record to 7-3.

“We needed to relax because they were tense from the back-to-back losses,” Ravena said. “Of course, there was pressure.”

“We told them to relax and enjoy the game, focus more on our defense.”

TNT will try to solidify its place in the top 4, which merits a twice-to-beat bonus in the quarterfinals, with a win over Rain or Shine on Tuesday, November 10, in its final elimination round game. – Rappler.com