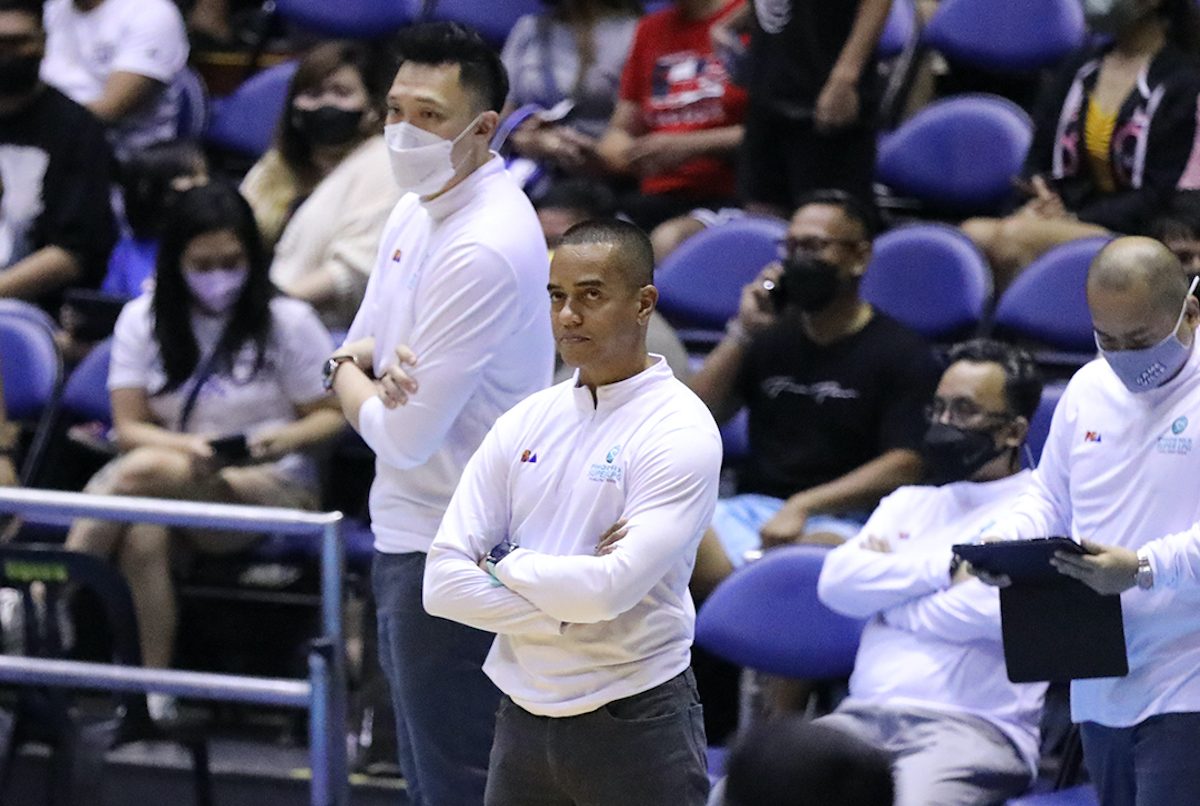 WINLESS. Topex Robinson and Phoenix are off to a poor start as they tote a 0-3 record.

MANILA, Philippines – A mild-mannered coach like Topex Robinson also has a fiery side.

The Phoenix tactician figured in a heated exchange with Bay Area star Myles Powell late in the third quarter of the Fuel Masters’ 101-91 loss to the Dragons in the PBA Commissioners Cup on Saturday, October 1.

Robinson needed to be restrained by game officials and team staff as he tried to confront Powell, who he claimed taunted Phoenix rookie Encho Serrano.

Both Robinson and Powell were called for technical fouls.

Tempers flared earlier in the third quarter after Serrano stuck his tongue out in front of Powell.

Officials slapped Serrano with a technical foul for taunting and he immediately got subbed out by Robinson.

“I told Encho, that was not the right way to do it. You have to play hard. Play physical, but do not play dirty,” Robinson said. “He did something like that, I felt that I had to correct Encho.”

According to Robinson, he took exception to Powell taunting even with Serrano already benched.

“I just told him to stop doing it,” Robinson said. “It was part of the moment. At the end of the day, it is basketball. We lost to a better team. We have to give credit to them.”

Robinson and Powell immediately buried the hatchet as they hugged it out at the end of the game.

“I have nothing against Myles. I apologized to him after. He is really a great guy,” Robinson said.

With the incident behind him, Robinson turns his focus on guiding the Fuel Masters to victory as they sit at the bottom of the standings with a 0-3 card.

Phoenix has taken several blows to its campaign after Matthew Wright decided to pursue a career in the Japan B. League and Jason Perkins underwent a knee surgery that will keep him out of the season.