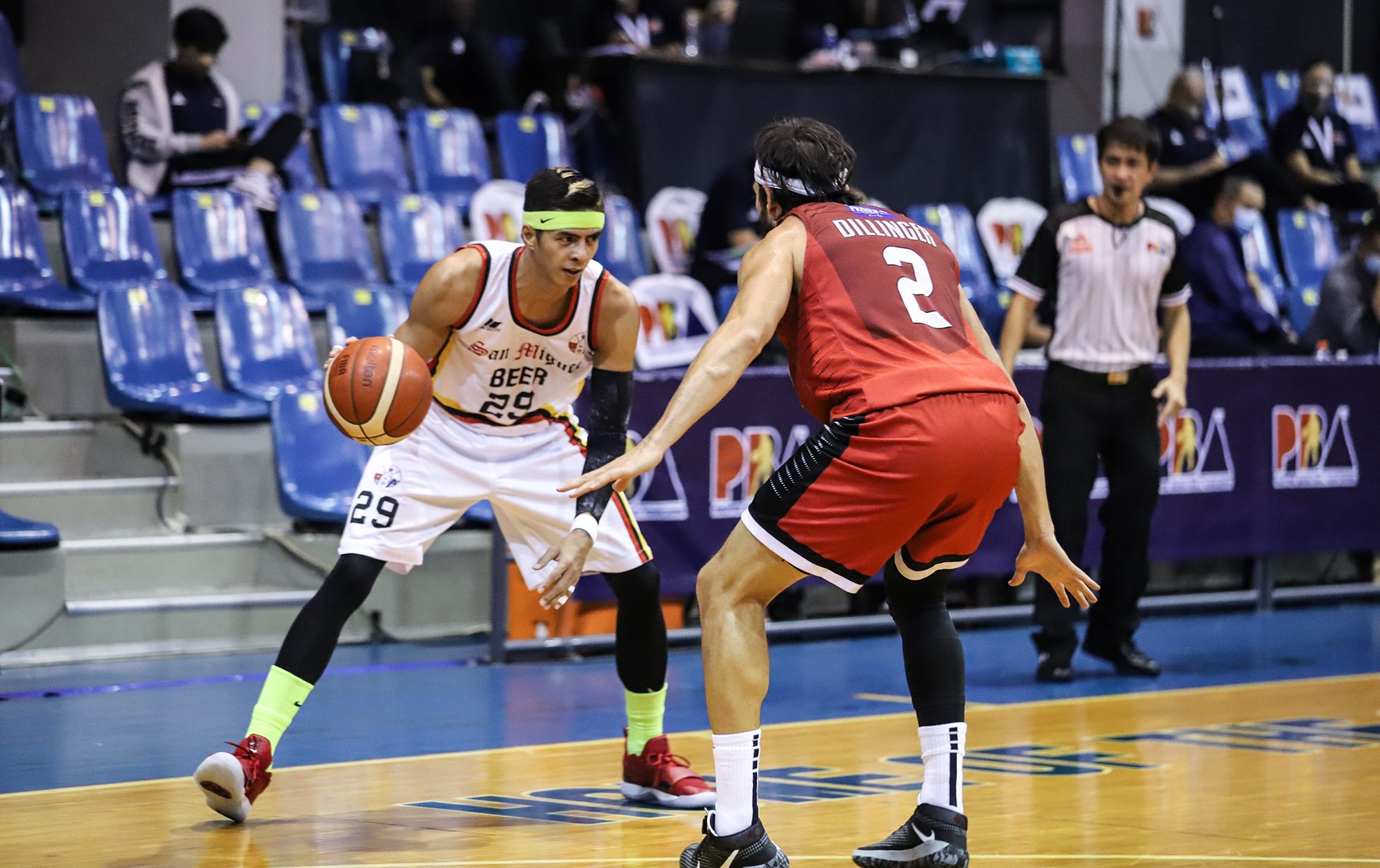 BACK IN ACTION. Arwind Santos and the San Miguel Beermen look to bring back their lethal form.

Facebook Twitter Copy URL
Copied
Although 95% of the players have been vaccinated, protocol violators will still be slapped a hefty fine and a 10-day suspension without pay

After multiple setbacks brought by the ongoing pandemic, the PBA is finally set for a return on Friday, July 16, and commissioner Willie Marcial has bared more details regarding the league’s departure from a bubble setting for its games.

Although the game schedule will not be released until Monday, July 12, the league has already secured Ynares Sports Arena in Pasig for its closed-circuit format tentatively for the next two conferences. The same single round-robin format with best-of-seven playoffs will be followed.

In this format, the players are now allowed to go home after games, but they have to go straight there, and only straight back to the playing gyms for practice and games.

Teams also have a time limit in Ynares, and must exit the venue quickly to make way for sanitation procedures and the two teams playing next.

For now, however, the league is still negotiating for a possible amendment of the Joint Administrative Order that forbids contact sports in the “NCR Plus” bubble, so teams can have tuneup games and full scrimmages before and during the season.

Although 95% of the league’s players have reportedly already been vaccinated, closed-circuit format violators will still be slapped a hefty P75,000 fine and a 10-day suspension without pay.

Also, if a player gets positive for COVID-19, his entire team and the opposing team, if any at the time, will be quarantined. After seven days, non-positive teammates and opponents may return to action, but the initial positive player has to stay for the full 14-day window.

Game days will have triple-header slates on Wednesdays, Fridays, Saturdays, and Sundays every week, before going down to double-headers once PBA 3×3 also tips off tentatively in about a month.

To make room for possible makeup games due to positive virus tests and team isolations, the league will only have a one-week break before the second conference kicks off, possibly with imports.

However, if foreigners are not yet allowed to play by that time, the league is also open to back-to-back All-Filipino conferences.

All in all, Marcial hopes that the entire PBA Season 46, barring more lockdowns and suspensions, will be done by January 2022. – Rappler.com