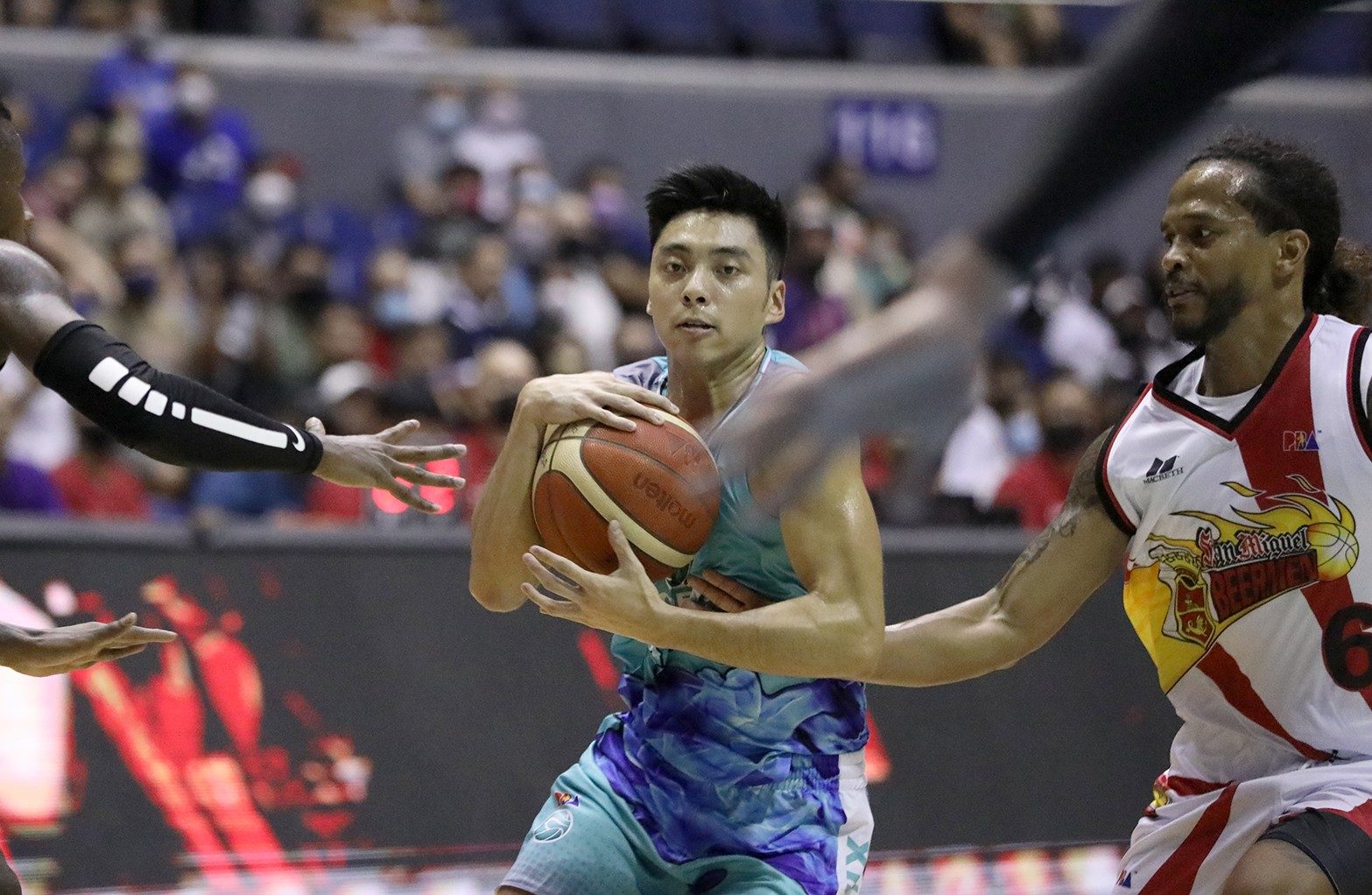 MANILA, Philippines – Tyler Tio fulfilled one of his dreams when he stepped on the PBA hard court, but he did more than just that.

Tio impressed in his PBA debut after netting 17 points as a starter for Phoenix, albeit in a 100-108 loss to San Miguel in their respective Philippine Cup openers on Wednesday, June 8.

Drafted 14th overall out of Ateneo, Tio flaunted his long range marksmanship by going a perfect 5-of-5 from three-point land as he and fellow rookie Encho Serrano helped keep the Fuel Masters afloat against the title-hungry Beermen.

“I’m pretty happy with the debut. First game nerves, got that out of the way. I’m happy that I was able to help my team,” said Tio.

“Dream come true. I’ll just take it in and be happy.”

Tio came into the game with more pressure than usual as Phoenix head coach Topex Robinson decided to include him in the starting lineup.

But Tio hardly looked out of place as he scored the Fuel Masters’ first points off a triple and almost sank a crucial bucket with a minute remaining that could have changed the complexion of the endgame.

“Coach Topex told me on draft night that they were looking for a starting point guard, and I’m just really thankful for the trust that he gave me from the beginning. It is nice to have a coach that believes in me in this level,” Tio said.

“I had to repay his trust.”

Tio also relished the chance to go up against the likes of June Mar Fajardo, Vic Manuel, CJ Perez, and Chris Ross, whose performances showed the rookie-laden Phoenix side still has a long way to go.