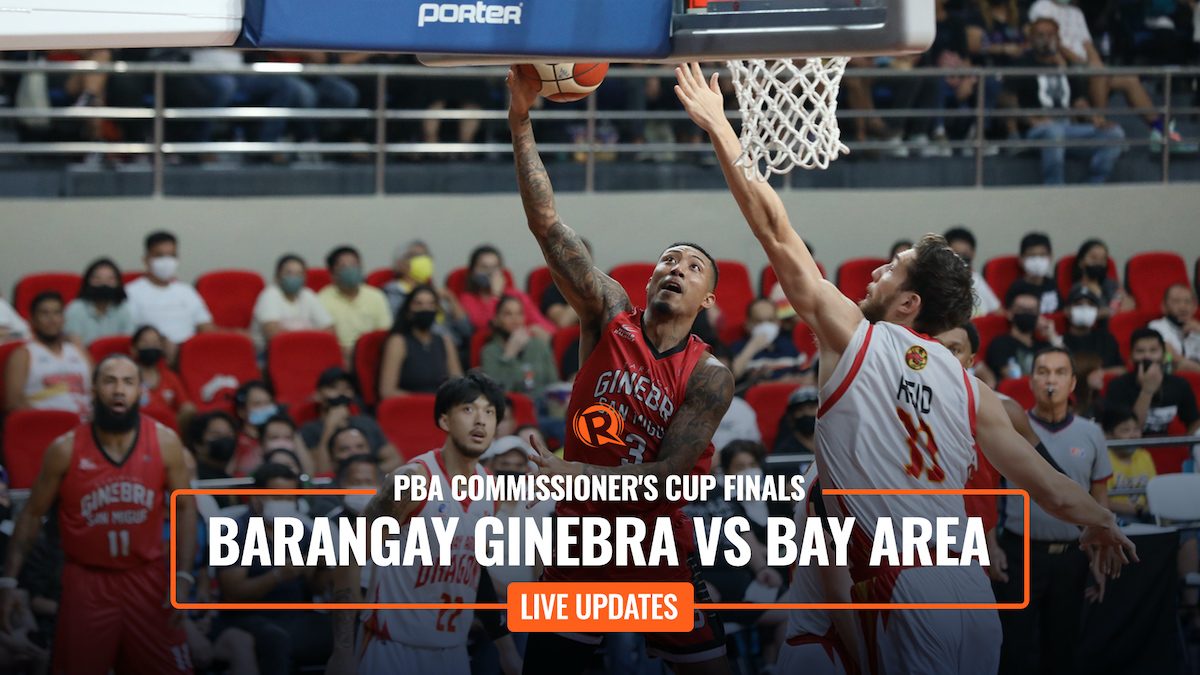 MANILA, Philippines – Barangay Ginebra turned to its locals before Justin Brownlee took over late in its 96-81 mauling of Bay Area in Game 1 of the PBA Commissioner’s Cup finals at the Mall of Asia Arena on Sunday, December 25.

LA Tenorio led the locals in scoring with a conference-high 22 points, while Christian Standhardinger and Scottie Thompson tossed in 16 and 14 points, respectively, as the Gin Kings seized control of the best-of-seven series.

Brownlee chalked up a game-high 28 points, delivering down the stretch with 10 fourth-quarter points to help Ginebra deal the Dragons just their second loss over the last 10 games.

Peace and love get set aside on Christmas Day as Barangay Ginebra and Bay Area begin their best-of-seven war for the PBA title.

Eyeing their fourth championship in six conferences, the Gin Kings look to draw first blood against the guest team Dragons in Game 1 of the Commissioners Cup finals at the Mall of Asia Arena on Sunday, December 25.

Taking home the crown is the goal, but the Gin Kings know they are fighting for something bigger than themselves.

The Gin Kings are expected to bank on resident import Justin Brownlee, who has not lost in the finals over the last five occasions he powered the crowd darlings to the championship round.

Brownlee has emerged as the top contender for his third Best Import honors, averaging 28 points, 10.2 rebounds, 6.8 assists, 1.7 blocks, and 1.2 steals.

The Dragons have all the tools to achieve that feat, with former NBA veteran Andrew Nicholson leading the way for the visitors.

Although ineligible for the Best Import award, Nicholson has been on a class of his own as he norms 36.2 points, 13.3 rebounds, 2 assists, and 1.1 steals.