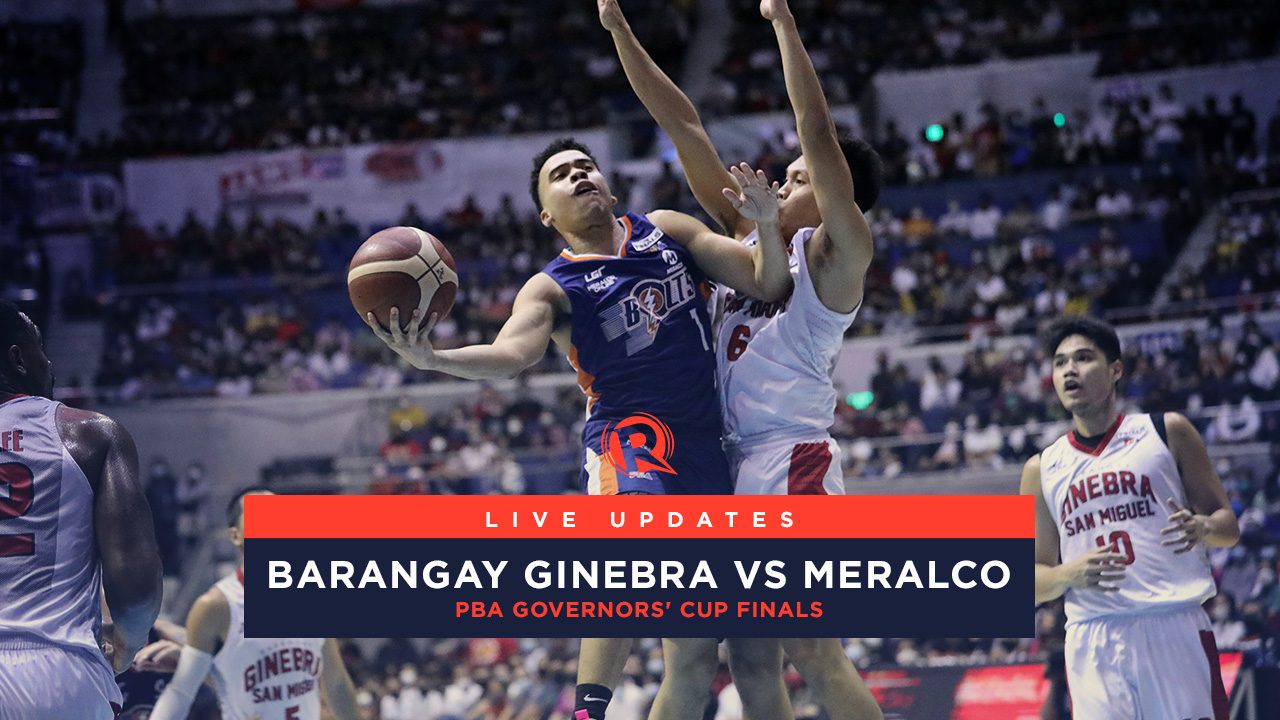 Barangay Ginebra doused Meralco’s huge fourth-quarter comeback, 115-110, to take a 3-2 series lead and move within a win of a championship in the PBA Governors’ Cup on Sunday, April 17.

Justin Brownlee erupted for 40 points and Scottie Thompson also flirted with a triple-double, finishing with 19 points, 9 rebounds, and 11 assists in the Game 5 victory as Ginebra led the series for the first time.

A pivotal 3-2 lead in the PBA Governors’ Cup finals will be up for grabs as Barangay Ginebra and Meralco duke it out in the all-important Game 5 at the Araneta Coliseum on Sunday, April 17.

No team has won back-to-back games in the best-of-seven affair, with Games 1 and 3 going the Bolts’ way and the Gin Kings taking Games 2 and 4.

But Ginebra seeks to change the trend as it looks to bank on its rousing 105-94 win in Game 4 in its bid to move on the verge of its fourth Governors’ Cup title in the last six seasons.

“It is [down to a virtual] best-of-three series and it is equal. So basically, whoever gets the next game is going to have the leg up,” said Gin Kings head coach Tim Cone.

Meralco, though, seems to always find a way to contain Brownlee the next game after a big performance.

Brownlee erupted for a conference-high 47 points in their semifinals clincher against NLEX, but got limited to 27 points on a conference-low 35% shooting in Game 1 of the finals.

The Bolts then held Brownlee to a conference-low 19 points in their Game 3 win after he churned out a finals-high 36 points on top of 13 rebounds and 9 assists the previous game.

“We’re trying to win a championship. So your performance on the court, your production on the court will determine whether you’ll win or not,” said Meralco head coach Norman Black.