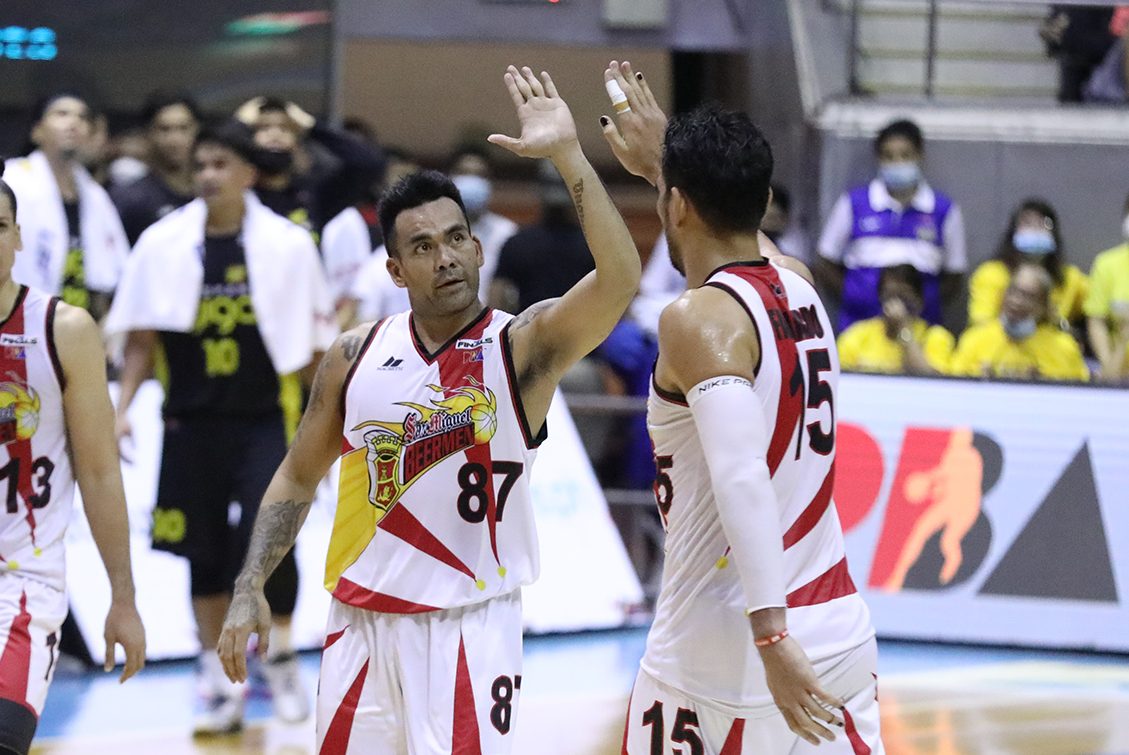 Facebook Twitter Copy URL
Copied
Vic Manuel is 0-5 in championship battles, with most of his finals heartbreaks coming at the hands of his current team San Miguel

MANILA, Philippines – It can be quite ironic, but Vic Manuel is eager to win his first PBA championship against the same team that broke his heart in the finals multiple times.

The hulking forward inched closer to that goal as he delivered his best game in the Philippine Cup playoffs to help San Miguel level its championship duel against TNT at 1-1 with a 109-100 victory on Wednesday, August 24.

A spark plug off the bench, Manuel netted 20 points on 10-of-19 shooting in 25 minutes and proved key in their fourth-quarter breakaway by scoring 8 points in the final frame.

“San Miguel made me cry multiple times,” said Manuel in Filipino. “Of course, it is still a motivation for me to win a championship.”

Manuel reached the finals five times during his stint with Alaska, but a PBA title remained elusive as they fell short of the grand prize each time.

Three of those finals losses came at the hands of San Miguel, including the “Beeracle” in the 2015-2016 Philippine Cup that saw the Beermen stun the Aces by becoming the first team in PBA history to come back from a 0-3 hole.

After a short stay at Phoenix and a trade from NorthPort, Manuel found himself back in title contention as part of a historically dominant San Miguel side that won five straight All-Filipino crowns from 2015 to 2019.

The 35-year-old veteran, though, does not plan to rest on their laurels.

“I know they’re always in the finals and they always win a championship. But I have to help,” he said.

“Of course, I cannot relax and just wait to become a champion without helping the team. That does not look good. I cannot afford not to contribute to the team.”

Manuel also wants to make the most out of his playing time given by head coach Leo Austria.

“Even before I got here, I knew it was hard to get minutes. It is a bonus whenever coach plays me, whenever he gives me minutes. I want to repay that.”

With Manuel finding his touch, the Beermen shoot for a 2-1 lead when they meet the Tropang Giga in Game 3 on Friday, August 26, at the Mall of Asia Arena. – Rappler.com