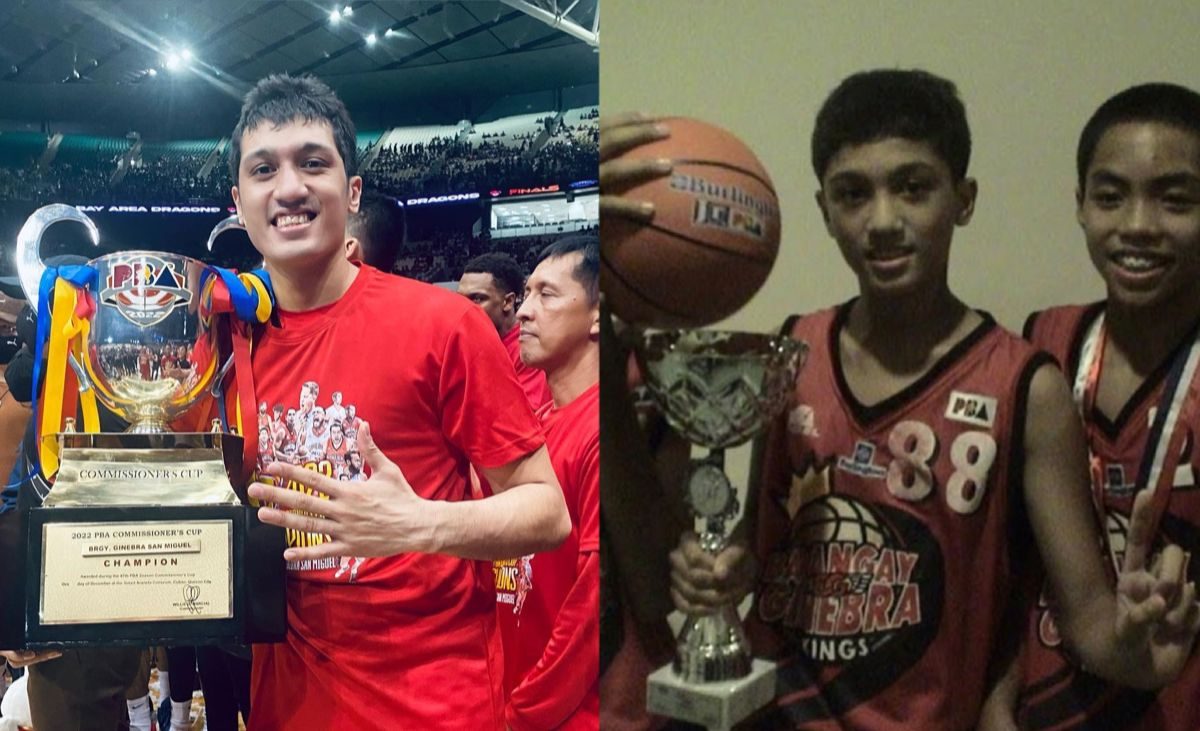 KABARANGAY. Von Pessumal wins his fifth PBA championship and first with Barangay Ginebra – 17 years since he played for the team in a junior PBA event.

Pessumal revealed he played for the Gin Kings in a junior PBA tournament almost two decades before he won his first championship with the squad.

On Wednesday, January 25, Pessumal posted on Instagram photos and videos from 2005 showing him holding a trophy and scoring buckets while wearing a Ginebra jersey.

Like Dimaunahan, who made a name for himself as a deadshot, Pessumal has also proven to be a reliable marksman, helping San Miguel win four PBA titles.

He was part of the Beermen crew that captured the Philippine Cup crown earlier this season before he got traded to the Gin Kings.

In just his first conference with Ginebra, the team reigned supreme in the Commissioner’s Cup, where it outlasted guest team Bay Area in a best-of-seven finals that went the distance.