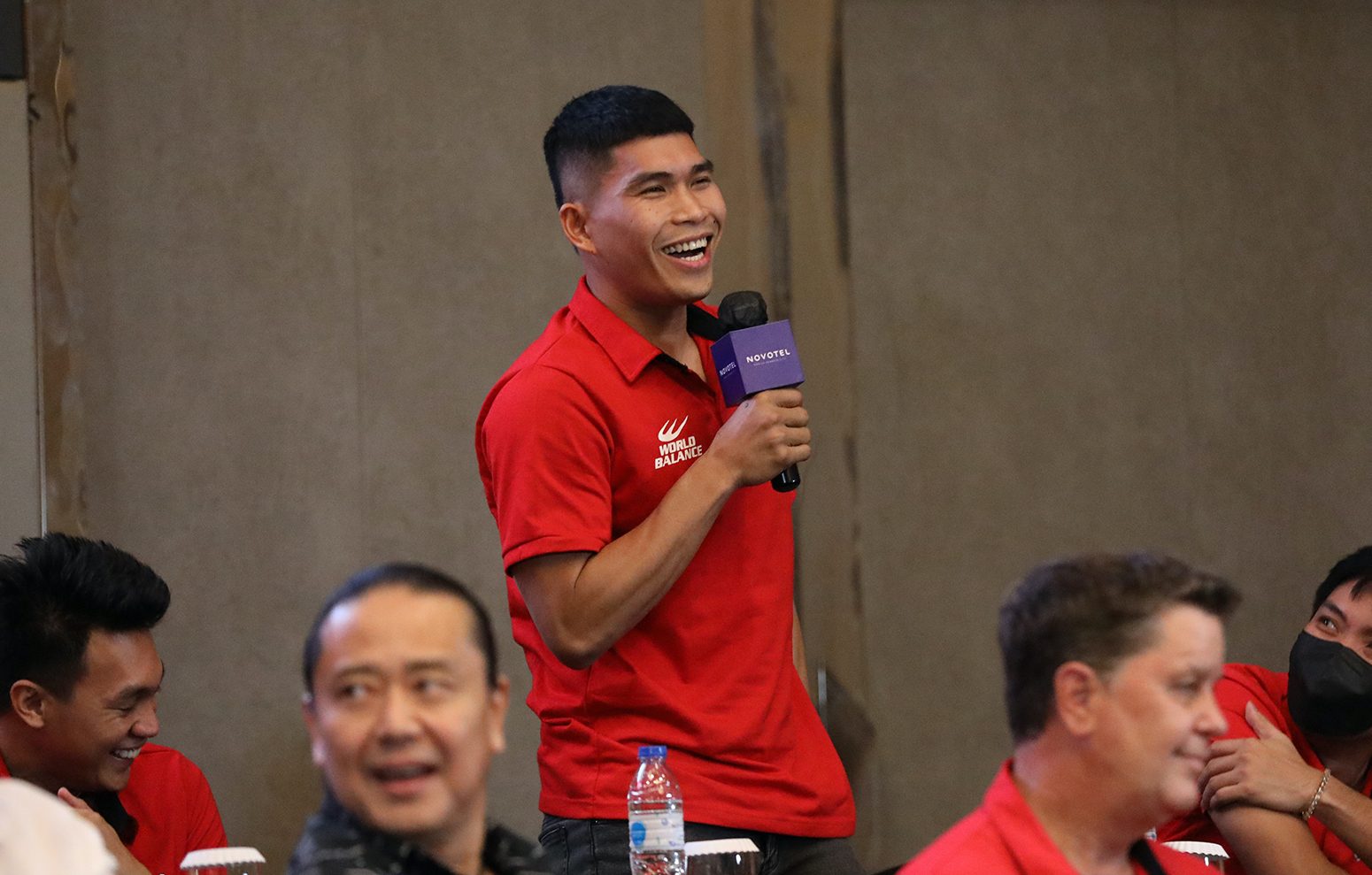 DIFFERENT SQUAD. John Pinto returns to the finals, but this time as a member of Barangay Ginebra.

MANILA, Philippines – The PBA finals is no longer an unfamiliar territory for John Pinto, but contending for a championship with Barangay Ginebra is.

What makes the experience even more surreal is the fact that he will be going up against Meralco, the team he left in the middle of the PBA Governors’ Cup to join Ginebra.

Pinto will get a crack at his first PBA championship as the Gin Kings and the Bolts figure in a best-of-seven duel for the Governors’ Cup crown starting on Wednesday, April 6.

“I did not,” said Pinto in Filipino when asked if he envisioned this finals matchup. “But it has been this way even when I was with Meralco.”

“It feels weird because I came [from Meralco] and now I’m in the finals [with Ginebra].”

Pinto was already with the Bolts when they faced the Gin Kings in the finals of the 2019 Governors’ Cup – the third time the two teams tangled for the season-ending conference.

Ginebra went on to wrap up the series in five games to deny Pinto and Meralco a breakthrough championship.

But the gutsy guard opted to part ways with the Bolts earlier this year and signed with the Gin Kings as an unrestricted free agent.

He has been a key figure in the playoffs, averaging 6.2 points, 2.8 rebounds, and 2.5 assists as he helps compensate for the absence of injured Ginebra star Stanley Pringle.

“We treated each other as family when I was with Meralco. I’m happy for them because they have a chance to win their first championship,” Pinto said.

“I’m also happy because I’m with Ginebra and I have a chance to become a part of the Ginebra legacy of winning a championship.”

Knowing Meralco, Pinto expects a neck-and-neck battle between his former and current team.

“It is a 50-50 chance. Meralco is strong. Ginebra, on the other hand, knows how to win. Meralco is hungry, but Ginebra has figured out a way to win,” Pinto said.

“We will see. It will probably be a long series.” – Rappler.com