Will Navarro moving on at NorthPort after scrapped KBL move 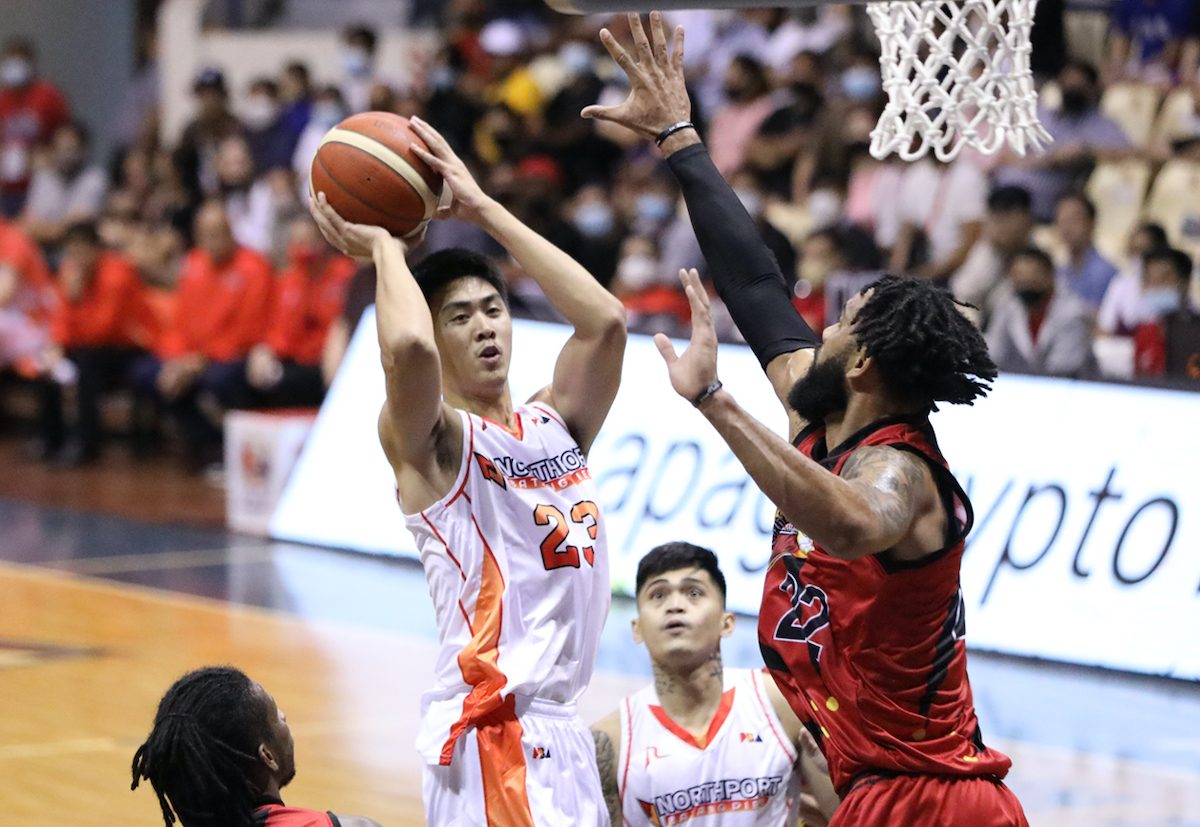 MOVE ON. William Navarro and his camp feel that playing for NorthPort is the 'best decision' for his career now.

Navarro said he is moving on from his derailed attempt to play in the Korean Basketball League as he finally debuted in the PBA, albeit in a 104-86 loss to San Miguel on Wednesday, October 26.

The former Ateneo standout still put up decent numbers of 14 points, 2 rebounds, and 1 steal off the bench despite being away from competitive basketball for three months since he last played in the FIBA Asia Cup in July.

“Af first, of course I got upset because it did not push through,” Navarro said in a mix of Filipino and English about his scrapped move to the KBL.

“But I’m moving on now. Now, I do not think about it. My focus is I’m here at NorthPort. I’ll play, do my part, and just work,” he added.

KBL club Seoul Samsung Thunders signed Navarro in July, but the Samahang Basketbol ng Pilipinas denied his request for clearance, saying he has to fulfill his contractual obligations as a full-time Gilas Pilipinas player.

Also, the SBP said the professional rights of Navarro belong to the Batang Pier, the squad that drafted him in the PBA before he got loaned to Gilas Pilipinas.

The 25-year-old forward pleaded to the SBP, the PBA, and NorthPort for his release as he sought to pursue his KBL dream but to no avail.

A month since that hullabaloo, Navarro and his camp opted to strike a deal with the Batang Pier.

“My manager and I feel like this was the best decision because I really needed to play,” Navarro said. “It has been a long time since I last played. It felt like I was not a basketball player anymore because I was not playing.”

“At least now, I’m playing. I’m happy, but we lost, so mixed emotions.”

Despite his fallout with the SBP, Navarro said he remains open to donning the national colors if the call of duty comes.

“I’m always ready to represent the country. That has been my dream before ’til now. If they call me, I’m still willing to play,” he said. – Rappler.com