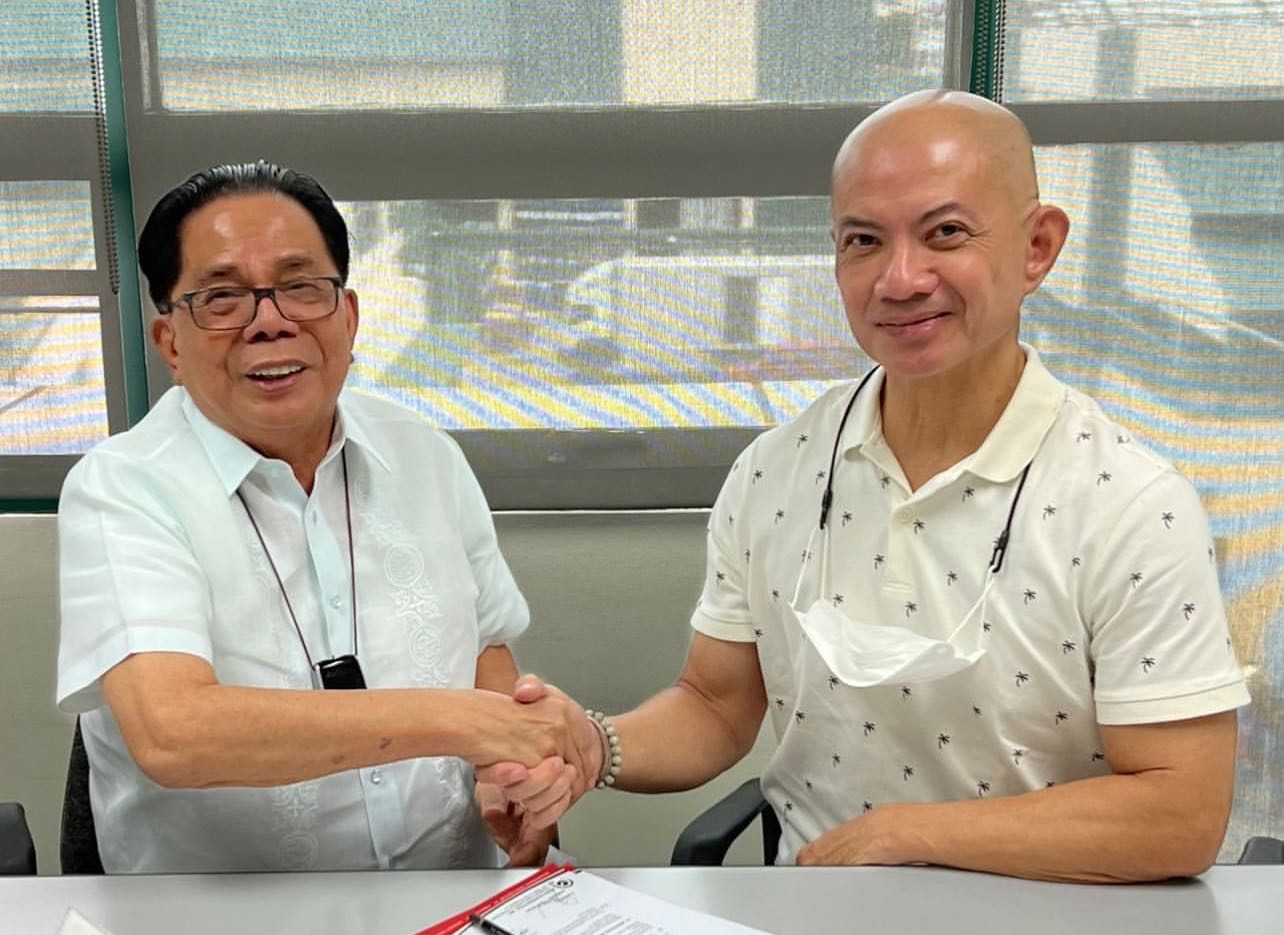 BACK IN TOW. Yeng Guiao seals the deal with Rain or Shine governor Mamerto Mondragon.

It did not take long for Guiao to find a team following his exit from NLEX as he reunites with Rain or Shine, the team announced on Monday, September 5.

Guiao called the shots for the Elasto Painters from 2011 to 2016 and led the franchise to two PBA championships and six finals appearances.

He left the squad in 2016 to join the Road Warriors, but they mutually parted ways this September following a six-year partnership.

While the Elasto Painters’ roster has been overhauled, familiar faces welcome back Guiao as he links up with Gabe Norwood, Beau Belga, and Jewel Ponferada – the only remaining players from the last time he coached the team.

With Guiao back in tow, Rain or Shine looks to rediscover its winning ways after missing the playoffs of the past two conferences under the tutelage of Chris Gavina.

Gavina remains with the franchise as an assistant to Guiao. – Rappler.com