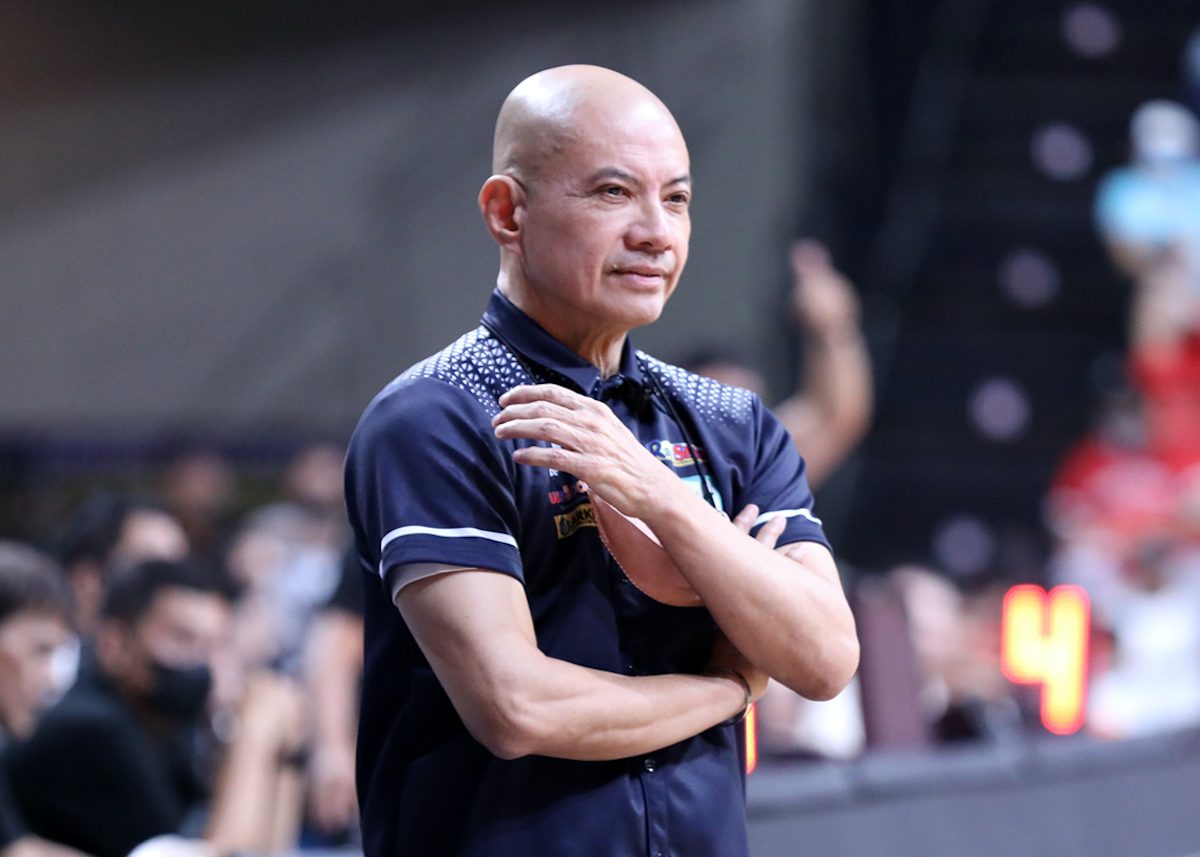 GOAL. Yeng Guiao looks to steer Rain or Shine to the playoffs in his first conference back as the Elasto Painters' head coach.

MANILA, Philippines – Rain or Shine head coach Yeng Guiao plans to set personal relationships aside as his former team NLEX stands in the way of his mission to guide the Elasto Painters back to the playoffs.

Rain or Shine failed to clinch an outright quarterfinal berth in the PBA Commissioner’s Cup after squandering a double-digit lead in a 106-90 loss to Magnolia in the final game of the elimination round on Friday, December 2.

Now, the Elasto Painters need to overcome the Road Warriors in a sudden death for the last playoff berth on Sunday at the PhilSports Arena.

“I’m not trying to dwell on our past relationships or my former players, my former coaching staff being there. We’ll prepare for them like any other team.”

Something has got to give between Guiao and NLEX as they cross paths again.

While Guiao led the Road Warriors to the semifinals twice, NLEX never qualified for the Commissioner’s Cup playoffs throughout his six-year run with the franchise.

Guiao last made the quarterfinals of the mid-season conference in 2016, the final year of his first stint with the Elasto Painters.

On Sunday, either one will break that dry spell.

But Guiao said he is more focused on helping Rain or Shine end a two-conference playoff drought more than the idea of beating his former squad.

“It’s been a long time since this team reached the quarterfinals,” Guiao said.

“If we make the next round, that’s already going to be an improvement. That’s what we want, we’re trying to validate our hard work, and by winning on Sunday, that gets validated.”

For Guiao, a point of emphasis in the knockout match is putting the shackles on Road Warriors import Earl Clark.

The top performer in their back-to-back wins over Barangay Ginebra and Meralco that kept NLEX in the playoff hunt, Clark is averaging stellar numbers of 31.9 points, 15.9 rebounds, 3.9 assists, 2.4 blocks, and 1.4 steals.

“I think they’re heavily reliant on his scoring,” Guiao said of the Road Warriors.