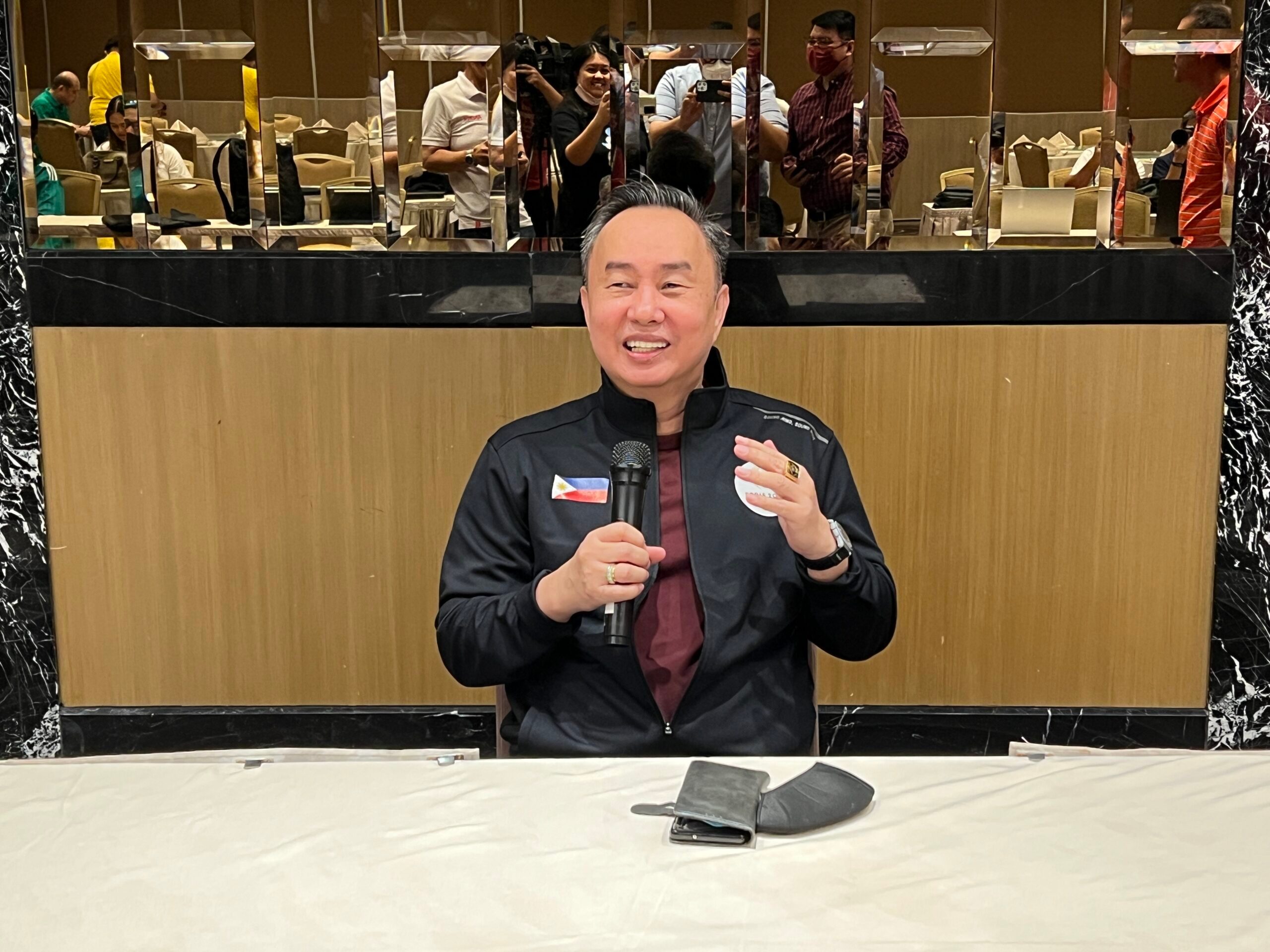 MANILA, Philippines – The Philippine Olympic Committee (POC) expressed concern on Tuesday, January 10, over the possibility of not placing on top of the 32nd Southeast Asian (SEA) Games medal tally.

According to POC president Abraham “Bambol” Tolentino, the Cambodians have circumvented the projection of medal winnings towards the hosts, a usual practice in the biennial conclave.

“Frankly, we are getting nervous of the output because of the formula of Cambodia, putting a cap on martial arts and non-martial arts events,” rued Tolentino in a mix of English and Filipino during the Philippine Sportswriters Association Forum at the East Ocean Palace Restaurant in Parañaque City.

“I have a gut feeling we will not finish first based on the formula of Cambodia, but we are projected whether second, third, or fourth,” he continued.

In many events, opposing countries cannot participate in all events except the hosts, leaving them with more chances of copping the gold.

Nevertheless, Tolentino added that the POC is ready for a windfall of medal winnings for 2023, a year seen to be one of the busiest in Philippine sports history.

Among the bevy of high-level competitions for team Philippines include the FIBA World Cup to be co-hosted locally, the FIFA Women’s World Cup in New Zealand, and various qualifying tournaments for the 2024 Paris Olympics.

In continental play, the postponed 19th Asian Games will proceed in Hangzhou, China, while the 6th Asian Indoor and Martial Arts Games in Thailand will be held as well, on top of the Cambodia SEA Games.

Starting with the 20th Asian Games, participants are now required to meet qualifying standards akin to the Olympics, unlike the current process of just naming them to the delegation.

Bachmann, also on Tuesday, assured that there will be no delays in financial stipends to national athletes.

“That is the most urgent matter, to help [the athletes],” remarked Bachmann during the PSC’s flag ceremony.

“If there is any delay of allowances of any athlete, please delay mine and my salary also. Give me the names of those athletes, the names of the [national sports agencies], and I will personally take care of it. When I say that there is no delay in allowances, I’m going to make it happen,” boldly declared Bachmann.

On the other hand, on the books as well for this year is the ratification of the new POC constitution, which was amended shortly after Tolentino’s election in November 2020.

The immediate past president and chairman have been removed from the POC board, and the president is now limited to three consecutive terms of four years each.

Moreover, a presidential candidate cannot exceed 75 years of age by election time, according to the approved guidelines by the International Olympic Committee.

The next election is set for 2024, in line with the mandated voting process every Summer Olympic year. – Rappler.com