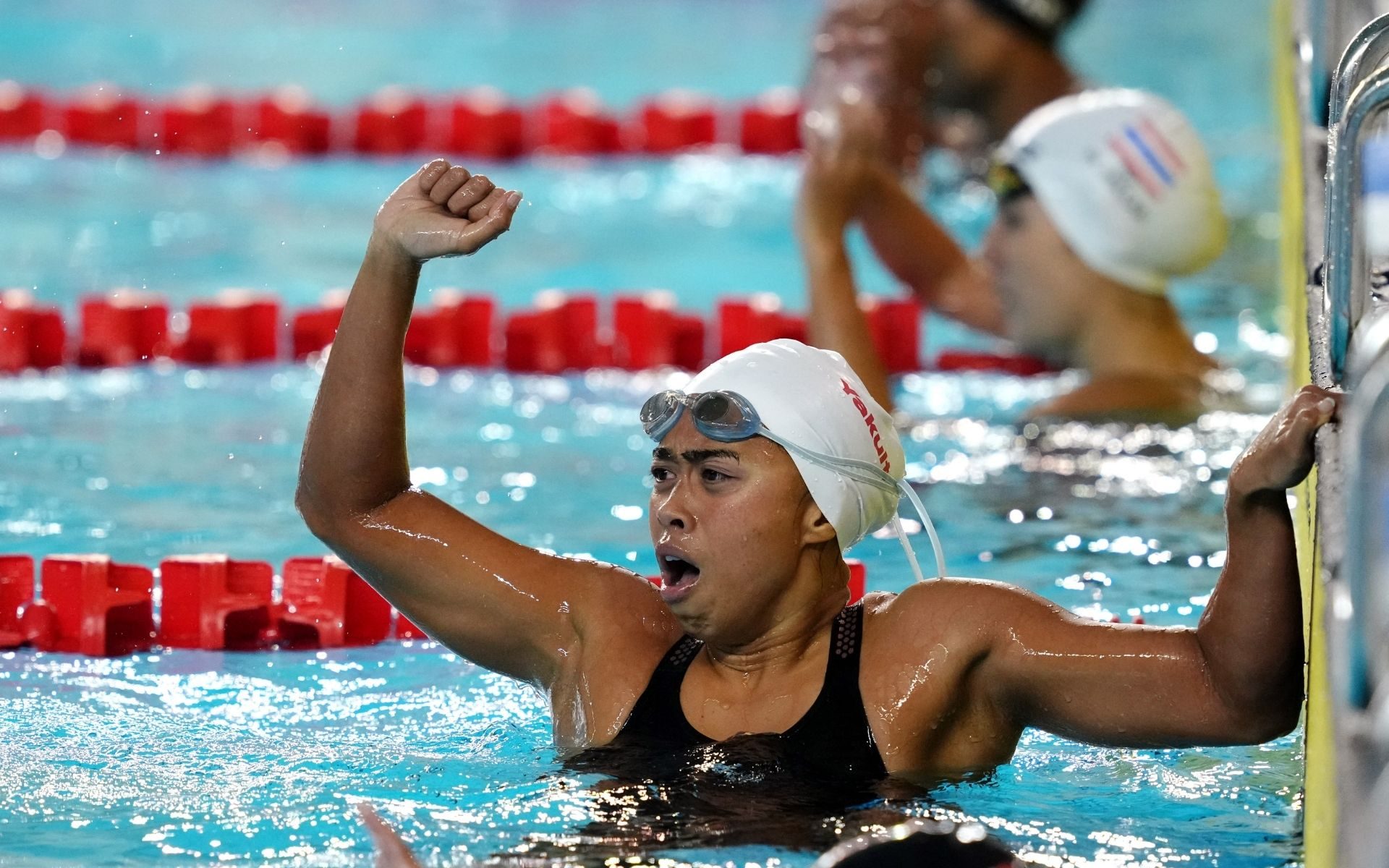 In a statement released last Sunday, June 12, Velasco said that the 23-year-old’s exclusion from the world meet set at Budapest, Hungary was “based on a process” and “not a personal decision.”

Currently, the national team roster is made up of Jasmine Alkhaldi, Miranda Renner, and Jonathan Cook.

“There was no preferential treatment given to any athlete and, to the best of its efforts, PSI provided all its athletes with as much opportunity to qualify as FINA made possible,” she said.

At the conclusion of the Hanoi SEA Games in Vietnam, Isleta, Alkhaldi, Renner, Cook, Luke Gebbie, and Jerard Jacinto all met specific FINA criteria to join the world championships.

With only four swimmers allowed per country, the initial list included Alkhaldi, Gebbie, Renner, and Isleta. The first three were selected due to their FINA Standard Entry Times, while Isleta got in by her FINA points.

However, after Jacinto begged off due to medical reasons, Gebbie also pulled out due to an injury, which suddenly left the PSI “in a predicament.”

Cook – who also got in through FINA points – easily took Gebbie’s male swimmer spot, but Isleta became the odd woman out because under FINA by-laws, national teams must have two male and female swimmers each unless the team members got in through Standard Entry Times.

As noted earlier, Alkhaldi, Gebbie, and Renner got in through such a prerequisite, which explained the three-female, one-male team. However, with Gebbie’s pullout, only two now have the required Standard Entry Times, and per the by-laws, Standard Entry Times take precedence over FINA points.

Per its statement, PSI sought an exception from FINA, but its request was denied, and was only allowed to replace Gebbie with Cook.

With no other options left, only Alkhaldi, Renner, and Cook will proceed to the Budapest world championships from June 17 to July 3.

“PSI decided to extend the nomination deadline of May 3, 2022 to include the 31st SEA Games, an exception consistent with FINA’s decision, as it gives opportunity to all athletes, including Jonathan and Chloe, to meet any of the Standard Entry Times,” Velasco said in the statement.

“PSI feels that it did not provide any unfair advantage to any of the candidates vying for a spot at the championships roster as they all had the same opportunity to qualify one last time.” – Rappler.com