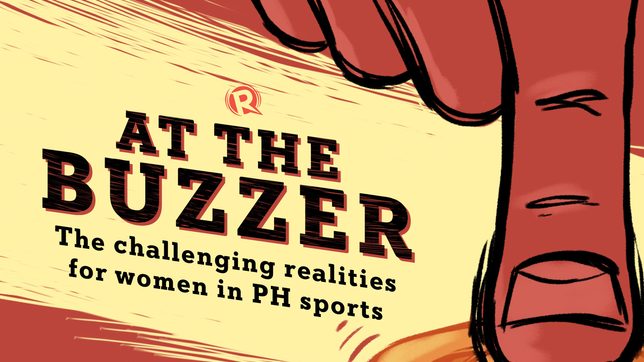 On the latest episode of the At the Buzzer podcast, host Naveen Ganglani is joined by sports journalist Ceej Tantengco and National University basketball star Camille Clarin to discuss the obstacles that women face in Philippine sports, particularly in basketball.

Ceej, a longtime advocate for gender equality, shares facts and opinions on why it’s more difficult for women’s sports teams to flourish, while Camille gives the perspective of someone who lives through the challenges almost every day.

Ceej, a writer and host, recalls experiences of gender stereotyping in her media career and how she’s pivoted to fight that. Camille, a national team standout, provides insights on how she deals with the criticism of people looking in from the outside, including judgmental social media users.

They also discuss what men can do to help end the biases against women in sports and help them flourish, among many other explosive topics.

As they say, “Invest in women, don’t bet on women.”

Here is an excerpt from the episode:

Naveen: How big is that part of it, the parents and how they bring up their kids, and with that in mind, does that mean the future is in good hands, because in the future it’s going to be the new generation like us who are raising kids to have new beliefs?

Camille: Do you wanna take this one? Show your shirt!

Ceej: My shirt says, “Raise boys and girls the same way.” I just want to put it out there: ‘Wag kang makiki-hashtag #GirlDad just because you are a Kobe fan, if you’re not going to push equal rights for your daughter.  If you’re going to bring up your daughter and tell her, “Hey, don’t do this, kababae mong tao,” don’t use hashtag #GirlDad, get out of here.