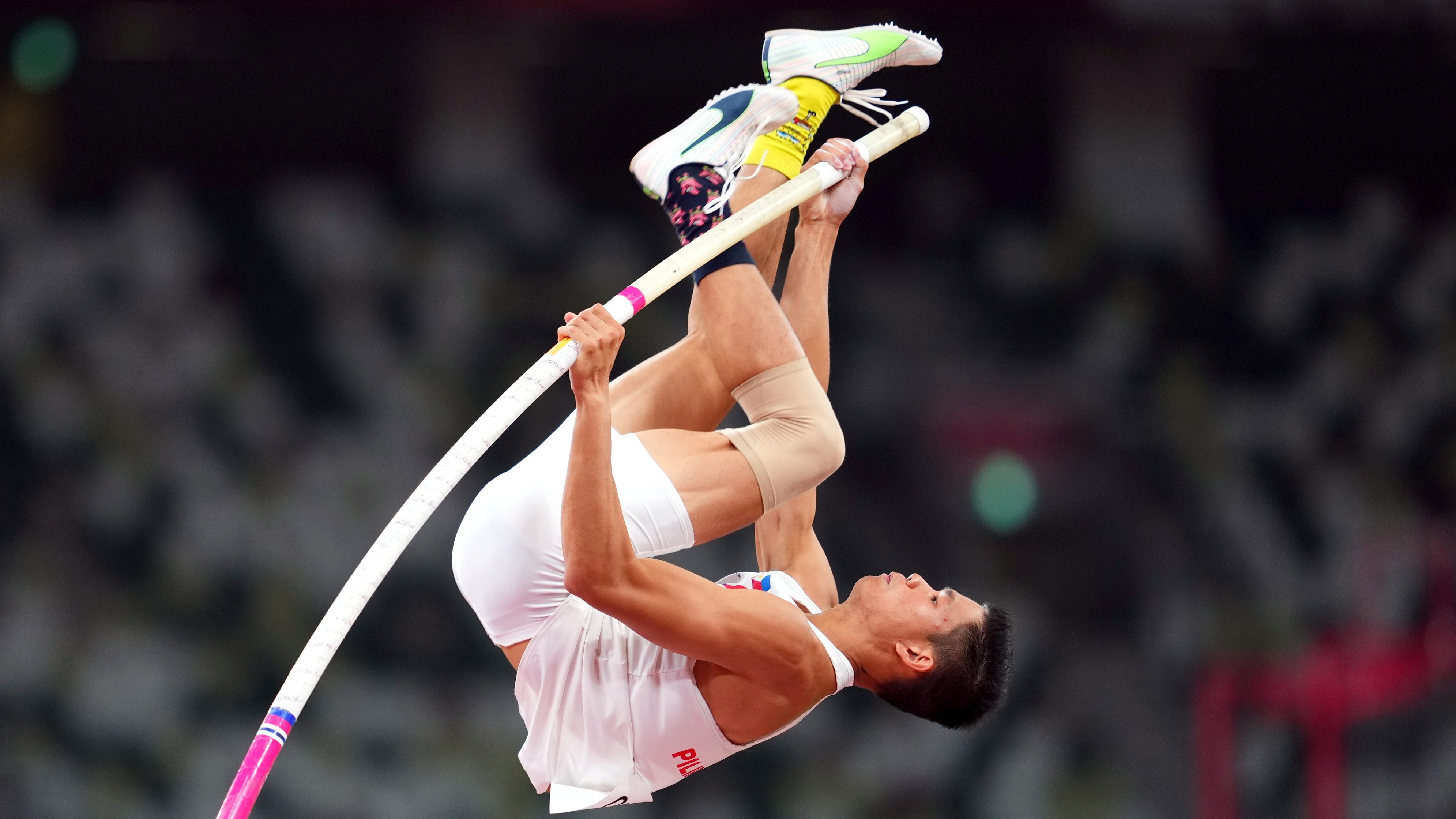 Obiena failed to crash into the top 10 of the men’s pole vault final after failing to clear 5.80 meters in three attempts.

The Filipino pole vaulter protested his third attempt, sending out a complaint to field officials that the bar was moving while the clock was running.

But after being given his fourth and last chance to clear the Olympic qualifying standard time, he committed a crucial foul that booted him out of the competition.

Obiena, the only Asian in the final, cleared the 5.70m mark after three attempts before heading into the challenge of the 5.80m.

Duplantis, the world No. 1 and world record holder, breezed through the competition, making no fouls, to clinch the Olympic gold at 6.02m.

The Swedish attempted to break his world record of 6.18m by setting the bar to 6.19m, but he failed to clear all three attempts.

US’ Christopher Nilsen claimed the silver with his personal best of 5.97m.

Brazil’s Thiago Braz, the 2016 Rio Olympic champion who trains with Obiena, bagged the bronze at 5.87m, which is the Philippine record held by the Filipino.

Before the Olympics, the 25-year-old had a hot campaign in the outdoor season, resetting the national outdoor pole vault record twice.

The 25-year-old pole vaulter, the first Filipino to qualify for the Tokyo 2020 Olympics, also kicked off the year eclipsing the Philippine indoor pole vault record thrice.

He has been living in Formia, Italy since 2014 to train with multi-titled coach Vitaly Petrov and Braz. – Rappler.com