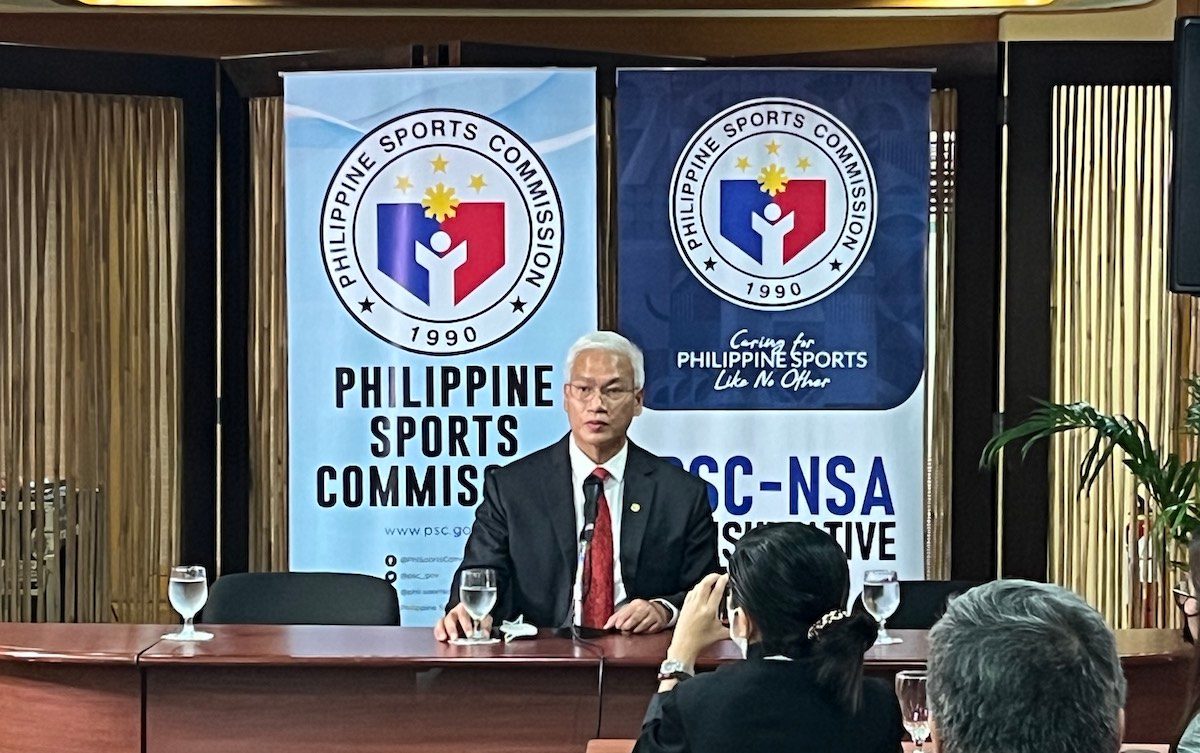 MANILA, Philippines – The Philippine Sports Commission (PSC) on Thursday, October 13, urged national sports associations (NSAs) to be responsible in providing genuine care to its athletes in its usage of public funds.

PSC leadership met with 68 out of 74 invited NSAs to conduct a consultative meeting at the Philippine International Convention Center in Pasay.

“This is part of our program to iron out the kinks between the PSC, the NSAs, as well as the Philippine Olympic Committee, this is our way of reaching out and extending our hand in genuine cooperation,” PSC chairman Noli Eala told reporters.

According to Eala, the PSC invited representatives from the Commission on Audit and the Securities and Exchange Commission to lay out the groundwork in compliance with state policies.

It also brought in the sports ministry’s chief accountant to discuss liquidation and disbursement requests of items procured through PSC funds, a recent hot-button issue.

Eala also bared the proposal of sports programs that will cater to the grassroots and elite athletes, namely the Duyan ng Magiting (Cradle of the Brave) and the Gintong Laban (Golden Fight).

“We are hoping to tweak project Gintong Alay, where we take care of the elite athletes in the highest levels of competition by raising enough funds as well as building infrastructure,” said Eala.

The Gintong Alay program was a project of former President Ferdinand Marcos that assigned “godfathers” to sports programs, such as the late Eduardo “Danding” Cojuangco taking care of men’s basketball through the Northern Consolidated Cement team.

Eala said that he plans to tweak the former sports program of the Marcos dictatorship by tapping willing sponsors in donating to a pool, whose funds will be distributed to NSAs.

“The principal benefit is that we are able to give them tax benefits, tax deductions. The PSC can provide 100% tax deductions on their donations,” explained Eala.

“I think it’s more important for many of them that they are helping sports… it is a project for nation-building, it’s a project for the national psyche, our happiness quotient goes up when we succeed in sports,” he continued.

Eala is also hopeful in seeking Congress’ approval of making May a National Sports Month, where various state-sponsored sporting events will be held.

The PSC also mentioned that it will continue supporting grassroots events such as the Batang Pinoy, Palarong Pambansa, and the CHEd National Games. – Rappler.com